Gary Clark Jr.’s performance on Saturday Night Live this past weekend was perhaps most notable for his rendition of “This Land”, his deeply personal rage anthem about racism in America (even if some of the more explicit rage was scrubbed out for TV). But, maybe because I already obsessively listened to “This Land” when it was released in January, the first song Clark played on SNL, “Pearl Cadillac,” was the tune that I can’t get out of my head. Clark has long pushed against the limits of the blues-guitar tradition he came up in, but on his new album (February 22), he showcases more range than ever, from hip-hop to reggae to delta blues to punk rock. He even channels the power ballad as perfected by Prince on “Pearl Cadillac,” as he sings in a sweet falsetto, drops big power chords in the chorus, and closes with a wailing, soulful guitar solo. Wearing a trim dark suit and a green flat-brim hat cocked just so, the Austin-born virtuoso makes it impossible not to watch him croon on the SNL stage—and when he goes into his chorus, it’s impossible not to hear the Purple One (who was underappreciated as a guitar virtuoso himself) living on through Clark.

Like most nerds, I found middle school particularly traumatic, but as an adult, I often find myself revisiting those years in a masochistic attempt to understand why and how I’ve become the person I am today. So, naturally, I was eager to dive into Hulu’s PEN15 (the title should induce cringey recognition from many twenty- and thirty-somethings). The show, which follows two uncool best friends navigating seventh grade in the year 2000, delivers on nostalgia: Remember the anticipation of inserting an America Online CD and waiting for the dial-up to connect? Collecting gel pens? Choosing the perfect AIM screenname and crafting an impeccable away message? Going to your first dance and experiencing the terror-awkwardness of a slow song? Watching the show’s 31-year-old co-creators, Maya Erskine and Dallas-born Anna Konkle, play its 13-year-old protagonists amid a cast of actual teenagers is a bit jarring at first, but the gangly Konkle, outfitted with braces and a wardrobe that seems pulled from Limited Too, inhabits the role of self-conscious Anna so fully that I adjusted within the first episode or so. (Besides, there’s something cathartic but deeply uncomfortable about watching adult women literally relive middle school.) The series tackles the highs and lows of adolescence in a nuanced, authentic way, much like Freaks and Geeks. Refreshingly, it also captures what it’s like to inhabit a changing, almost-foreign body and to explore newfound sexuality, plotlines that have traditionally been reserved for the dudes of teen comedies (though that’s changing, thanks to shows like Netflix’s Big Mouth). By halfway through the first season, I’d become completely invested in the sweet, supportive central friendship as well as the girls’ families, who are all just trying their best. It’s a show that’ll make you laugh, cry, and wince—much like seventh grade itself.

The Texas True Crime Story Behind an Oscar-Winning Film

Like most true crime junkies, I pride myself on knowing the ins and outs of all the big cases, from Jeffrey Dahmer to the West Memphis Three to JonBenét Ramsey. So you can imagine my surprise when I listened to “Burn Day,” an episode of the true crime podcast My Favorite Murder focusing on the 1991 death of Kathy Page in Vidor, which inspired the 2017 Oscar-winning film Three Billboards Outside Ebbing, Missouri. Page had recently separated from her husband Steve, who many believe was behind her suspicious death. But due in part to a bungled investigation and insufficient evidence, he never faced a criminal trial. In protest, the victim’s father, James Fulton, put up a series of billboards with messages like, “Steve Page Brutally Murdered his Wife in 1991. Vidor P.D. Does Not Want to Solve This Case.” In My Favorite Murder, hosts Karen Kilgariff and Georgia Hardstark weave humor through the facts and theories surrounding the case, bringing levity to a normally heavy subject. And if you want to hear them take on other crimes from the Lone Star State, join Kilgariff and Hardstark for “Live in Austin,” an episode focusing on another twisted Texas crime: a chainsaw killer and a bizarre poisoning in Mansfield.

Thanks to a recent class assignment, I first watched “Wings,” a classic that pioneered Texas filmmaking. When Hollywood failed to provide the diverse scenery needed, a group of filmmakers decamped to Texas. The move led to Texan cinematic classics, including The Big Parade, The Rough Riders, and the 1927 San Antonio-produced war film Wings. Silent film stars Charles “Buddy” Rogers and Richard Arlen play Jack and David, two young men fighting for the same woman’s heart—until they overcome their rivalry by fighting side by side in World War I. The original It girl Clara Bow plays Mary Preston, whose love for Jack pulls her into the Great War to serve as an ambulance driver. Stripped of the powers of sound and color, Rogers, Arlen, and Bow depend on the sheer power of their acting—theatrics which earned the movie the first Academy Award for Best Picture in 1929.

Sons sometimes follow their fathers and sometimes they don’t, and even when they do, they don’t do things the same way their fathers did. That’s one way to tell the story of William Harries Graham, son of Jon Dee Graham. The father is a longtime Austin guitarist, songwriter, and bear painter, who has played with some seminal bands and, for 21 years, has held down a regular Wednesday night gig at the famed Continental Club. The son is a University of Texas at Austin student and also a longtime guitarist and songwriter, as these things are measured—he’s been playing since age seven, started his first band at thirteen, and also has a regular Wednesday night gig at the Continental. At age twenty, as most college kids are trying to figure out what the hell to do with their lives, William put out his second album, JAKES (February 22). While the dad’s music is all hard guitar riffs and storylines of innocence and experience, the son’s is all echo and dreamy melody, washes of guitar chords and images. Jon Dee hammers, William shimmers. You might even say that sometimes William’s songs sound like a slow-motion color newsreel of pretty girls surfing—and in “Victoria,” a music video shot on the beaches of Australia (and making its world premiere here), you would be absolutely correct. 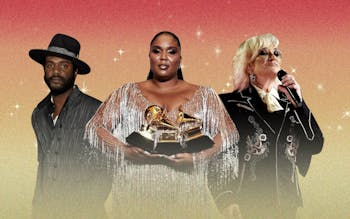 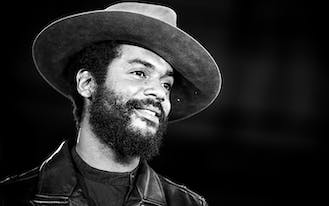 Watch an Hour-Long Performance by Gary Clark Jr. on ‘Front and Center’