It’s said that everything is bigger in Texas, and we’re pretty sure they’re not just talking the trucks and hair. As America’s only nation turned state, Texas has quite the storied history. From the inception of the Super Bowl to the creation of the now–Top Chef–approved Whole Foods Market, there have been plenty of Lone Star happenings to write home about. For this month’s cover story, fifteen writers worked to describe the 175 places and events that make Texas what it is today. Such an ambitious project is not without its challenges, as deputy editor Brian D. Sweany shares below. Here’s the story behind the story.

Texas is a pretty huge state with a long history. How did you first start looking for events? We’re guessing you didn’t just flip through a Texas history book.
That’s exactly right, though we certainly consulted more books than I can mention, from the Handbook of Texas and T.R. Fehrenbach’s Lone Star to Randolph “Mike” Campbell’s Gone to Texas and Sam Gwynne’s Empire of the Summer Moon. But the most important part of the research came from asking all of our editors and writers and folks like H.W. Brands and Stephen Harrigan what should and shouldn’t be on the list. There are few things that our colleagues at the magazine enjoy more than batting around a list like this one. It’s an opportunity for endless debate. As for the actual reporting for the individual items, the writers spent a lot of time with old newspapers and other primary sources. I wrote more than twenty items myself, and I drove to a lot of the locations and spoke to countless folks in the community and at various historical societies. It’s amazing how helpful people are—and how much they know about their town’s history.

Was there a process to figuring out which ones made the final cut?
Yes, the process was, “Don’t pull out all of your hair at once.” We had to take several things into consideration. One, the item had to have a specific location associated with it, even if that location has changed over the years. We couldn’t simply do “Nolan Ryan beats Robin Ventura silly.” The old Arlington Stadium doesn’t exist anymore, so we had to find the spot in the parking lot for the new stadium where the pitcher’s mound would have been. Beyond that, we had to have a mix of elements: high history (the assassination of John F. Kennedy, which remains one of the defining moments in Dallas history), low history (Charles Elmer Doolin perfecting the frito in San Antonio), important cultural moments (Américo Paredes taking a job as a cub reporter at the Brownsville paper), and so forth. But we also had to make sure that the road trip aspect of the story would work, so we needed a good distribution across the state. That wasn’t perfect—I would have liked to have had more items in far West Texas, for example—but I think the balance is pretty good. The idea was to drive this six thousand–mile trip without having to double back. So you start outside Glen Rose and drive generally clockwise until you end up in Austin. We didn’t want this to be simply about history. We wanted to give our readers the chance to experience history.

How long would you estimate that the whole reporting and writing process took for all the writers combined?
We had our initial meetings about this way back in October, when we first solicited a batch of ideas. It took an enormous amount of time to sort through them all. There was a moment early on when I thought it wasn’t possible to have 175 strong ideas—and then of course I realized that there was no way to get everything important on this list. There’s no mention of John Nance Garner, for example, who had a real chance to be the first president from Texas. After those first meetings, we divided up the list and asked people to review their assignments to make sure they seemed appropriate. I did the math in my head while I was in the car with my daughter one day and realized that 175 items at approximately 200 words apiece equaled a trip to the asylum. I’ve never worked on a 35,000-word story in my life—and that figure didn’t even take into consideration headlines and other kind of display type. It meant that as an editor, if I spent one minute on each item, that would require three hours to go through the entire list. So we worked this all the way through until our deadline in early February. It was by far the hardest issue I’ve ever helped put together and the most demanding of our time. I can’t begin to express my gratitude to everyone, particularly the copy editors, fact checkers, and the design team, who had to work a lot of late hours. I know that on our deadline day, we showed up starting at 7:30 in the morning and worked until 5:30 the following morning, only to get a little bit of sleep and then work until late into the night once again.

Were there any unexpected challenges or surprises during the whole process?
I knew that it was going to be demanding, but I wasn’t prepared for how time consuming it would be. The coordination between editorial and art is always a challenge for any story, but this issue was beyond anything we had done. I can’t thank T.J. Tucker, Leslie Baldwin, Andi Beierman, and Brian Johnson enough. They were able to lead a team of photographers to fan out across the state and find the precise locations we had written about. So you see where we believe Stephen F. Austin first crossed into Texas. You see the stage where Buddy Holly opened for Elvis. And you see the exact location where Mariano Martinez invented the frozen margarita machine in Dallas—it’s now a PetSmart. Of course, as tricky as that was, I think it’s also the most exciting part for the reader. We’re giving them the information they need to go to these places and relive moments in time.

A lot of the places where events occurred seem to have transformed into something completely different and unrelated to what it previously was. Which site was the hardest to pin down?
Any of the old battle sites were tricky. There’s a lot of disagreement about the Battle of Medina, for example, which took place south of San Antonio and claimed more lives than any other in Texas. There’s a small marker for the Second Battle of Adobe Walls, in the Panhandle, but it’s hard to find if you don’t know where to look. Of course, many of the urban locations have changed as well, but we made a lot of phone calls and did a lot of legwork. I heard a lot of writers tell me, “This is really hard, but it’s a lot of fun.”

Are you dying to pay a visit anywhere now that you’ve done this cover story?
Without sounding too nerdy, I plan to visit them all eventually. I’ve been to probably a third of them already, and you can check off a lot when you’re in the major cities, such as Houston or San Antonio. What was fun was not realizing the importance of some locations. I’ve driven past the Walgreens in Dallas that was once a restaurant where Norma McCorvey met with Sarah Weddington countless times without realizing its significance. The same thing with the football field where Earl Campbell practiced in Tyler—I just never put two and two together. That was one of the really cool results of having done this. I could have talked about those events, but it’s a different thing to know where it happened.

Is there anything in there that you didn’t know already?
Oh, lots. And each item had many great details that even if I was aware of the topic, the write-ups really brought them to life. I didn’t know about Hayden Fry’s visit to Jerry LeVias’s home in Beaumont; that’s such a great story that changed the course of sports and race relations in Texas. I’ve become a Civil War buff over the past few years, and I didn’t know about the capital of Missouri moving to Marshall during the Civil War. And I certainly didn’t realize that Bonnie and Clyde first met in Dallas when she was making hot chocolate in a kitchen in a house on the west side of town. We have that spot, though the home itself is long gone.

So, would you say you’d definitely kick butt on Jeopardy if they had a “Texas” category?
I think you’re on to something; now there’s a way to use all this information to help pay for college for my kids. I’ll take “Texas” for $1,000, Alex. 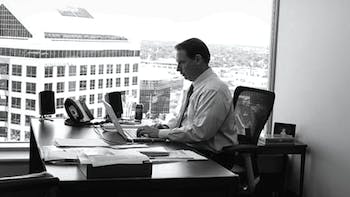 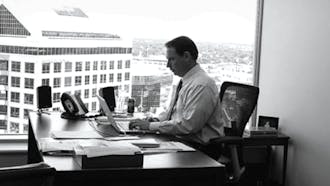 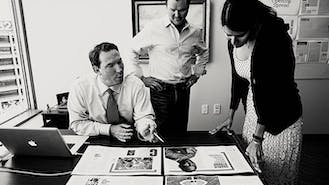