The Rio Grande Valley has long been a place where American and Mexican traditions peacefully coexist—a fact that’s perhaps most evident during the chaotic spring tourist season. March and April see the arrival of flights and cars full of tourists, visitors looking to lie on South Padre Island’s yellow sands and soak up the marvelous sunshine. Throngs of beaded, shirtless, oft-drunken college students on spring break descend upon the coast. Along the border, at places like Peñitas and Progreso, restaurants that sit empty much of the year become hubs of activity, planning centers for international day trips. The natural world of South Texas—with its ocelots and mockingbirds and indigo buntings—is resplendent, an arrangement of mesquite, chaparral, bluebonnets, Bermuda lilies, and anacahuita.

If your family is Christian, spring also brings the season of Lent, culminating with Semana Santa, the Holy Week leading to Easter. Where I grew up, on Wright Street in Harlingen, we had our own set of holiday customs. Mom would pull out her old recipe for capirotada, a bread pudding with raisins and sometimes cheese, soaked through with brown sugar, clove, and a little cinnamon tea. Tía Andrea would serve tamales filled with brown sugar, cheese, and raisins on Ash Wednesday and Holy Thursday. These dishes paired well with a full-bodied cup of black coffee at five o’clock, when the golden rays of the setting sun poured through the western windows of our house.

In Mexico, Semana Santa is a lot like a national spring break, and thousands of Mexicans (mainly fresas, well-off folks from Monterrey) come to the RGV, some speaking in affected accents and browbeating waitresses and shop clerks. Imagine throngs of dudes in their best cowboy duds (impeccable white Stetsons with black bands, Navajo-inspired western shirts, white snakeskin boots), or Emporio Armani gear, flooding the parking lots at El Centro Mall in Pharr or a random Best Buy in Brownsville. Semana Santa shopping in South Texas is, and always will be, a family affair. You put your best clothing on, and all of you—father, mother, brothers and sisters—go to Walmart to pick out $3 sandals, a TV, a new BBQ pit, curtains, and maybe a cheap futon. The customs officials at the border bridges are much busier than usual.

At night on Holy Thursday, you might hear folktales about girls who didn’t go to Mass and were turned into mermaids, or about the healing powers of rainwater collected on Good Friday. Holy Saturday was Sábado Glorioso. On that day, te lavo, te plancho, y te coso—meaning that your clothes must be white, clean, and neat in order to welcome Easter. The border TV stations played old consagradas like El mártir del Calvario or Reina de reinas—silver-screen spectacles as pious as old-world paintings.

In March, the orange blossoms buzz with bumblebees. We had three citrus trees on our lot—a calamondin and two tangelos—and the intoxicating, heavy scent of orange blossom remains the thing I associate most with the joys of Easter. In Latin America, orange blossoms (called azahares) are synonymous with Holy Week. I’d see rows and rows of orange trees in bloom on the way into San Juan to see Our Lady of San Juan del Valle. In that heavy, brutalist basilica, one could witness firsthand the melding of Mexican and American worlds: clouds of incense, sounds of mariachi trumpets soaring in the rarified acoustics, and brilliant shafts of light streaming in from the church’s constantly opening and closing great bronze doors of that church.

The basilica’s fame stems largely from its mariachi Masses, led by a charismatic Catalan priest, Father Juan Nicolau. You haven’t lived until you’ve seen a fully dressed Catholic monsignor serenade thousands of people at Mass on a brilliant Sunday morning with Kris Kristofferson’s “One Day at a Time” in English, Spanish, and French (Padre Nicolau is quite a celebrity in the Valley). In the afternoon sun, after Mass, you see whole families dressed in white on the way to a pancake house to break the Lenten fast, or headed to an Easter Sunday barbecue.

My family ate Easter dinner plates of barbecued chicken, sausage, heaps of rice and beans, Jell-O molds, ambrosia, German chocolate cake, and buñuelos under the carport of my grandfather’s house. Then we kids would hunt for eggs or unleash the cascarones. Throughout Lent, children all over the Valley stockpile carefully cracked eggshells to make them. We’d dye the shells colorfully, attach stickers, and fill them with confetti (or shaving cream). There’s nothing quite like the pleasure I felt in cracking one over Mom or Dad’s head.

During Semana Santa, I swear, the skies in the Valley are more beautiful than during other times of the year. The sun might disappear behind a distant thunderhead and the afternoon light render itself diffuse, opaque, and mysterious. The Gulf breeze over the waters of the Laguna Madre might stir the cane fields on  balmy afternoons. The inviting water—with its perfect temperature and blue-green loveliness—demands you swim. Depending on where you happen to be, Semana Santa might be filled with the sounds of whispered prayer or the smells of baking capirotada. These sensations stir one’s soul in ways that can’t be produced anywhere else. 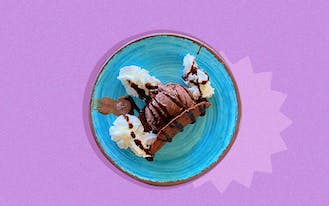 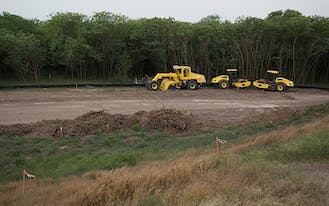