The Collection of Nancy Lee and Perry R. Bass (Kimbell Art Museum, through May 24)
Heavy on the likes of Van Gogh, Matisse, Miró, and Rothko, this exhibit doesn’t tell us anything in particular about Texas art. But it does tellus something about the way oil money—the source of the Bass family fortune—once pushed Texans to look beyond their state’s borders and redefine their sense of what qualifies as culture.

Dangerous When Wet, Jamie Brickhouse (St. Martin’s, April 28)
There’s no shortage out there of addiction memoirs, with their familiar arc of struggle, despair, and redemption. But few include a mother figure as towering as Mama Jean Brickhouse, who dominated her son’s life even after he left his hometown of Beaumont, established a successful career in the New York publishing world, and nearly drank himself to death.

American Wife, Taya Kyle and Jim Defelice (William Morrow, May 4)
Chris Kyle made a big impact during his life: he was the most lethal sniper in U.S. military history and a best-selling author. But because of the shocking nature of his murder and Clint Eastwood’s hit biopic, he seems destined to loom even larger in death. His widow’s memoir is likely the last installment of his story that we’ll hear for a while, but his legend won’t fade away anytime soon.

13th Floor Elevators Reunion (Carson Creek Ranch, May 10)
More than a few music fans must have wondered if someone had slipped a tab into their punch when news broke that Austin’s Levitation Festival had somehow managed to book these Texas psychedelic pioneers for their first show in 47 years. The beauty of the thing is that the Elevators will be sharing a bill with a bunch of bands that basically wouldn’t exist without their example.

The Night Tribe, Jimmy Lafave (Music Road Records, May 12)
The Austin bannerman of Woody Guthrie’s musical legacy drops his red-dirt hero’s name in “Dust Bowl Okies” and includes a tune penned by Guthrie protégé Bob Dylan as well as one by Neil Young. The rest of the tracks may have been “written at nighttime, driving,” but the soulful piano and organ backing on this mellow album make it perfectly suited for Sunday morning.

The Perfect Letter, Chris Harrison, (Dey Street, May 19)
The host of The Bachelor and The Bachelorette has said that his debut novel combines two things he knows best: “romance and Texas.” But shouldn’t someone born and raised in Dallas know better than to have his protagonist announce that “there’s no snow in Texas”? Or to describe Lake Austin as being “tucked between the dark green hills of East Texas”? 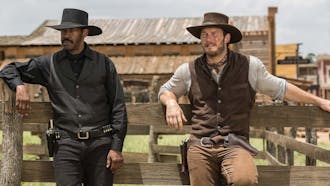 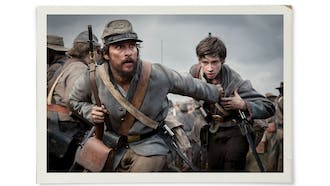