Dirk Nowitzki thought about leaving Dallas after just a single season. It might seem like a lifetime ago now, but after a tough rookie year, the future Mavericks GOAT was still about a season away from developing the confidence that enabled him to become one of the most accomplished players in NBA history. Entering his sophomore campaign, he hadn’t yet adjusted to living in the United States. For a while, he didn’t even realize his car had an air conditioner to combat the Texas heat. Overwhelmed, he was nearly content to quit the league and play European basketball instead—closer to his family and the way of life he was more familiar with in his native Germany. Ultimately, he felt he had to stand by his original decision to come to the NBA and play out his first contract with the Mavericks. Europe, he reasoned, would still be there in three years.

At that time, Luka Doncic was about nine months old. Today, as the Mavericks begin their season against the Washington Wizards on Wednesday night—their first since 1997-98 without Nowitzki on the roster—it’s Doncic who’s entering his second year in the NBA. He seems untroubled by the sort of self-doubt that plagued Nowitzki in his early days in Dallas. At twenty years old, Doncic speaks four languages fluently, and you could say confidence is his fifth. When asked the day before this season’s training camp began about the pressure of stepping into Nowitzki’s considerable shoes, Doncic responded simply, “I’ve had pressure since I was sixteen. I like pressure.”

Indeed, the Slovenian phenom made his professional basketball debut for Real Madrid at age sixteen. By the time he was eighteen, he’d won a Euroleague MVP and championship. When the Mavericks drafted him after that season, he came to the NBA as arguably the most polished rookie the league has ever seen and went on to win the Rookie of the Year award by a wide margin during Nowitzki’s farewell season.

The Mavericks are enjoying the good fortune of transitioning from one all-time great player immediately into having another budding superstar around which to build. “We haven’t really seen a guy exactly like him, really ever,” head coach Rick Carlisle said of Doncic. “He has a savantlike ability to see things [on the court] before they happen.” Of course, Nowitzki’s presence will be missed because of far more than just his on-court production. He spent more seasons on the Mavericks than Hakeem Olajuwon spent on the Rockets, than Tim Duncan on the Spurs. No player has ever spent as many seasons with a single NBA team as Nowitzki did with Dallas. For 21 years, he was the pillar of the Mavericks organization, full stop. He preceded Mark Cuban’s ownership, as well as the vast majority of the team’s current employees.

Point guard J.J. Barea is the Mavericks’ last player link to their 2011 NBA championship. He played alongside Nowitzki for ten seasons. He credits the Big German with helping him through the first five years of his career and calls him “the best teammate of all time.” Showing up to play in Dallas without Nowitzki around feels strange to him. Barea said that knowing Nowitzki would never leave the team or be traded away created cultural stability for the Mavericks.

“Here’s a guy who gave every last ounce of everything that he had to this organization, to this fanbase, to all the teammates he had,” Carlisle said of Nowitzki. Leadership hasn’t numbered among the needs the Mavericks have had to address for at least the past fifteen or so off-seasons. But is Doncic ready to shoulder Dirk’s mantle?

“That’s not fair,” Barea protested when I asked if Doncic could handle everything that comes with being the face of a franchise. “He needs time. He needs help.”

Dallas spent two decades focused on surrounding Nowitzki with the help he needed to contend for championships. That goal became more difficult as he aged, and the Mavericks failed to convince star players to join him in Dallas during the twilight of his career. Now the pressure is to build a talented roster to make the most of a young star every other NBA team covets.

The league’s landscape has changed dramatically since Nowitzki’s career began in 1998. Player movement is far more common due to shorter contracts and players feeling empowered to make decisions in the best interests of their personal brands. Doncic is signed with Dallas for another four seasons, but recent players of his caliber haven’t been shy to make clear to their organizations’ management that if they aren’t satisfied with the team’s direction, they will go elsewhere at the first opportunity. The best way to keep a star NBA player is to pair him with another star.

That was likely the motivation for last February’s trade in which Dallas acquired Kristaps Porzingis from the New York Knicks. The 24-year-old, seven-foot-three power forward will make his Mavericks debut in the season opener, having recovered from ACL surgery. Originally from Latvia, Porzingis grew up idolizing Nowitzki and has a skill set clearly influenced by Dirk’s career. Dallas has already signed Porzingis to a five-year, $158 million contract, and they hope that, together, he and Doncic can anchor a consistent championship contender just as Nowitzki did in his prime.

“One thing that is scary, but also a little bit exciting, is that this group of guys, led by Doncic and Porzingis, has a chance to define what Mavericks culture is going to look like going forward,” Carlisle said.

With Doncic as a dynamic ball handler and Porzingis as a towering three-point shooter, the duo invite comparisons to Steve Nash and Nowitzki, who made thousands of MFFLs (Mavs Fans For Life) in the early aughts. The comparison is apt, even if Doncic is five inches taller than Nash and Porzingis is three inches taller than Nowitzki. Porzingis spent time in Spain before coming to the NBA, and the two players sometimes speak to each other in Spanish. After practices they’re usually facing off in shooting competitions to which Mark Cuban could probably sell tickets. “I think their experiences, from a young age, mirror each other, at least on some levels,” Carlisle said. “No one had any doubt that they would be guys that became good friends.”

This team’s ceiling hinges on Doncic, though. After stating that a twenty-year-old can’t be expected to fill in right away for everything that Nowitzki meant to the Mavericks, Barea added a qualifier. “If somebody can do it, I’ll tell you, it’s Luka,” Barea said. “Because he loves the game, and he loves to compete against the best players.” On the team’s media day, Carlisle plainly stated, “I wouldn’t trade Doncic for anybody.” Coming into this season, ESPN ranked him as the sixteenth-best player in the NBA.

When I asked Doncic, who is still the youngest player on the Mavericks roster, if leadership is something that he might leave to veteran players while he focuses on his own development, he brushed off the notion. “No, I want to be a leader,” he said. “I think I had a great example last year with Dirk. The same thing happened to me in Real Madrid. I was the youngest, and I still wanted to be a leader.”

Doncic is already a flashier player than Nowitzki ever was. On the court, he wears a smile that borders on arrogance. He has essentially everything you’d want from someone replacing your franchise player, but (fair or not) many Dallas fans are looking for something much more from him than merely thrilling play. Doncic can, and most likely will, have a great NBA career. However, for the significant percentage of Mavericks fans who have no memories of their team before Dirk, what they’re really eager to find out is whether Doncic will display the same sort of loyalty to Dallas as the star he’s replacing. Twenty-odd years from now, will the Mavericks build his statue outside the American Airlines Center? 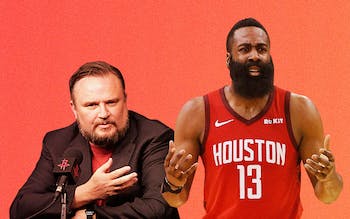 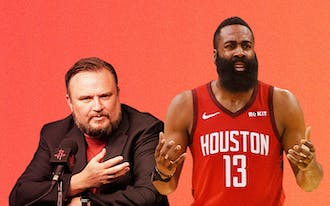 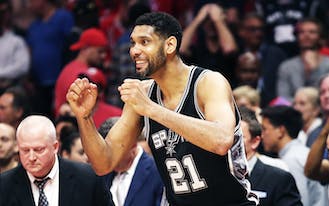 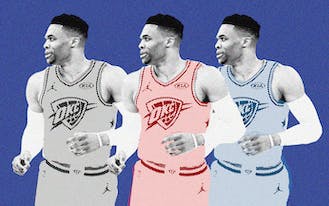