On a crisp mid-November afternoon, six blank membership applications sat perfectly arranged on the welcome table of the Glen Garden Country Club, in southeast Fort Worth. That was part of the business-as-usual approach that the staff and members had taken for months, though business at the club had been anything but usual.

In fact, no applications were being accepted. Two years after celebrating its centennial, Glen Garden was getting ready to shut down for good, in early December.

Chartered in 1912 with only nine holes and sand greens, Glen Garden added the back nine a year or two later, and by the forties it was hosting PGA Tour events, despite a curious layout that featured an electrical tower straddling the twelfth fairway. The club even gained cinematic immortality: a few scenes from the 1988 TV movie adaptation of Dan Jenkins’s Dead Solid Perfect were filmed there. But Glen Garden is perhaps best known as the place where Ben Hogan and Byron Nelson learned to golf as caddies in the twenties. On one storied day in 1927, Nelson edged Hogan in the club’s Christmas caddie tournament. That two such legends—between them, they won fourteen major tournaments—launched their careers side by side at the same venue is almost unimaginable.

This grand history notwithstanding, the club has teetered on the brink of bankruptcy for decades, unable to compete with facilities located in the city’s tonier neighborhoods. After going semiprivate years ago, Glen Garden was sold last summer to Fort Worth’s Firestone & Robertson Distilling Company, which plans to construct a distillery on the grounds.

Wendell Waddle, who turned 84 in June, became a caddie at Glen Garden when he was 9 and first became a member at 16. He was there when Nelson’s running buddy, Harold “Jug” McSpaden, arrived for the 1945 Glen Garden Open by landing his prop plane near the first fairway. Today, Waddle is the “commissioner” of a group of members who, since 1963, have called themselves the Dirty Dozen. The Dozen grew to more than one hundred participants in the seventies and now numbers about thirty men, most of them in their sixties and seventies, who play together six times a week. Waddle didn’t know where the Dozen would go next, but he knew they wanted to stay together. He figured that would probably play like an uphill lie. “There’s no course in town that’s going to guarantee the tee times that we usually play,” he said.

Jason Rocha, the head pro since 2011, is a Fort Worth native in his second stint working at Glen Garden. “The reality is setting in,” he said. Earlier in November, he had made his final order of monthly purchases. There were plans for a club-wide bon voyage tournament, but Rocha admitted it might not come together. “You never know with the weather this time of year,” he said. “That could change everything.”

Waddle, who was honored last summer with a lifetime club membership, spoke of the course like an old friend who looked too healthy to be terminally ill. “It’s in super shape,” he said from behind his omnipresent cigar. “It’s really a cryin’ shame that this has got to happen.” 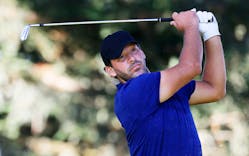 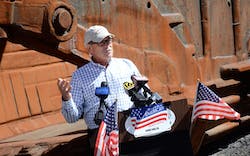 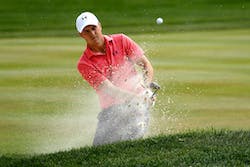