This article originally appeared in the October 2017 issue of Texas Monthly with the headline “The One-Question Interview: Roger D. Hodge.” 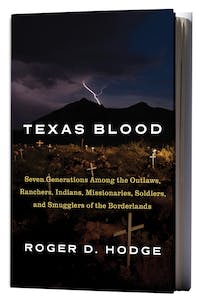 Roger D. Hodge hasn’t lived in Texas for many years. Born and raised in Del Rio, he grew up feeding horses, herding sheep, and dipping tobacco, more or less as many of his ancestors had done for over a century. But when he was eighteen, as he writes in his new book, Texas Blood: Seven Generations Among the Outlaws, Ranchers, Indians, Missionaries, Soldiers, and Smugglers of the Borderlands (Knopf, October 10), “I packed up my car and left Texas forever.” (“Maybe not forever,” he acknowledges, “but I’m still gone.”) In the years since, he has carved out an enviable journalistic career, serving as editor in chief of Harper’s Magazine and the Oxford American and writing a scathing book about Barack Obama. (His ire approaches from the left, not the right.) Today, he lives in Brooklyn and serves as deputy editor of the Intercept.

Texas Monthly: In Texas Blood you talk about bringing your sons back to South Texas to learn how to shoot. You travel in what I assume are fairly liberal circles in New York. How do people there react when you tell them that your sons are being raised knowing how to use guns?

Roger D. Hodge: Mostly with fascination. Several years ago, when I came back from a hunting trip in which my youngest son, then ten years old, shot his first deer, some people were surprised that a kid his age could shoot. Wriley had been on the trail of some axis deer on our ranch for several years, and by that point he’d shot scores of rabbits and other varmints, so he was a good shot. Even so, I was more surprised than anyone when he hit that buck late in the afternoon of our last day. I found myself field-dressing a deer for the first time since I was in high school! Those long elegant antlers are in our living room now.

Lots of people in the East have cartoonish notions about Texas and Texans, and that kind of stereotyping goes the other way as well. Most people I know don’t reflexively condemn hunting and hunters, or recreational shooting in general, and they understand that different norms apply in different parts of the country. What they—and I—object to is the extremist political posturing on the subject of guns that makes reasonable policy options impossible. 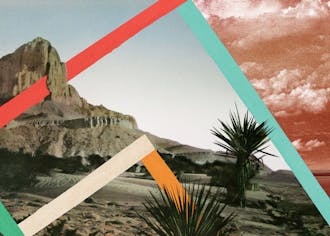 A Tale of Two Texas Families