Q: A sizable possum has started making nightly trips across my back porch, and it’s driving my two dogs nuts. I don’t like possums at all, so I’ve been thinking about just sliding the door open one of these nights and letting the dogs go after it. Is this one of those things that I will regret afterward?
Samantha Vera, Houston

A: This letter hits unusually close to home for the Texanist. One recent night, he opened the back door to let his family dog, Lulu, out for the last of her patrols. A loyal and puffy bichon frise, Lulu currently possesses only three of her original four legs, yet she is still a fast dog when she means to be, and before the Texanist could react, she darted toward the garage, which is separate from the house. The Texanist’s keen eyes quickly detected the source of her excitement: a midsize, scrabbling varmint heading for the garage’s open door. Not wanting the filthy creature to seek refuge among his pristine gardening implements and boxes of old taxes, the Texanist sprang into action, dashing across the yard with such speed that his bathrobe flew up behind him, revealing to the neighbors nearly all of his pale and impressive physique. Unfortunately, just as he leaped through the open door and attempted to slam it shut from the inside to keep the creature out, the thing tried to back itself through the door to escape Lulu’s ferocious and incessant yapping. The Texanist, barefoot and partially exposed, wound up with a large, writhing possum pinned to the doorjamb, its hind end inside and its hissing and tooth-filled head outside. Holding the door–cum–snap trap tightly, the Texanist considered his options. He could stand against the door until daylight, with the possum secured, hoping that Lulu would remain at a safe distance on the other side. Or he could open the door and risk the silvery beast’s attacking Lulu (or the Texanist’s own unshod feet) or disappearing ominously into some dark corner of the garage to die a smelly death. None of these options were appealing. Nor was there any sort of weapon within reach. Fortunately, the hullabaloo had rousted Mrs. Texanist, a hardy sort, who emerged on the back porch for the following exchange:

MRS. TEXANIST: What the %*[email protected]#& are y’all doing out there?

MRS. TEXANIST: Where are you?

TEXANIST: Inside the damn garage. Hurry up! I’ve got a possum in the door! I can’t open it!

MRS. TEXANIST: Why’d you do that?

TEXANIST: Can’t get into it right now, babe! Just get Lulu!

After that, the situation resolved itself quickly. The Texanist grabbed a broom, shooed the possum out the door, fastened the door, refastened his sash, and returned to the house. The point of this story is that the Texanist, like everybody, has ample reason to dislike possums, and yet even he cannot bring himself to condone the violence that would ensue if you released your hounds into the backyard to tear the critter limb from limb. That is simply not sporting. Just keep the dogs in the house. And make sure the garage door is securely closed.

Q: Could you explain the nuances of distinction between a dance hall, a dive, and a honky-tonk?
H.B., Monterrey, Mexico

A: Back in his salad days, it would not have been at all unusual for the Texanist to patronize all three of the above-mentioned establishments in a single evening. For the purpose of answering your question, come along as we revisit a typical itinerary from one of those nights. We begin around eight or nine, as the Texanist, bathed and shined up, departs home for a small-to-medium-sized watering hole that offers cold beer, setups, a fine jukebox, a pool table or two, and possibly some lively shuffleboard action. The musical entertainment may come in the form of a band on a little stage or from the jukebox. Either way, proper dance floor or not, a smattering of folks are dancing. This joint is what one might refer to as a honky-tonk, but it is still too early for it to be jumping, and the Texanist is dropping in for only a few drinks before his next stop. You see, earlier that day, Wanda from the Sonic told him the Country Bumpkins would be playing down at the Wagon Train Dance Hall and he should come. She’d be there, and it’d be fun, she said. So off he goes for some dancing. Not everybody at the Wagon Train dances, but it is nevertheless a dance hall. The floor is large, with long tables around the edges and a bar where an old lady sells beer and potato chips. Wait, is that Wanda making out with Darrell over by the restrooms? Well, what do you know? Did the Texanist misunderstand? Does she give free Pickle-O’s and tater tots to all the guys? Though he doesn’t like to admit it, the Texanist is now feeling wounded and is no longer in the mood to dance. In fact, he thinks he’ll get out of here and stop by that little place on the frontage road with the flashing neon martini glass. Dark, dingy, and featuring year-round Christmas decorations, this is the sort of dive where the Texanist can happily feel sorry for himself without anyone bothering him. It smells funny in here. It’s pretty empty. The Texanist has a mai tai. And another. Suddenly he has a hankering for chili rice. Oh, Wanda! Why must men live to be tormented by women? This little trip down memory lane has been difficult for the Texanist, but he hopes it has helped to answer your question.

Q: I want to have a big Cinco de Mayo party this year, but I’m about as gringo as they come. Is it acceptable for an Anglo to throw a party celebrating a Mexican holiday?
Name Withheld, Dallas

A: It is absolutely acceptable, and even encouraged. Cinco de Mayo is the date set aside for the commemoration of the Mexican Army’s victory over the French Army at the Battle of Puebla, in 1862, though over the past century and a half it has slowly transitioned into a more general celebration of Mexican culture (much like Saint Patrick’s Day for the Irish). This, of course, is something that all Texans, no matter their background, can and should celebrate. If you’re looking for a specific historical reason, how about this: the hero of the Battle of Puebla, General Ignacio Zaragoza, was born near present-day Goliad. ¡Salud!

Q: Is it okay to relieve oneself while swimming in the Gulf of Mexico?
Name Withheld

A: The Texanist appreciates your taking the time to write, but honestly, a ruling on the propriety of pee-peeing in the Gulf of Mexico seems a wee bit silly. Texans have been answering nature’s call in that choppy brine for as long as they have been wading out into it. Right or wrong, this is a behavior that is unlikely to change—no matter what the Texanist says. Or does.

The Texanist’s Little-known fact of the month:
The LeRoy Colombo Swim Center at the Texas School for the Deaf, in Austin, is named for a Galveston native who, despite his deafness, was credited with the rescues of a record-setting 907 drowning souls throughout his career. He is known as the World’s Greatest Lifeguard. 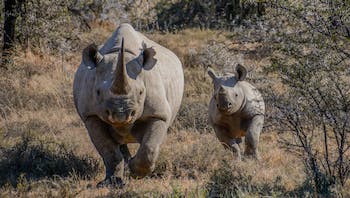 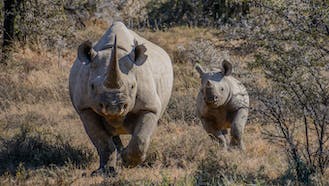 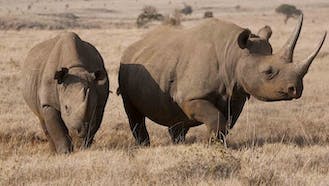 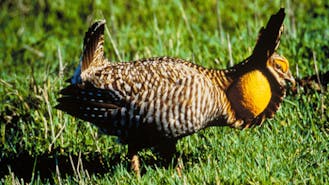 This Two-Steppin’ Chicken Is Not What’s For Dinner