Writer Hanif Abdurraqib once got it into his head that he needed to see Odessa for himself. He’d just read Buzz Bissinger’s seminal Friday Night Lights, it was summer, and he didn’t have anything better to do. Mostly he wanted to escape his hometown of Columbus, Ohio. West Texas seemed as good a destination as any. So in what he describes as “some late-teen haze,” he got in his car and drove the nearly 1,400 miles.

While moved by the stark beauty of the Permian Basin’s emptiness—“a kind of America that can make someone feel like the wide-open spaces are calling them”—he felt uncomfortable among some of the people, who shot unfriendly glares at him, an unknown black man. In a rush to flee town, he left his wallet behind on a gas station counter. Only two hours later, and many miles away, did he realize his mistake and turn back to retrieve it. Laughing at the absurdity of the entire experience, he thought, “There’s a song for this.”

That song, “I Left My Wallet in El Segundo,” was the 1990 debut single by A Tribe Called Quest. Abdurraqib’s personal reflection on his long-ago misadventure is one of many weaved into his new book about the hip-hop pioneers, Go Ahead in the Rain: Notes to A Tribe Called Quest, published this month by University of Texas Press.

When editor Casey Kittrell asked Abdurraqib to write about Tribe, he expected just the sort of layered mix of American history, music criticism, and memoir that Go Ahead in the Rain delivers. It’s the biography of a group, yes, but it both zooms outward to consider the cultural legacy of Q-Tip, Phife Dawg, Ali Shaheed Muhammad, and Jarobi White, and zooms in to consider their work’s influence on the author’s own life. It’s the perspective not merely of an insightful critic but of a fan. “That was what attracted me to his work, is the way he brings a kind of human love into everything that he writes about,” Kittrell says.

What Kittrell and others at UT Press weren’t necessarily expecting was the level of commercial success Go Ahead in the Rain has enjoyed. Since its February 1 release, the book has reached No. 8 on the New York Times’ paperback nonfiction best-seller list. UT Press last landed a title on that significant industry barometer in 1977, when a sequel to The Once and Future King called The Book of Merlyn was unearthed among papers of author T. H. White acquired by UT’s Harry Ransom Center. (Coincidentally, a new edition of Merlyn was released just last fall.)

“We’re always looking for best-sellers because it’s always good when our books get attention,” Kittrell says. “The university gets attention, [and] we put more dollars in the coffer to support books that might be hugely important in their particular niche, but the niche is so small that it’s difficult to sell enough copies to make them viable.” The money brought in by Abdurraqib’s popular hip-hop history could therefore end up supporting the publication of some breakthrough research in archaeology or a revealing volume on Latin American history.

All books at UT Press undergo a peer-review process, in which a panel of well-informed readers critique a work ahead of publication. It’s a byproduct of how seriously academic publishers like UT Press focus on disseminating material of scholarly or creative value, as opposed to the profit-driven motivations of commercial publishers. Still, that doesn’t mean they’re uninterested in selling as many books as possible. The market for any potential project is a consideration at UT Press just as it would be at Penguin Random House or Simon & Schuster. “The hope is that if it’s about quality, then it’ll find its audience, whether that audience is big or small,” Kittrell says. “Sometimes we say we want the first book or the best book on a topic, and that really holds true, whether it’s a scholarly work or a general-interest work.”

UT Press anticipated strong demand for Go Ahead in the Rain and initially ordered more copies—numbering several thousand—than for any of the other books in its spring 2019 season. As preorders from booksellers piled up, the book was reprinted twice before going on sale. Likely contributing to this early success was the attention garnered for the book at the American Booksellers Association’s annual Winter Institute trade conference in January, where Abdurraqib was among the keynote speakers, alongside the likes of Margaret Atwood. “He’s just someone who’s been on his way up, and we’re lucky enough to have a book of his,” says Gianna LaMorte, assistant director of sales and marketing for UT Press.

Though he counts himself a Tribe fan, Kittrell’s interest in the project didn’t begin with the group itself. As acquisitions editor for UT Press’s American Music Series—which has published books on artists ranging from Merle Haggard to Mary J. Blige—his goal was having a chance to work with Abdurraqib, whose music columns for MTV News he admired. Kittrell first reached out in 2016 to propose a book about Dallas’s Erykah Badu. Abdurraqib declined, but they agreed to stay in touch about future possibilities.

When the writer visited Austin to perform selections of his poetry for a Pop-Up Magazine show in March 2017, Kittrell arranged to meet him with another idea: Abdurraqib had written three pieces about Tribe in the previous year; there was no book telling their full story. Would Abdurraqib be interested?

He agreed on the spot. “I was faced with the understanding that this group had shaped not only my particular life but also the way music is heard and understood in the present moment,” Abdurraqib recalls via email. “I wanted to honor that from the standpoint of a fan who doesn’t know everything, and isn’t exactly aspiring to know everything, but wants to relate to people.”

Also instrumental in shepherding Go Ahead in the Rain was Abdurraqib’s former MTV News editor, Jessica Hopper, who joined the publisher as editor of the American Music Series later in 2017, after MTV shuttered its longform journalism operations. “I do love how personally invested everyone at UT Press has been in this book,” Abdurraqib says. “How they’ve wanted to see it flourish as much as I have.”

His editors express surprise and pleasure about the financial success of Go Ahead in the Rain, but they’re even more interested in measuring up to an entirely different yardstick. “Jessica Hopper suggested we should submit it for the Pulitzer,” Kittrell says. “And I think she’s right . . . Hanif’s not the only one doing this, but to a certain extent that book and its success will help change cultural criticism.”

That could be the ultimate legacy of Go Ahead in the Rain, regardless of however many weeks it ends up hanging around in the New York Times. 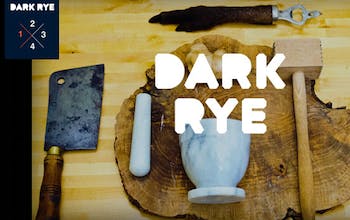 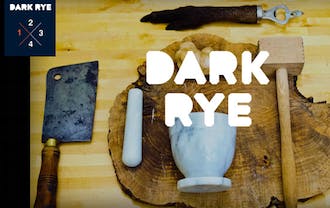