On Friday evening, Mount Vernon ISD announced its incoming head football coach: Art Briles, the former Baylor head coach who was dismissed from the university in 2016, after Texas Monthly reported on his program’s history of recruiting players who would later be arrested for or convicted of sexual assault.

The job in Mount Vernon, a North Texas town of fewer than 2,700 whose football team plays division 3A ball, is the first one for Briles in North America since his dismissal from Baylor. He’s currently the head coach of Guelfi Firenze, a semi-pro team in Italy’s Federazione Italiana di American Football, after having offers rescinded, following public outcry, to serve as an assistant for the Hamilton Tiger-Cats in the Canadian Football League and as the offensive coordinator at Southern Miss.

The part of the meeting related to Art Briles begins about four minutes into the video, as the board members discuss personnel recommendations. The board chair makes his recommendation for the school’s athletic director, announcing Briles first by accomplishment and reputation (omitting the parts of his reputation that made him available for a 3A school to hire), then describing a vetting process that lasted “several weeks,” before finally saying Briles’s name.

The room falls silent for nearly five seconds after Briles is named, at which point someone repeats the words “for real?” a few times. The board votes as someone in the room says “are you f—ing kidding me,” and then the entire room breaks into thunderous applause. “He coached at Baylor,” one of the people in the room says.

After the vote, the school board contacted Briles via Skype to introduce him to the room, which included more than a dozen Mount Vernon football players. After addressing the players and telling them to eat right, get enough sleep, and prepare to become champions, Briles signs off with a school slogan: “It’s a great day to be a Tiger.” 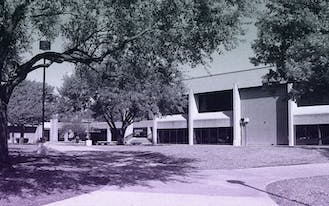 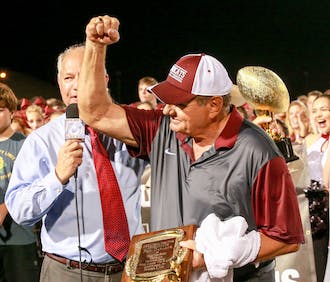