I think I’m liking it better too, though whether the show is actually improving or we’ve just recovered from our initial shock at its overall preposterousness is hard to discern.

What puzzles me most about Texas Rising as I continue to watch it is its ratio of homework to on-screen authenticity. For this episode, there are two screenwriters plus a story consultant listed in the Game-of-Thrones-ish opening credit sequence, and a project of this scale and complexity is likely to have uncredited writers as well. As you’ve doubtlessly noticed, one or more of these people did a lot of research, and it’s striking how often we hear or see references to historical minutiae. In Episode Three, the fairly obscure recollections of San Jacinto veteran S.F. Sparks provide the basis for a comic scene in which a kid, having been told that General Houston is the army’s blacksmith, imperiously orders him to fix his broken pistol. There is much ado about the “Twin Sisters,” the two cannons donated to the Texian cause by the citizens of Cincinnati, and even a glimpse of Colonel Travis’ saddlebags, captured by the Mexicans at the Alamo. But this grunt-level accumulation of historical detail feels like it’s all gone to waste, since the series itself shows every sign that it’s proud to be not just historical fiction but historical fantasy.

All that said, I have to admit I was stirred by the scene in which Houston leads his army to the famous Which-Way Tree and tells them that it marks a fork in the road, one direction leading toward the safety of the United States, the other toward the battlefield of San Jacinto. And yes, I did love the rendition of “Come to the Bower” heard on the soundtrack during this decisive scene. By the way, here’s a slightly sprightlier version and a dirge-like cover by Townes Van Zandt. You were right to mention its echo of the “Colonel Bogey March” inThe Bridge on the River Kwai, which reminded me that Roland Joffê, who directed Texas Rising, also directed The Mission, which had a screenplay by Robert Bolt, who wrote David Lean’s last four movies, and David Lean directed Kwai, and—uh oh, I can already hear our editor’s voice asking where I’m going with this. I guess I’m wishing Texas Rising had some of the stateliness and visual surprise of David Lean’s best work, or of Joffé’s best work. (Think of that cross going over the waterfall in The Mission.) That’s an idle wish, however, since Joffé is working with a script filled with lines like “Give me my wrist cuff, bitch!”

Speaking of marching down the road to San Jacinto, will this battle ever happen? I felt sure we would get to it this episode, but nope. There are just too many subplots sapping away the momentum of the central narrative and, as we both keep pointing out, too many longeurs in the Texian and Mexican camps as Santa Anna and Emily West swap double entendres and the Rangers converse with each other through rustic adjoining toilet stalls. (You pointed out the improbability of that portable water tower for showering, but what about that commodious outhouse? Houston’s army seems to be traveling with its own 19th Century equivalent of a Buc-ee’s restroom.)

You suspect that the subplot about the Wykoff family settling down on their homestead might be leading up to a version of the great Comanche raid of 1840. It’s possible, since my guess is the series will spill well past 1836 and maybe considerably into the future if a second season is ordered. I thought when we first met that family we were being set up for a Cynthia Ann Parker-style kidnapping by the Comanches, but that’s clearly not going to happen after the horrific events of this episode. The attack on the cabin had its clumsy moments (did they really think the Indians wouldn’t find them hiding out in that open-air root cellar?) but it also had real suspense and demonstrated that the filmmakers are willing to offer up a pitiless surprise now and then. (Not to give it away to those planning to watch, but among the things the scene involves are children and a dog and arrows.)

And, yes, about that slave. Is he supposed to be just a faithful family servant that we need not concern ourselves with further, or will he become a fully developed character in future episodes? His barely-there presence made me a little uneasy, because it threw into relief something that’s been troubling me all along.Texas Rising seems to pride itself on its multicultural breadth, and it’s true that it does have Emily West, a woman of color, as one of its protagonists. But the ethnic palette is pretty thin, don’t you think? The Indians are all caricatures so far, and except for Santa Anna (sybaritic dictator), Portilla (sadistic martinet), and Almonte (uneasy man of conscience) the Mexicans are all faceless minions, ready to be dispatched by Ray (“I kill Meskins”) Liotta and his basket o’ snakes. We don’t get much more variety with the Tejano characters. Juan Seguin worries a little bit about whether he’s on the right side, and Flores does some skulking, but neither adds much to the story. And then there’s the Wykoff slave and the whole issue of slavery in Texas in 1836. I hope we can agree it was a whole lot more complicated than the way Houston describes it in Episode One: “Texas is slave free.”

As for the upcoming Episode Four, it looks from the previews like Houston is going to change into a new uniform and that Santa Anna is going to shoot him in the ankle. But we’ll cross that Vince’s bridge when we come to it. 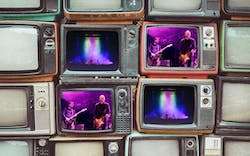 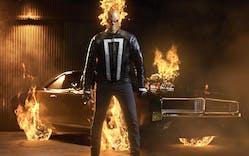 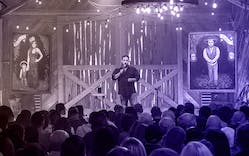