Willie Nelson caused a bit of a stir when he played an Austin rally in support of Beto O’Rourke last month. The dip into partisan politics certainly wasn’t unprecedented, but Willie marked the event in a unique way—by debuting a new track, “Vote ‘Em Out.”

On Thursday, Willie released a studio version of “Vote ‘Em Out,” a singalong stomp that’s expressly political, but not particularly partisan. Although Willie’s political views are longstanding and clear to anyone familiar with his persona, “Vote ‘Em Out” focuses on the need to get to the ballot box rather than rejecting any particular party. The song opens with the line, “If you don’t like who’s in there, vote ’em out,” which is a fairly unifying sentiment—people may like their particular congressional representative, but nobody is particularly fond of Congress as a whole, with approval ratings as of last month hovering around a dismal 19 percent.

In the song, Willie tosses around crowd-pleasing lines like, “If it’s a bunch of clowns you voted in / Election day is coming ’round again.” But after 85 years on this earth, Willie’s learned that even though we might vote said clowns out of office and “sing and dance and shout” upon their departure, the cycle is likely to repeat itself eventually. “Bring some new ones in,” he sings, “And we’ll start the show again.”

O’Rourke—win or lose—is unlikely to be the sort of politician who needs to be repeatedly voted out. One of the planks of his platform involves term limits, an idea he self-imposed on his own ambitions in the House because, he believes, politicians who remain in that line of work for too long become “assholes.” Should he pull off the upset in November, he’s pledged to serve only two terms in the Senate, and he introduced legislation in 2013 that would cap the time a person can serve in either the House or the Senate at twelve years. Term limits are actually a rare point of agreement between O’Rourke and rival Ted Cruz, who introduced an unlikely-to-succeed constitutional amendment that would cap Senate service to twelve years and service in the House to a mere six back in 2017. Which means that even in our hyper-political times, the current identity of the “’em” in “Vote ‘Em Out” might make you bristle, but the sentiment behind the song is as bipartisan as it gets. 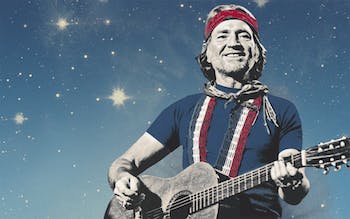 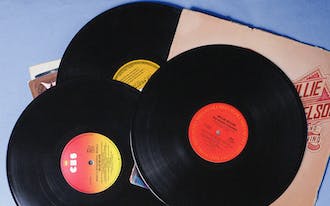