There’s not much left today of the El Paso of Don Bluth’s childhood. The house he grew up in and the hospital where he was born are both long gone. When Bluth, age 79, returns to his birthplace this month as one of the featured guests of the Plaza Classic Film Festival and the subject of an exhibition at the El Paso Museum of Art, the famed animator will likely encounter more vivid memories on the projection screen than he will in the streets of the city he and his family left seven decades ago.

Still, when he talks about his recollections of World War II–era El Paso, Bluth conjures a poignant, half-nostalgic, half-fantastic vision, reminiscent of his greatest films: a town of frightening sandstorms; of long afternoons listening to stories on his grandmother’s porch, on Oxford Avenue; of trips across the border with his father, a police detective; of the day, just before his eighth birthday, when he was riding his bicycle in the street and someone called out to him that the war was over. “That’s great!” Bluth remembers saying, and then thinking, “Hey, what does that mean?”

Most of all, Bluth remembers going to the movies. His favorite theater was the now defunct Star, a couple of blocks from the international bridge, on South El Paso Street. Bluth’s strongest early cinematic memory is of Snow White and the Seven Dwarfs, the film that launched the Disney animated-feature juggernaut. “I got very enthused about it,” he says. “I didn’t know what animation was, of course. I was too young. But I knew that it was a beautiful look on the screen, and I knew it was associated with a man called Walt Disney. So whenever one of his pictures came to town, I’d go to the theater and see it.”

Back at home, Bluth would practice drawing the figures he’d seen on-screen. Years later, his skills would lead him to a job at Disney, where he worked on Robin Hood and The Rescuers and served as lead animator on Pete’s Dragon. Then, in 1979, he left Disney to form a new company with a group of colleagues who were disenchanted with their old employer’s cost-cutting, which they believed had led to blander-looking films that eschewed the atmospheric effects of Walt Disney–period classics like Sleeping Beauty. Throughout the eighties, Bluth and his partners churned out generation-defining family films like An American Tail, The Land Before Time, and The Secret of NIMH, in the process challenging the Disney behemoth at the box office.

The visual magic of Bluth’s style remains compelling even to kids of the iPad generation, says Doug Pullen, the director of the Plaza Classic Film Festival, which screens dozens of movies each summer in venues around downtown El Paso. “We’ve shown one of his films every year, and they always do well,” Pullen says. “They still draw, even in the age of CGI.”

Bluth remains a steadfast defender of hand-drawn animation, the method that first captured his imagination as a child. “Computer graphics are absolutely brilliant to look at,” he says. “But they approach a more live-action look. It’s just trying to make life look bigger than life. I miss a little bit the more fanciful thing that hand-drawn animation can do.”

A rich vein of nostalgia runs through all Bluth’s films, and not just in their throwback animation style. Bluth’s family was part of a group of Mormons who had founded colonies in northern Mexico during the late nineteenth century and then fled back to the U.S. during the Mexican Revolution. The Bluths settled in El Paso for a generation, but soon after World War II ended, the family left Texas for Utah. (Bluth is related to Mitt Romney, whose ancestors also spent time in El Paso on their way north from the abandoned colonies.) After the move, Bluth’s time in El Paso would recede into the realm of fond but distant memory.

“I guess because our family moved around a lot, it’s always been a theme for me to find home—the search for a home that gets suddenly moved or broken up,” says Bluth, who now lives in Scottsdale, Arizona. Each of his best-known films, he points out, is structured by this sort of longing: Fievel Mousekewitz’s search for his parents in An American Tail, the Brisby family’s hurried move to escape the plow in The Secret of NIMH, and the young dinosaurs’ quest to reunite with the herd in The Land Before Time.

“Everything seems to go around that theme,” Bluth says. “I didn’t realize it for a long time. I think the moorings of my own childhood in El Paso set the wheels in motion in my head.” 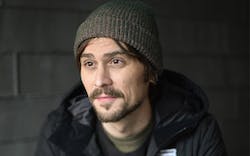 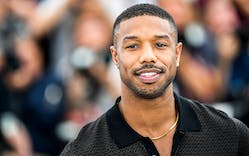 What Every Reader Should Know about Monty Oum, the Rooster Teeth Animator Who Died this Week