If you’re a big Selena Gomez fan looking for the highest-priced piece of memorabilia you can find on eBay, things tend to max out at around $900. You can get a signed poster from her 2013 “Stars Dance” tour for the “buy it now” price of $899.99 (plus another $89 for shipping), or the platinum award for her When The Sun Goes Down record for $900. For $599, you can get a tank top that the star wore on an episode of The Wizards of Waverly Place. But if you really love Selena Gomez, and money is no object, we’ve got the perfect thing for you: You can buy her dang house, which hit the market recently in Fort Worth at a listing price of $2,999,000. 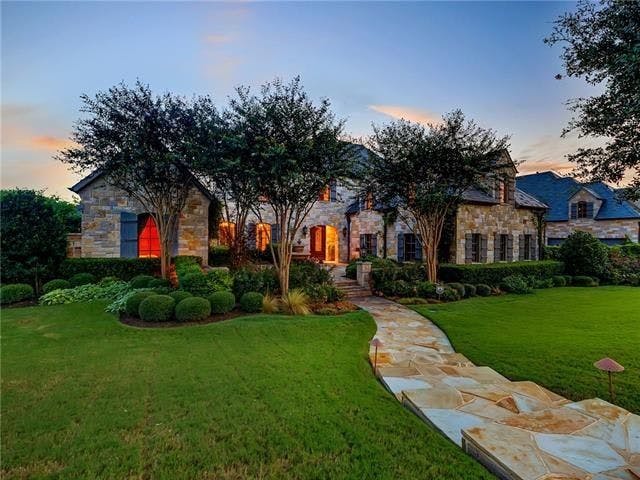 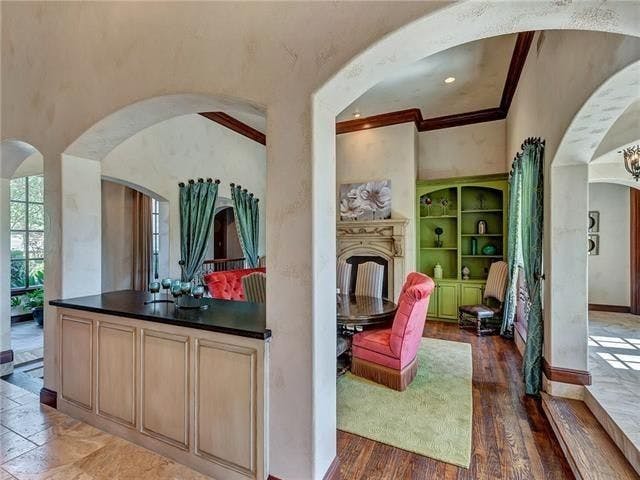 That house, at 4649 Saint Laurent Court in the gated community of Montserrat, is an impressive place even if you don’t give a hoot about the “Good For You” singer. At over 10,000-square feet, the house is a fairly substantial compound: It features five bedrooms, six full bathrooms, plus a half bath if you’re in a hurry, as well as an ornate media screening room, so you can enjoy the forthcoming video for Gomez’s “It Ain’t Me” (feat. Kygo) in absolute luxury before heading over to the game room with your pals for a round of pool. 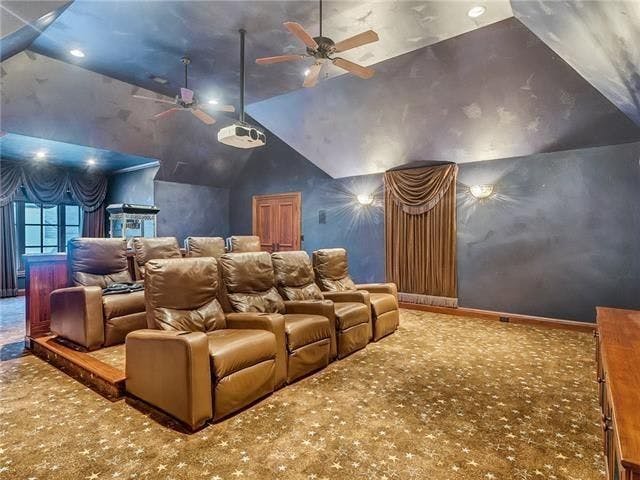 The house was built in 2005, though Gomez only bought it last year to be closer to her friends and family. (Back in 2005, she was a 13-year-old fresh off of her time on Barney & Friends.) While the status of her relationship to her friends and family is unclear (presumably she still likes being closer to them), it’s easy to see why the place would have appealed to the star, given that the “chef’s dream kitchen and open floor plan provide a comfortable backdrop for entertaining,” according to the real estate agent’s listing on Trulia. 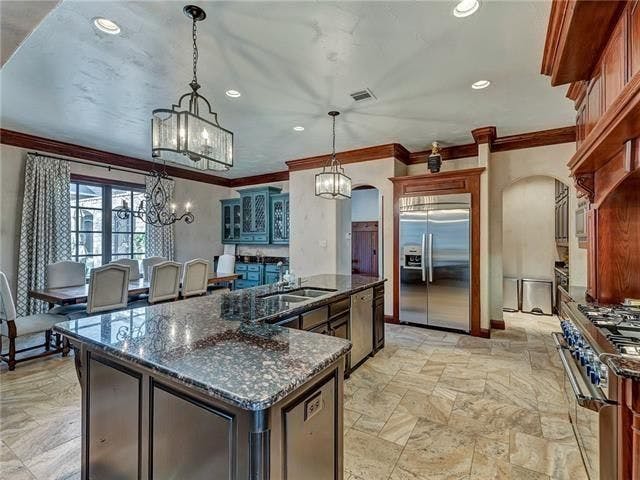 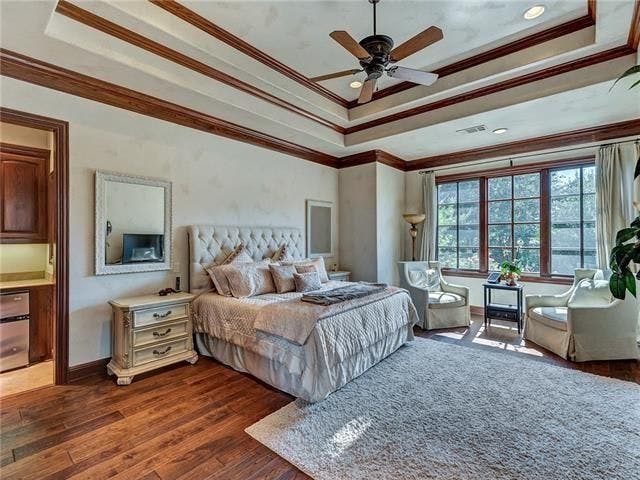 It’s also got a pretty impressive compound outside of the mansion itself. If you look at opulent North Texas real estate as a hobby, you’ll grow tired of looking at photos of velvet Chesterfield loveseats in lavish drawing rooms, or marble counters next to a chef-style stove. There are only so many jacuzzi tubs you can look at in tasteful, natural-wood bathrooms before you get the idea. (Elaborate media rooms with leather recliners provide a bit more novelty, as do game rooms with a blood-red theme to house the pool and shuffleboard tables and wet bar.) 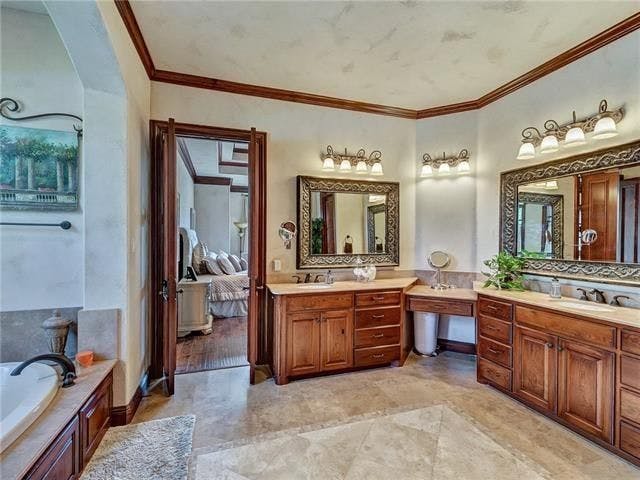 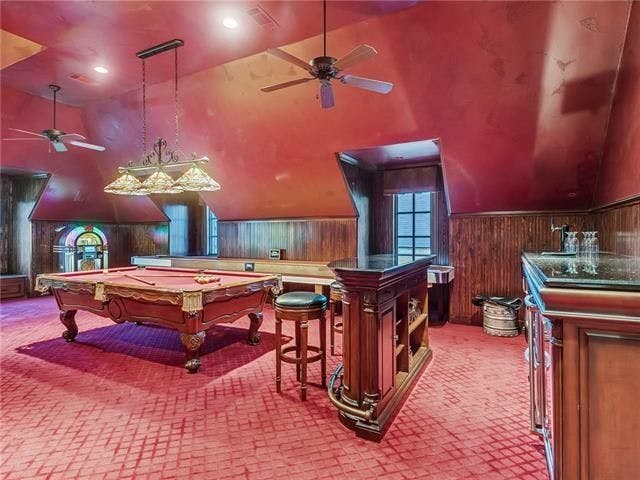 The outdoors, though, provide more to look at. There’s the saltwater pool, complete with waterfall and hot tub, the custom fire pit—and, of course, the private tennis and basketball courts next to the putting green on the expansive 1.5 acre grounds. Buy the property and, if you’re a jealous Bieber fan who’s still not over their short-lived romance, you can imagine exactly what it’d have been like to dunk on Selena Gomez in her own abode. 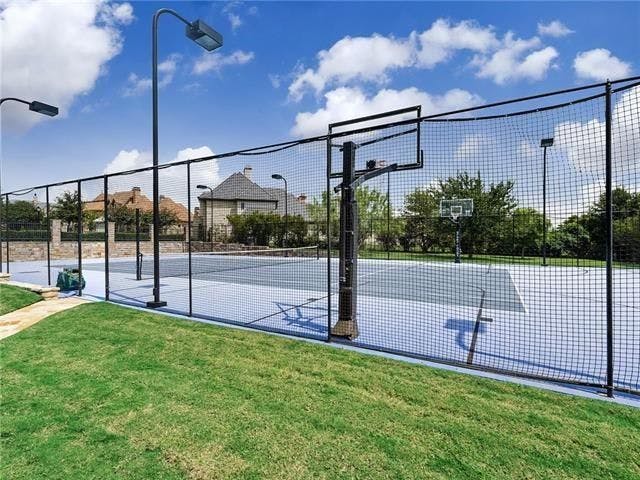 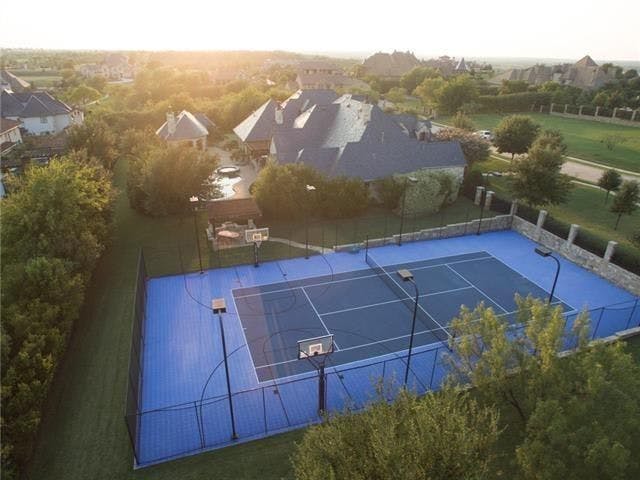 All told, the house is impressive, if quite a bit smaller than, say, the palatial estate that Deion Sanders took to auction back a few years ago. (Where’s your bowling alley, Selena?!) Still, factoring in the prime location in Fort Worth proper, as compared to Primetime’s place way out in Prosper—and you can see the appeal to this particular used celebrity mansion.