The man parked his car and stepped outside. He ambled through the parking lot—shoes on his feet worn thin, his socks threadbare. He scratched at the back of his leathery neck and tilted his hat downward. He didn’t want to make eye contact with anyone as he approached the gates.

Still, though, his eyes were drawn upward at the site of the totemic cowboy, cast as he was as the smiling protector of all who came to the fairgrounds on this summer day. The revelers gazed upward at the anthropomorphized monolith, like they trusted him to keep them safe even though years earlier they’d seen him burn, unable to protect even himself from a force as elemental as fire. He couldn’t help but look at the cowboy, his face grim. The days when he could believe in such things had long passed.

He entered, passing men who traversed an ocean to leap before an assemblage of strangers who could tell them nothing of their homeland. He strode over hard-packed earth as he passed a man named Burt, who he’d seen before, delighting children as he carved a wooden monument into an idol in the shape of an eagle, its wings tucked at its side like a beast who no longer possessed even the capacity to dream of soaring once more. The smell of gasoline hung thick in the air, as did the roar of the chainsaw as Burt cut away the wood that would become a bird. He passed the racing swine and the costumed pretenders playing make-believe for the revelers even as the horrors of the world mounted outside the grounds of the fair. And he continued to walk.

He was there for the food.

The food came in two categories: savory and sweet. He would try them all. He would eat them on sticks, with plastic utensils that would litter the grounds of the park long after he and his descendants had passed, he would pick them up and eat them with his hands. 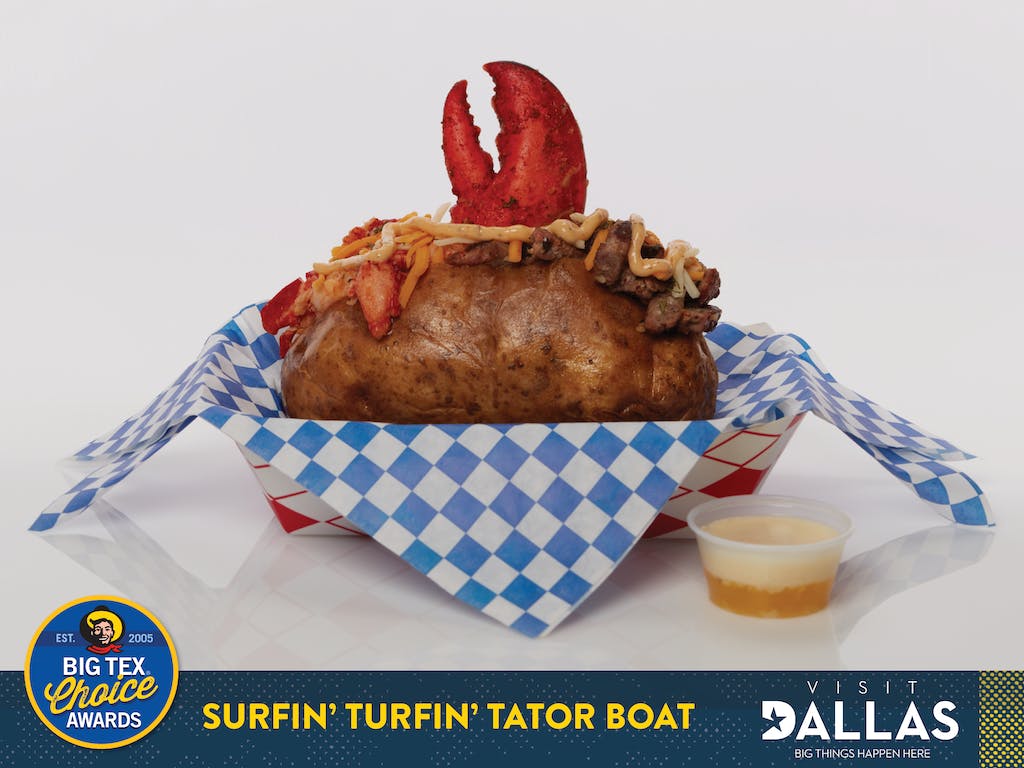 He started with the Surfin’ Turfin’ Tator Boat. It was a potato. He looked at it, sniffed the air, and stared at the lobster claw sticking straight up from the split in the spud.

“That there sure is a potato,” said the man.

“It sure is. The finest potato you ever did see,” said the woman collecting money for the meal.

“I never seen a potato like that,” said the man.

“You never will again, neither,” she told him. “Lobster meat. Steak. The finest Wisconsin cheddar. Cheese that comes all the way from Italy. Melted butter to enhance the flavor. What more could you ask for? ”

The man had to admit. He didn’t know if he could expect more from a potato. He took another deep whiff, to save in his memory a time during which potatoes could be served so decadently to anyone with a few dollars at the fairgrounds. 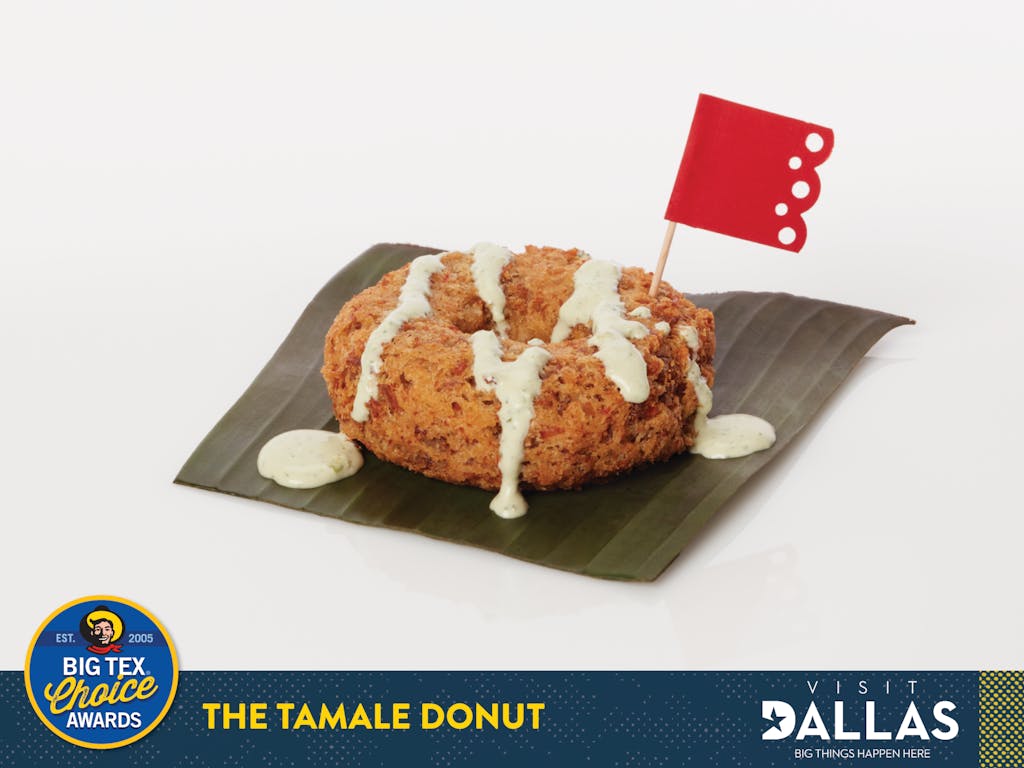 “It does look like a donut,” said the boy. “But it ain’t. Ain’t really a donut. That there is a tamale.”

“Don’t look like any tamale I ever seen before.”

The man picked up the ring-shaped tamale and put it to his mouth. He bit into it and tasted the spice of the jalapeño sauce, the crisp fried cornmeal, the soft pork on the inside. It was no donut, that was for sure. 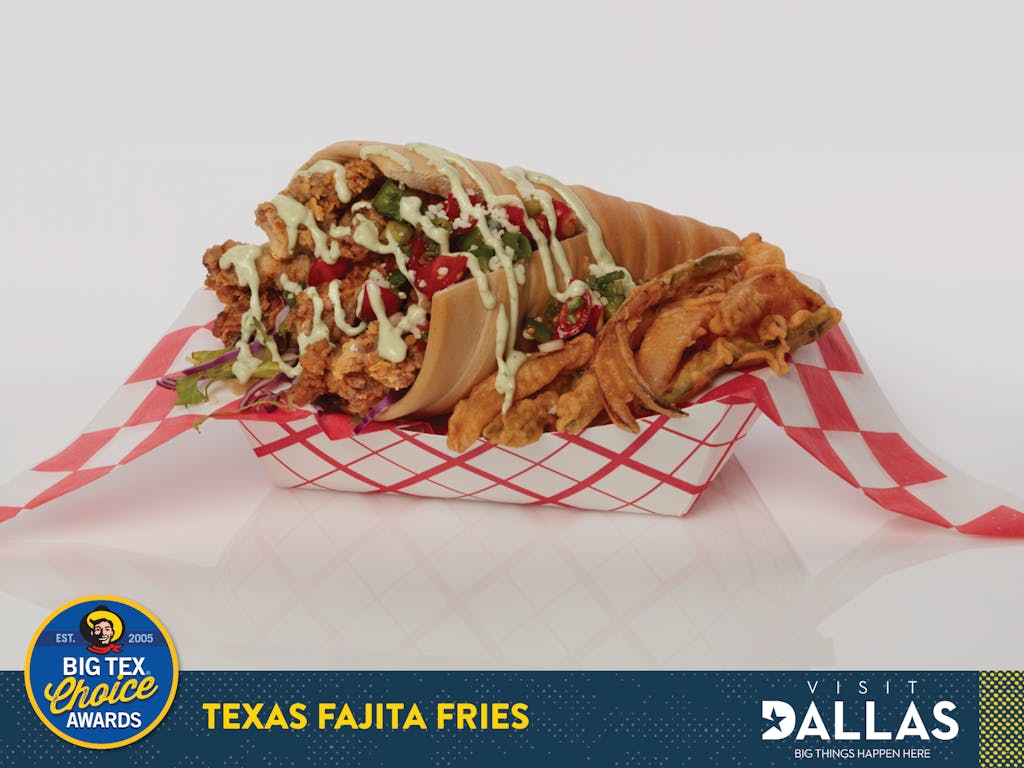 The man smelled the beef strips before he saw them. He had eaten his share of beef in his life, in all its forms. In the lean times, he had dreams about the steak he’d eat if he ever had the chance to do it. Medium-rare, in his dreams, with a potato and a side of green beans. The way beef was meant to be prepared. In his wildest dreams, he never thought it would be deep-fried and served in what some fool was telling him was a bread cone. 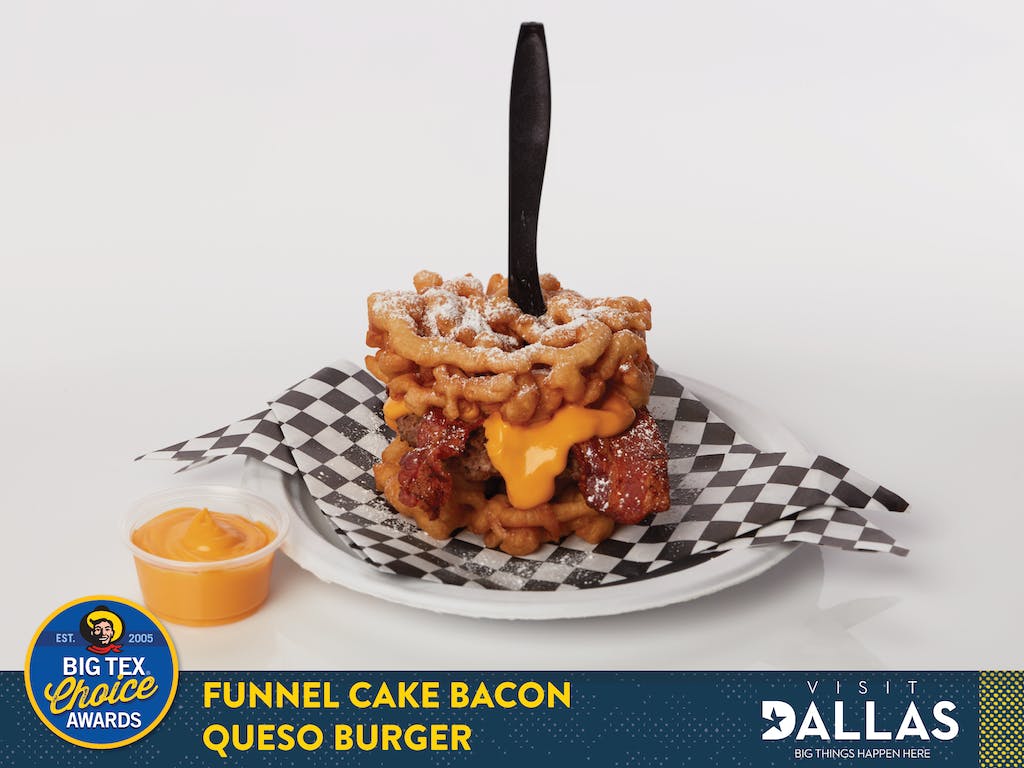 The man took his hat from his head and placed it over his heart. The fever took his beloved Ana and his boy from him years earlier, and for the first time he was grateful. He couldn’t imagine Ana having to explain this to the boy. A cheeseburger with fried dough for a bun. With queso. He replaced his hat, thought about Ana again, and continued on his way. 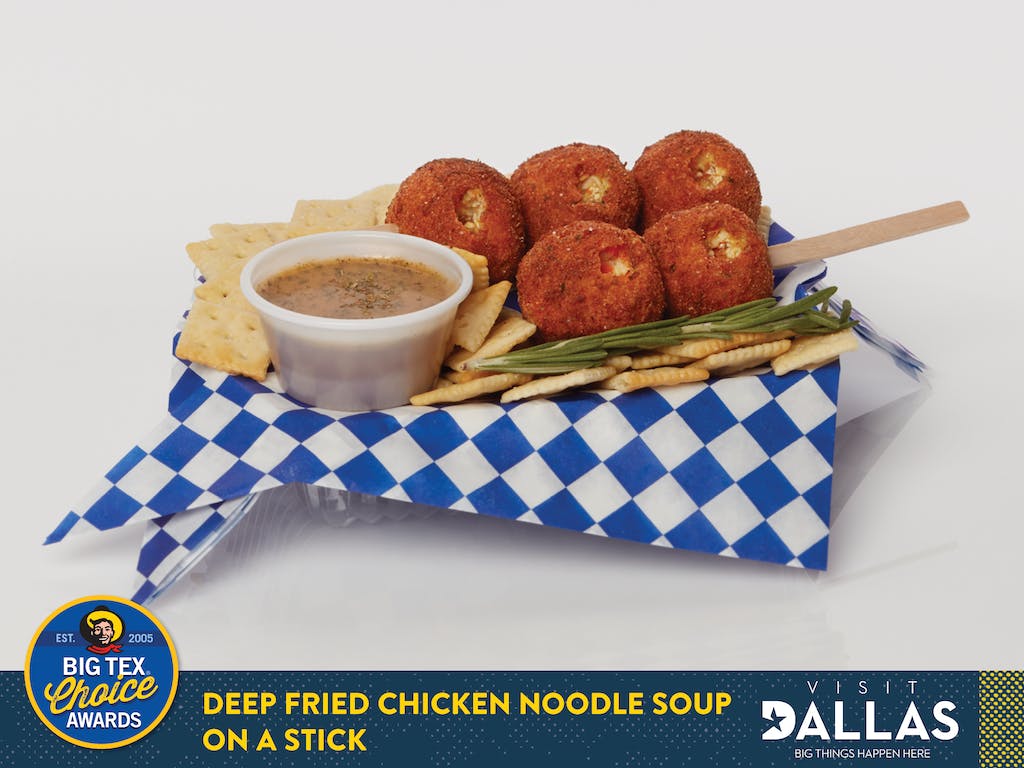 “There’s been a mistake,” said the man. He hoped it was a mistake.

“The soup’s in the little balls,” said the woman. “You can try it if you want. I won’t ask for payment. Not for you.”

The man wavered. It felt like an insult, but his curiosity was potent. He looked at the stick of fried dough encasing the soup like a funeral shroud and took his hand out of his duster. The woman took a step forward and gently offered him the stick. He took the stick, but he didn’t eat it. 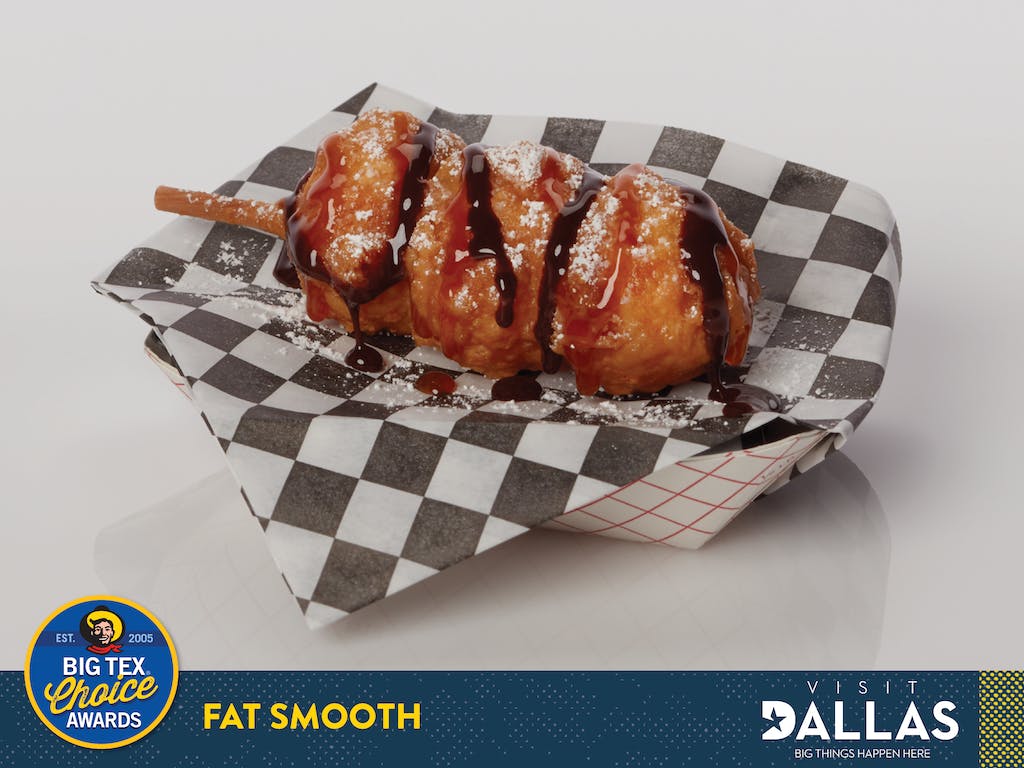 “What do you call this?” the man ventured.

“It’s the caramel sauce. It covers the fried cream puffs—I batter ’em myself using a recipe I got down in New Orleans—for a smooth finish.”

The man thought back to his youth in New Orleans. There were women and drinking and fights and work on the docks. And confections, too, that he remembered with a fondness.

“May I?” he inquired hopefully. The woman nodded. He took a bite. For a moment, he was young again. 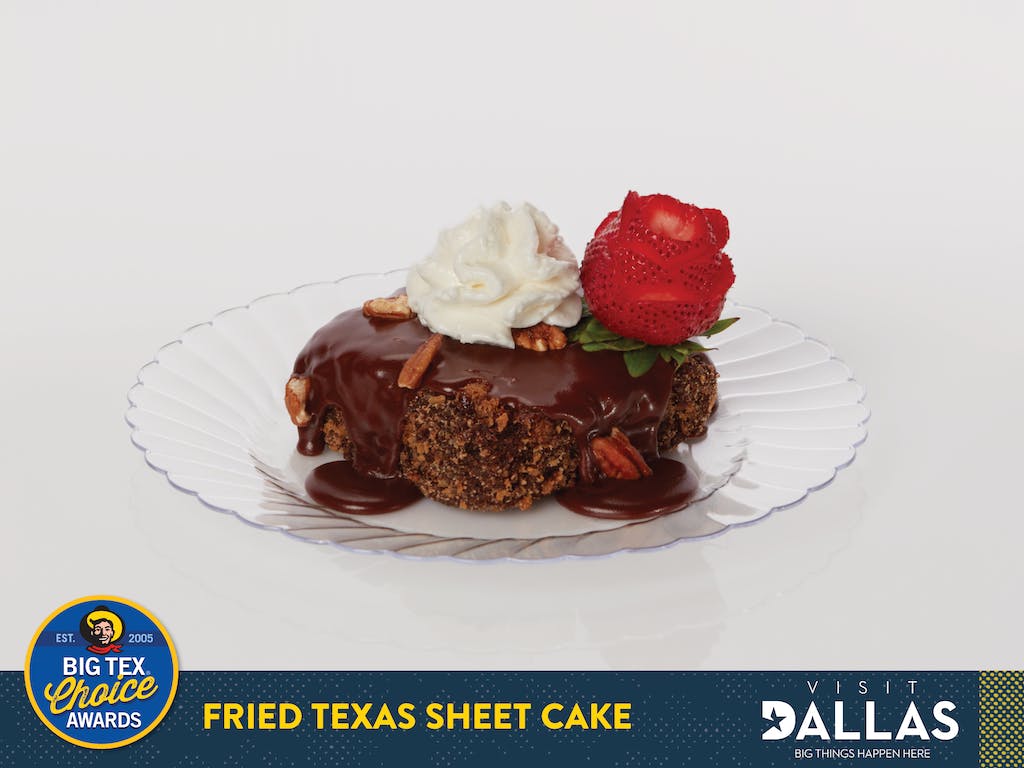 The cake looked like something Ana herself might have made, but she would never have done this to it. It was fine the way it came out of the oven, didn’t need panko or the crumbs out of the bottom of a box of cereal called cocoa puffs or to be fried before it was served. He was beginning to think the point of the revelry was to celebrate gluttony, and he wept for the world that his boy would have inherited, had he lived long enough to do so. 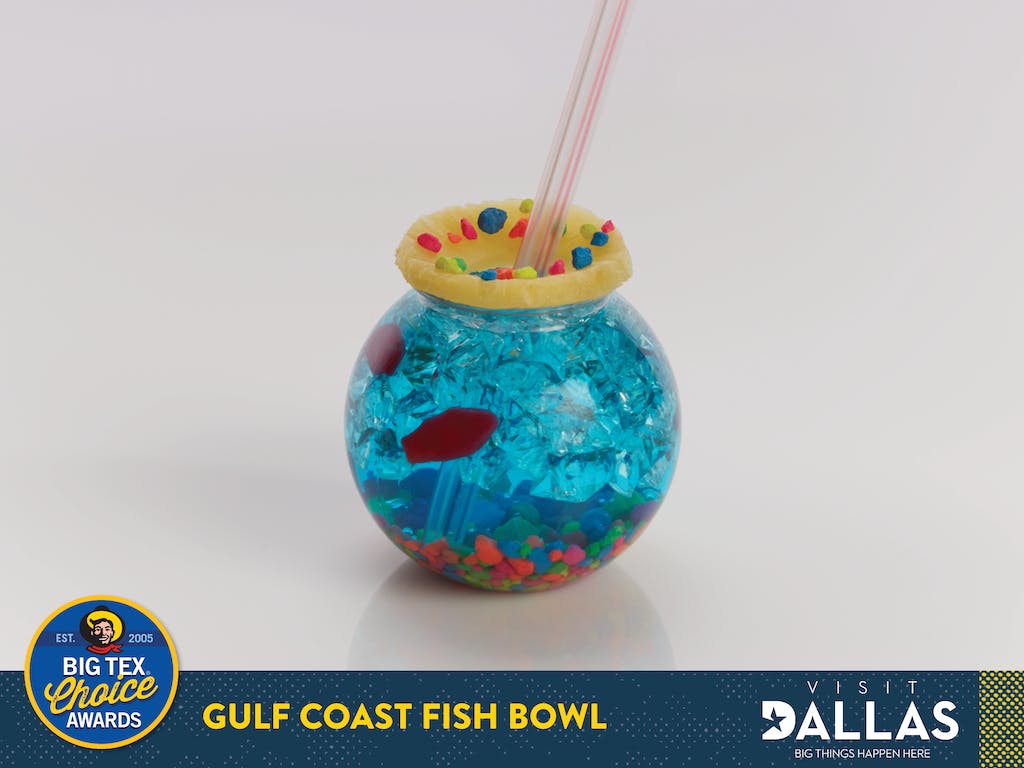 He’d beaten his demons. He’d liked to pull back from the bottle heavier than he should have, but when Ana and the boy came into his life, he put all of that behind them, for their sake and for his. He wasn’t proud of it, just like he wasn’t ashamed of the things he’d done before, but he knew who he was, and it wasn’t that same man anymore. If he was still a man driven to drink, though, this glass of alcohol and candy might have been enough to cure him of it on its own. 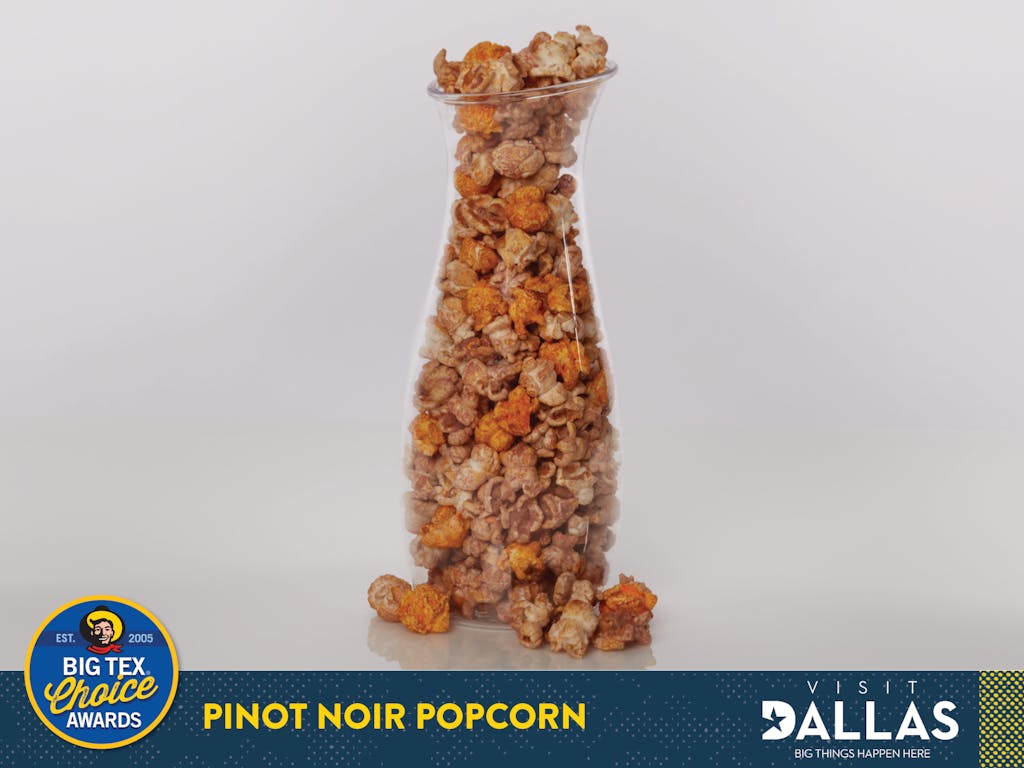 He remembered that last Christmas he spent with Ana and the boy. It was a cold one and there was no fuel for the heater, so they spent the winter under a thick blanket and huddled together for warmth at night. The boy had asked for a hoverboard, but there was no money for frivolities like that. He’d found some old wheels at the dump and affixed them to a board and added handles to make him a scooter. On Christmas Eve, Ana had brought corn from out the pantry and they’d popped it and tossed it with salt and sugar and given the boy the scooter right then and there. The boy hid his disappointment and hugged the man. It was the last sweet memory he had. But the popcorn at the fair was sweeter. 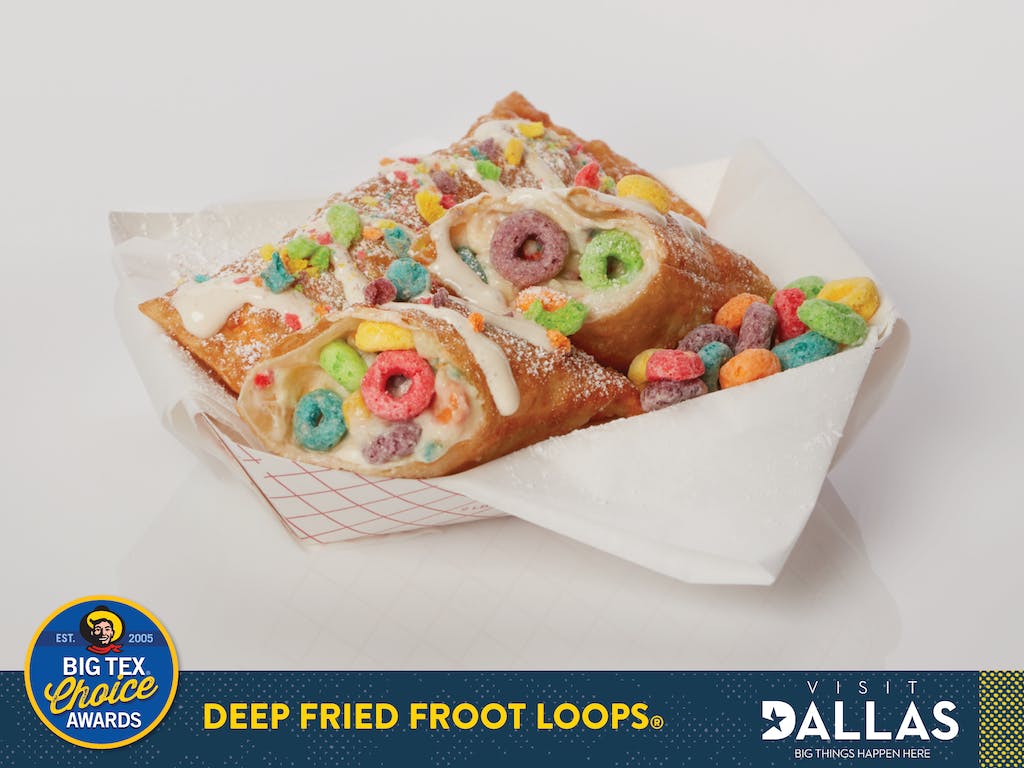 Froot Loops had been the boy’s favorite, so the man had a soft spot for the breakfast treat. He looked at the pockets of fried dough stuffed with the cereal and imagined being an ordinary man with a family at the fair. He imagined the boy’s face as he sampled the confection for the first time.

“How do you get the milk like that?” the man asked, staring at the white filling with curiosity.

“It isn’t milk,” the seller replied. “That there is whipped marshmallow.”

The man snatched it from the plate and pulled it apart. Sure enough, he hadn’t been lying. He took a bite and the seller knew better than to object. He could see in his eyes that this wasn’t about the finalist in the sweets category. The man took another bite, then stuffed the entire pillow of dough and chemically colored cereal and marshmallow fluff and sugar into his mouth. This wasn’t about the State Fair of Texas at all.

The man swallowed the sickly-sweet confection and staggered backward. He had found his winner. The tears flowed freely, and he was not ashamed of them. He wiped the sweat from his forehead and continued on to the music stage to see Flo Rida.