Texas has nurtured many a great literary talent. With writers like Jan Reid, Melissa Del Bosque, and Attica Locke, there’s no shortage of Texans writing. And who better to ask for a book recommendation than an author you admire? This year, we asked some of our favorite Texas authors to recommend their favorite book from 2017. In their selections, some looked to Texas authors on their bookshelves, while others recommended reading beyond our state’s borders. As you reflect on 2017 and peruse the list, remember: it’s never too late (or early) to get started on that New Year’s resolution to read more literature. 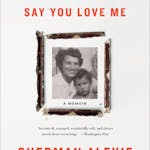 You Don’t Have to Say You Love Me

“This memoir is brilliantly messy and untamed — full of stories, chants, spells, songs, lies, accusations, promises, complaints, jokes, tall tales, lists. He never lets you forget it is a book of mourning, and indeed you will mourn as you read it, for all the misdeeds of humanity, all the damaged people with good and not-so-good intentions. The book feels like it burst out of his chest when his heart broke into pieces. And it is funny, which is crazy, considering the subject matter.”

Recommended by Deb Olin Unferth, author of Wait Till You See Me Dance: Stories 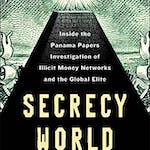 Secrecy World: Inside the Panama Papers Investigation of Illicit Money Networks and the Global Elite

“In Secrecy World, author Jake Bernstein traveled the world to report on the massive Panama Papers leak, and through his deep knowledge of the subject, he explains how multinational corporations and the global elite siphon their money into secret offshore accounts, paying few if any taxes, as inequality escalates around the world. Bernstein lays it all out — the political corruption, the fraud and greed on a global scale — in a compelling, fast-paced narrative that I found both enlightening and deeply troubling.”

Recommended by Melissa del Bosque, author of Bloodlines: The True Story of a Drug Cartel, the FBI, and the Battle for a Horse-Racing Dynasty 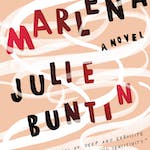 “This debut novel seems cold-pressed from the mystery of friendship itself. Cat and Marlena are so connected and endangered and empowered and intense, in that way teen girls can be, that it seems like they might own the world. And for a beautiful and tragic moment, they did own mine.” 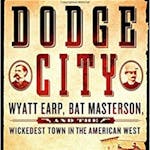 “I love history and I love the history of the Old West, and this is a prime example of what it was really like back then, and what it was really like is quite different from the myth. Still, the book picks at the roots of certain myths concerning Wyatt Earp and Bat Masterson, as well as other famous names in the West, all associated with Dodge City. It’s a prime example of how history becomes myth.”

Recommended by Joe Lansdale, author of Hap and Leonard: Blood and Lemonade 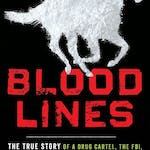 Bloodlines: The True Story of a Drug Cartel, the FBI, and the Battle for a Horse-Racing Dynasty

“We’ve all heard the stories of stash houses literally filled with drug cash along the border; ever wonder where all that money goes? In Bloodlines, Melissa Del Bosque follows the money to a destination disturbingly close to home. Long known for her ace reporting at the venerable Texas Observer, here Del Bosque shows off her writing—intimate, exciting, and detailed.”

Recommended by Nate Blakeslee, author of American Wolf: A True Story of Survival and Obsession in the West 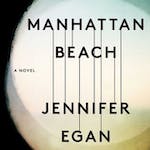 “It was beautifully written, with excellent and evocative descriptions of New York during World War II, specifically of the Brooklyn Navy Yard, where the main character, Anna, becomes a diver, a position open only to men until that time. Suspense, organized crime, prejudices faced by women, an unusual love story: this novel provides us with all these and more.”

Recommended by Chitra Divakaruni, author of Before We Visit the Goddess 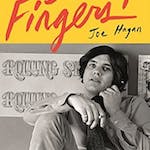 Sticky Fingers: The Life and Times of Jann Wenner and Rolling Stone Magazine

“Sex, drugs, and rock and roll could have been the title to this book, which is as much a gripping cultural history of the late 20th century as it is the story of a man and his magazine. Journalist Hagan traces the career and exploits of founder Jann Wenner from counterculture upstart to slick media mogul, with appearances by John Lennon, Hunter S. Thompson, Annie Leibovitz, among many others. It’s a deep dive into celebrity, debauchery, and the mixed legacy of the Boomer Generation. Sticky fingers, indeed: I couldn’t put it down.”

Recommended by Sarah Hepola, author of Blackout: Remembering the Things I Drank to Forget 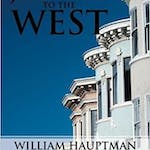 Journey to the West

Recommended by Jan Reid, author of Let the People In: The Life and Times of Ann Richards 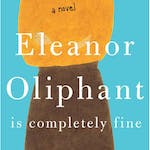 “This book gave me immense joy during a year that I think we can all agree was a challenge to every American’s joy center. Eleanor Oliphant is a remarkably memorable character, a socially awkward curmudgeon who often made me laugh out loud at the ways she is impervious to social conventions. It was pure pleasure watching her change and grow over the course of the book, her heart opening slowly like a late-blooming flower.” 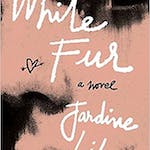 “In the tradition of Denis Johnson and James Salter, it’s a gritty, lyrical love story. I fell hard for Jardine’s heroine, Elise Perez, with her ‘phosphorescent eyes’ and ‘makeup reminiscent of Cleopatra.’ The book is set in Manhattan–and who couldn’t love a novel with a climactic scene set in Trump Tower in 1988?”

Recommended by Amanda Eyre Ward, author of The Nearness of You 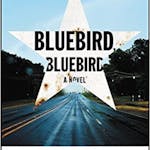 “Attica Locke writes thrilling murder mysteries, all set in Texas, that deal head-on with the most profound of subjects: the collision of race and justice in America. Her latest features a new hero, black Texas Ranger Darren Mathews, who is working his way through East Texas, looking for the killer of a black man and white woman whose bodies were fished out of the muddy waters of a bayou. Invariably, he runs into the Aryan Brotherhood of Texas. When someone asks him if the ABT is like the Klan, Mathews replies, ‘Worse. It’s the Klan with money and semi-automatic weapons.’ For all of the gritty realism, Locke writes lyrically, her sentences like good blues music.”

Recommended by Skip Hollandsworth, author of The Midnight Assassin: Panic, Scandal, and the Hunt for America’s First Serial Killer 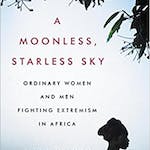 “It’s about ordinary people in Africa who are standing up against terrorism. I was really moved by their heroism and by the effortless storytelling skill. This book took me into the hearts of people I didn’t know but came to deeply admire.”

Recommended by Lawrence Wright, author of The Terror Years: From Al-Qaeda to the Islamic State 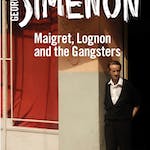 Maigret, Lognon and the Gangsters

“I’ve been reading the brilliant and prolific Georges Simenon, who wrote hundreds of books in his long career, including about seventy-five novels featuring Detective Chief Inspector Jules Maigret of the Parisian Police Judiciaire, now appearing chronologically in new translations from Penguin Press. The Maigret novels all tend to blend together in my memory — this year I’ve read sixteen, I think, including Maigret, Lognon and the Gangsters, published in August. Simenon’s writing is moody and atmospheric, a mélange of beautifully described impressions and feelings, an endless procession of heavy meals and aperitifs, manhunts and interrogations at the Quae des Orfévres, in an office overheated by an antique wood-burning stove, with a tray of sandwiches and beers sent up from the Brasserie Dauphine.”

Recommended by Roger Hodge, author of Texas Blood: Seven Generations Among the Outlaws, Ranchers, Indians, Missionaries, Soldiers, and Smugglers of the Borderlands 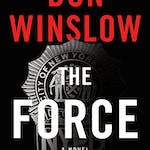 “An epic novel about an elite—and compromised—NYPD detective unit. ‘All Denny Malone ever wanted to be was a good cop,’ Winslow writes, but this gritty story of corruption and redemption rises to Shakespearean heights. I loved it, and love Denny Malone even more than I hate him.”

This Coming-of-Middle-Age Memoir Is Required Reading for Moms