As anybody who’s ever made the twelve-hour drive from Beaumont to El Paso—or spent eleven hours traversing the vast expanses of both beauty and nothing between McAllen and Amarillo—can tell you: Texas is big. The sheer size of the state has become a central part of the Texas identity. But “big” is relative—next to Delaware, we’re huge, but in the grand scheme of the infinitely expanding cosmos, we are but a speck. And thus any opportunity to assess new points of comparison is one that we will seize, because it’s fun to beat other places note our relation to other landmasses.

Fortunately, the folks over at Sparefoot recognize the joy of overlaying Texas on maps. Sure, it’s been done before, but these graphics account for what’s known as the Mercator project, which distorts the size of landmasses as they move further away from the equator in order to keep their shapes accurate. We all know that Alaska is (alas) bigger than Texas, but if you’ve just been tracing the two on your own, you might have overestimated the extent of it. In truth, it’s actually much closer than it appears: 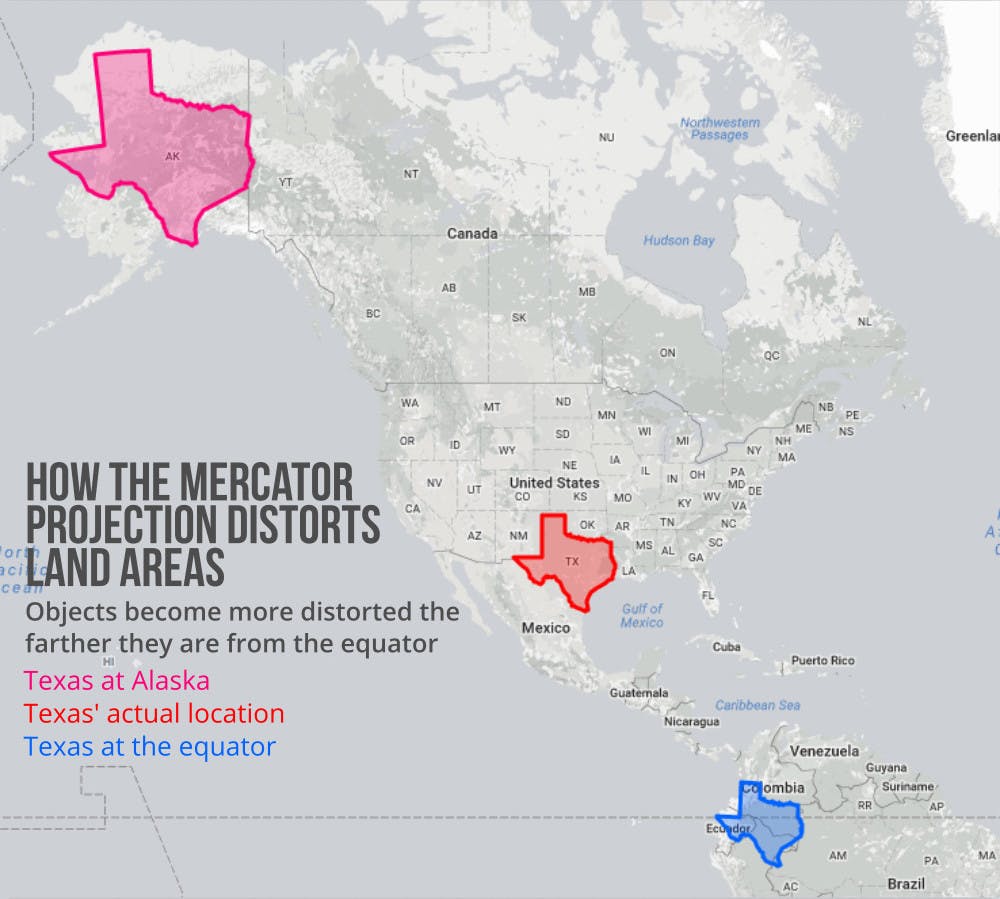 But comparing Texas to other places in the U.S. isn’t much fun, because we know that—outside of our far-northern brethren—our state comes out on top. But the Sparefoot maps span the globe, putting the Lone Star State atop the United Kingdom (advantage: Texas), Iceland (barely bigger than the Houston metropolitan area), Spain (Texas by a nose), Iraq (Texas takes it), Japan (longer than Texas, but way less girth), France (vive le Texas!), and Madagascar (similar deal as Japan, but more robust).

Of course, Texas does not and cannot win every battle of the largest landmass, with many knocking Texas clean to the canvas. Most stark, perhaps, is Australia, where Texas would make up just 9 percent of the landmass, smaller than at least two-thirds of its extant provinces. Go to Africa, meanwhile, and you’re reminded that our maps consistently underestimate just how massive that continent is: Texas is about one-third the size of the Democratic Republic of the Congo, and that’s not even the biggest country on the continent. (If Texas were an African nation, it would only be the eighteenth largest, just a smidge above South Sudan and Somalia.) You could also fit like three Texases in Greenland, and a whopping twelve-and-a-half states the size of Texas in Brazil. Check out the full maps below, and revel in your new understanding of our great state, which is still bigger than California.