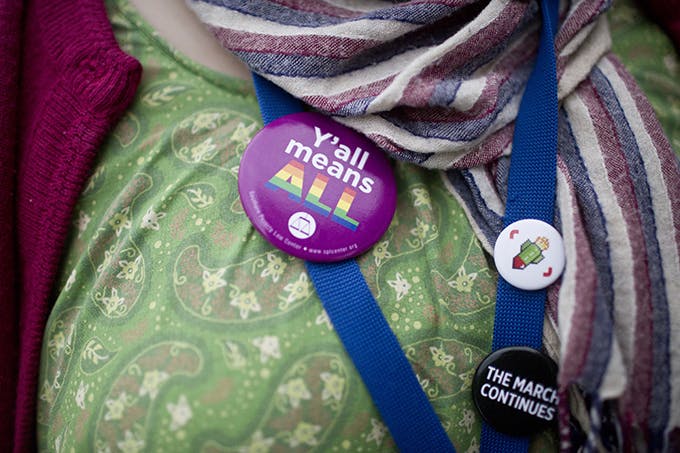 I spent much of my childhood shuttling back and forth between Houston, where my parents grew up and my grandparents still lived, and Nashville, where my mother and father went, along with the exodus of their musical friends.

Most holidays and much of each of my summer vacations were spent at my grandparents’ house. And each time I arrived there, my mom’s four much younger sisters would haze me about my “hick-y” Tennessee accent.

Thanks in part to the fact that Northerners had yet to move there in large numbers, Nashville was about ten years behind Houston in its Southern accent purge, a still-ongoing phenomenon that, during my 45 years on this planet, has made people from Atlanta, Houston, Dallas, Austin, and Charlotte all end up sounding pretty much indistinguishable from people from California or Arizona, i.e., places with no peggable accent at all.

We’ve written about this loss before (see “Goodbye to Y’all That”). My theory is that millions of Southerners and Texans shed their accents out of shame. We believed we sounded dumb. We didn’t want to sound like the racist Southern sheriff archetype of the movies (who was based, to be fair, on racist Southern sheriffs seen on the TV news) or the airhead Southern bombshell. In certain fields, it was okay for people not to hire those of us with Southern accents until we shed them, either on our own or via attending classes designed for that purpose.

And over the same period, I’ve seen the use of the perfectly good, better-than-anything-else-we’ve-got contraction “y’all” wane in both Houston and Nashville. Taking its place is the terrible and dreaded “you guys.” “Guys” in any use was a word that would would set the blood of my Beaumont-bred grandmother boiling. “That’s a Yankee word,” she would growl. When they were teenagers, my aunts all wondered what to call males who were older than boys but not yet men. Lads? Young men? Dudes? Man-childs? Nothing ever took so they just kept calling them guys and raising their mom’s blood pressure.

But I digress. Decades later, I’ve seen many a native Texan contemporary of mine defect to the “you guys” side, including my two central Houston–raised kids and their friends. As a “y’all” stick-in-the-mud, I’ve come to be viewed as something of a hillbilly simpleton and it makes me as mad as my grandmother.

It’s thanks to the migration of those African American Southerners to the cities of the north—and NYC hip-hop’s embrace of “y’all,” or “yaw,” as it sounds rolling off the guttural Big Apple tongue—that we have a strange linguistic paradox underway. The use of “y’all” is spreading in the North even while it recedes in Texas and the South.

That’s right, in the very same Yankee cities that have long mocked our dialect, the youth of every color are using “y’all” more and more commonly, while we go around saying “you guys” in the mistaken belief that we will impress those same city slickers with our urbanity and sophistication.

We won’t on that score, so give it up. Embrace y’all. It’s ours and it’s better English than “you guys,” and all y’all who think it’s not are just dead wrong.