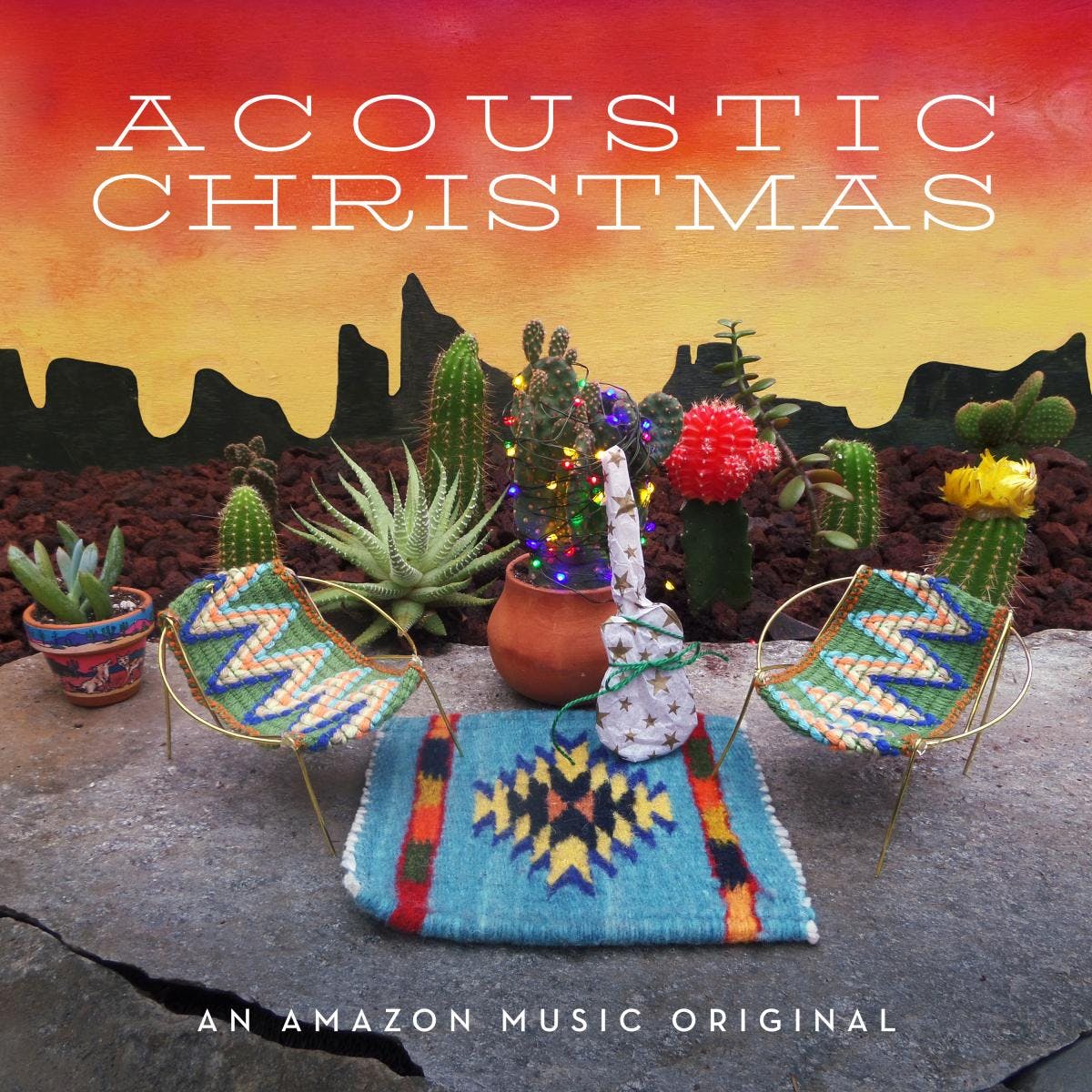 Every year between the carving of the Jack-o-Lantern and the Thanksgiving turkey the debate rages: when, exactly, is it acceptable to start blasting Christmas music? The grinches among us gnash their teeth, stuffing cotton balls in their ears at the very mention of winter wonderlands or chestnuts roasting on an open fire, crying that not until Santa is on his way down the chimney are silver bells, jingle bells, or any kind of bell-related tunes, really, acceptable. But mention the little drummer boy or an anthropomorphic snowman to a true red-and-green-souled holiday-music enthusiasts and you’ll see a gleam in their eyes as visions of sugar plums and Kenny G’s Christmas album dance in their heads—even if it is July.

This November, Amazon Music is adding to the wealth—or the scourge, depending on your take—of holiday recordings by releasing Acoustic Christmas, a new collection of Yuletide tunes by twenty-nine different artists. The playlist is an eclectic mix of unreleased songs and fresh takes on old standards performed by musicians who run the spectrum of genre and geography. There’s a handful of internationally-known acts such as Train, G. Love, and British folk hero Billy Bragg, who, along with American songwriter Joe Henry, offers a plaintive take on Merle Haggard’s “If We Make It Through December.” Several musical newcomers are also highlighted including Son Little, Samuel Larson, and Little Scream. Americana lovers will be pleased to see a fair showing of acts like Trampled by Turtles and Nickel Creek’s Sara Watkins. And then there’s the Texans’ take, delivered through cuts from Hayes Carll, Bob Schneider, and Shinyribs.

For this collection Carll revisits “Grateful for Christmas” from his 2011 album, KMAG YOYO. A piano and Carll’s guitar are the only instrumentation on this spoke-sung telling of a holiday gathering in Houston. Though Carll repeats he’s grateful for the holiday, the song is almost a lament, at home alongside the melancholy “Blue Christmas”-esque carols. Schneider’s contribution, “Christmas Street,” is significantly brighter with a ukulele and bells jingling in time to the refrain. A previous, slightly jazzier version appeared on a live album Schneider released last December, but the addition of fellow Austinite and former The Voice contestant Lex Land makes this duet a must-hear. “Birthday Cake for Jesus” is a brand-new track from Shinyribs, whose frontman, Kevin Russell, has been spotted on previous occasions jamming in full Santa garb. This playful tune asks the question, “If you made a birthday cake for Jesus, how many candles would you need?” A choir of soul singers crooning on the chorus and Russell’s funky vocals will make those who’ve already decked their halls rejoice and might even make the meanest of grinches’ ears perk, if only until the song ends.