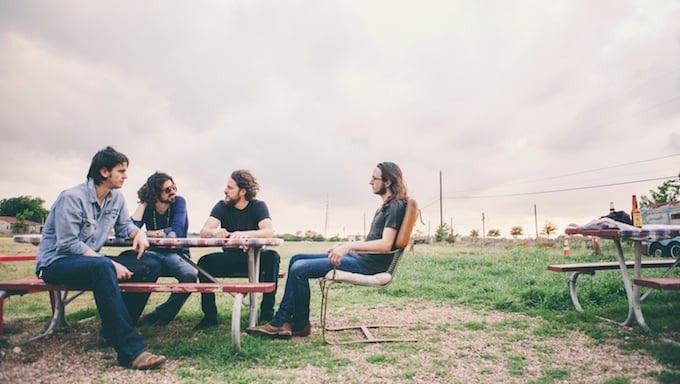 In the year since the release of its most recent album, Sunday Morning Record, Band of Heathens hasn’t been taking it easy. The band is still been writing and recording new songs, and looking for inspiration in new places: namely, by asking the question “what would Tom Petty do?”

“Carry Your Love,” a new single the band wrote and recorded after the release of its 2013 album, was in some ways an exercise in creative freedom. “This is the first time we’ve gone into the studio not thinking about the song in the context of a whole album,” says the band’s co-frontman, Gordy Quist. “We booked one day in the studio to track just this one song, mixed it the next day, and mastered it the day after that. It feels fresh being able to finish a song, record it quickly, and then set it free.”

The song that Band of Heathens has set free (and is also the namesake for their current tour) is a big, poppy, anthemic piece of rock and roll, and it makes sense that—when contemplating how to develop the chorus to “Carry Your Love”—they’d look for inspiration in the work of Petty, whose Damn The Torpedoes album they had covered from start to finish as part of their most recent Halloween show. “When we got to the chorus, we thought, ‘Man, what would Tom Petty do here?’ There wasn’t one particular Petty song that we were using for inspiration, but it was helpful to imagine what we thought he might do for a chorus in this song.”

Give a listen to “Carry Your Love” below and decide for yourself if you think Band of Heathens nailed it.