—FBI Director James Comey during a talk at the University of Texas at Austin on Thursday, according to the Austin American-Statesman. 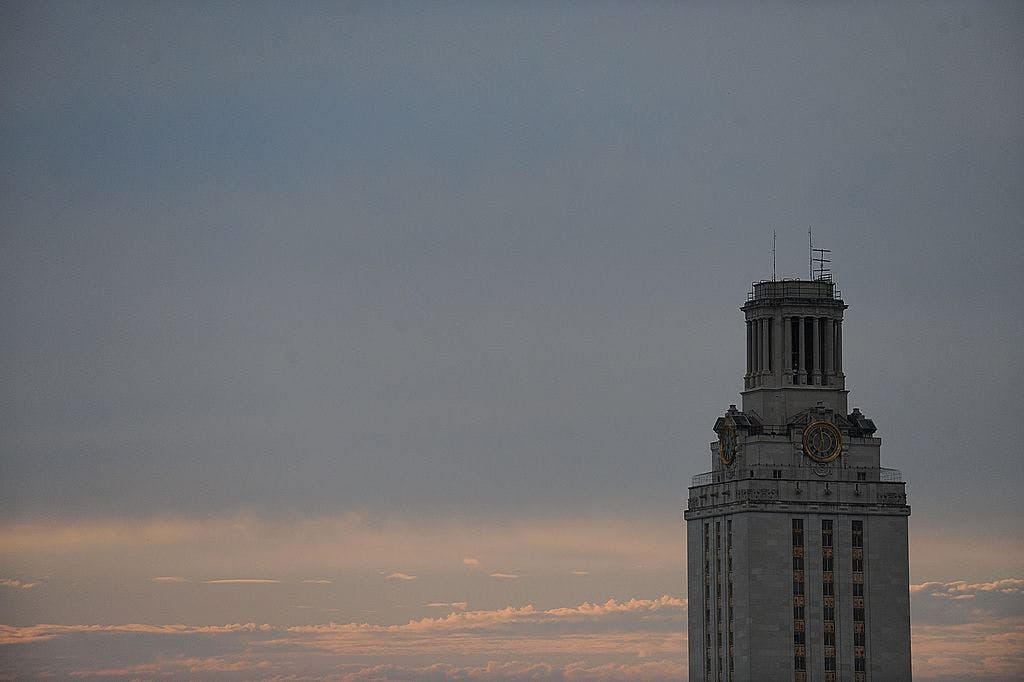 Scary Statistic
A soon-to-be released survey shows that 15 percent of female undergrads at the University of Texas at Austin said they have been raped while enrolled at the school, according to the Dallas Morning News. The disturbing statistic came to light during a Capitol hearing on several bills targeting sexual assault on college campuses. “Fifteen percent of women who go to [UT] are raped,” Senator Joan Huffman, a Houston Republican, said at the hearing. “Raped. That’s unacceptable. It’s beyond troubling. It’s shocking.” Huffman brought up the survey while debating one of the sexual assault bills—which she filed—that would penalize university staff for failing to report sexual assaults on campus. The bills have been filed largely in reaction to the massive sexual assault scandal at Baylor, but the UT study confirms that sexual assault is an endemic problem at universities everywhere. According to the Morning News, the UT study surveyed 28,000 students across thirteen UT campuses during the 2015 school year, and the entire survey is expected to be released sometime in the next few weeks. UT isn’t releasing any data until the entire survey is out, but university officials did confirm that the 15 percent figure is accurate. “The first injustice committed in every assault or inappropriate behavior is the act itself, but the second injustice is often the silence of the community surrounding the survivor,” UT at Austin President Gregory L. Fenves told Morning News. “We must not be silent anymore, and we must not be afraid to face the very real problems that exist at our university and in society in general.”

Tex-a-Tête
Governor Greg Abbott will meet with President Donald Trump at the White House on Friday, according to the Dallas Morning News. The dynamic duo is expected to discuss job creation, and they’ll be joined by Thomas Rutledge, CEO of Charter Communications (otherwise known as Spectrum). Rutledge is the highest-paid corporate bigwig in the country, according to Money, and Charter is soon expected to add nearly 20,000 jobs to the U.S., including call centers in San Antonio and, as the Texas Tribune notes, in McAllen. “The President is meeting with the Governor of Texas and the CEO of Charter Communications to discuss the importance of infrastructure and creating jobs in the U.S.,” deputy White House press secretary Lindsay Walters told the Morning News in an email on Thursday. Got anything specific you’d like our governor to discuss with the president? Let him know ASAP. The meeting is set for 10 a.m. CST.

Batty Business
Texas’s bats could be in big trouble. A bat killing fungus that goes by the villainous name of Pseudogymnoascus destructans (yes, really) has apparently arrived in Texas, according to the Washington Post. The fungus leads to a fatal disease called white nose syndrome, and it’s killed at least six million bats in North America since destructans was first discovered in Albany, New York ten years ago. Destructans finds its bat prey as the winged creatures hibernate inside caves or mines during winter, causing them to break out in skin lesions all over their fuzzy little bodies, ultimately leading to death. According to the Post, biologists found the fungus in samples collected from six Texas counties. This is bad news. Bats are obviously super important to the eco system, and they’re also important to farmers, as they gobble up the insects that threaten our crops. Texas has the largest diversity of bat species in the U.S., and the world’s largest colony of Mexican free-tailed bats gather at the Bracken Bat Cave outside San Antonio.

Bears Down
A second former Baylor football player has been arrested in as many days in connection to an alleged sexual assault that occurred in 2013. Myke Chatman, a former practice squad player, was arrested on Thursday on sexual assault charges, according to the Waco Tribune-Herald. Chatman has been connected to the same incident that former teammate Tre’Von Armstead was arrested for on Wednesday. ESPN’s Outside the Lines first reported the alleged sexual assault last year, reporting that the incident had gone ignored by the university for two years. According to ESPN, the Waco Police Department wrote in a 2013 police report that it had told Baylor officials about an off-campus sexual assault in which Armstead and then-teammate Chatman allegedly gang-raped a fellow student, but Baylor didn’t actually start looking into it until September 2015. Armstead was eventually dismissed from the team. Chatman transferred. The men were charged this week due to “newly discovered evidence,” McLennan County District Attorney Abel Reyna told the Dallas Morning News. Also on Thursday, a Texas appeals court granted ex-Baylor football player Sam Ukwuachu a new trial, two years after his sexual assault conviction, according to the Morning News. The appellate court judges granted a new trial because some text messages were improperly excluded as evidence from the original trial.

Arnold Schwarzenegger said “hasta la vista, baby” (basically) to the $40,000 UH was gonna give him to speak at this year’s commencement speech Houston Chronicle

Galveston is getting a new city logo Galveston Daily News

… and actually sort of got it right! San Antonio Current