Glenn Beck and Ted Nugent weren’t born in Texas, but as the saying goes, they got here as fast as they could. Beck, who left Fox News in 2011, picked North Texas as the place to launch his radio and web-based media empire. Nugent, meanwhile, uprooted from Motor City and settled into Central Texas in 2004. The two have been powerful voices in conservative politics for years. And the way they’ve used those voices in the past week can be instructive in understanding the post-election state of Texas conservatism.

The odds aren’t great for Donald Trump nationally, though he is almost certain to win Texas easily. That’s probably why Trump deployed Nugent to his native Michigan rather than his adopted home state. Although Michigan’s sixteen electoral votes likely belong to Hillary Clinton, it’s a more competitive state than Texas. And at a rally there, Nugent—perhaps emboldened by the outspokenness of the candidate he was there to introduce—made headlines for grabbing his crotch at the suggestion that Michigan was a lock for the Democrats. “I got your blue state right here, baby,” he intoned as he groped himself. “Black and blue.”

Leaving aside legitimate concerns about what that tells us about the color of Nugent’s genitalia, the display was met with applause and cheers from the assembled crowd. That shouldn’t necessarily come as a surprise. If you willingly go to see the guy who wrote “Wang Dang Sweet Poontang,” you’re probably not such a shrinking violet that a little crotch-grabbing shocks your delicate sensibilities.

Nugent’s a genius of hyperbole, capable of turning a sentence about almost anything into an epic ramble about freedom, individuality, seizing life by the—well, you know—and otherwise demonstrating that he’s gleefully convinced of his own rightness. It’s funny when it’s about buying socks or longbows or something, and it’s as inflammatory as he intends it to be when he talks about politics or immigration.

That all sounds similar to a certain candidate on the 2016 ballot. After the election conservatives are going to have a question to answer: do they continue on the Trump/Nugent/cause-maximum-offense approach to politics of the past sixteen months?

One of the alternate paths available is Glenn Beck’s current brand of conservatism. Beck’s not a moderate, and describing him as such does a disservice to both Beck’s views and to the idea of the political center. (His latest book, It Is About Islam, is a 300-page attack on the religion.) But he does have two attributes that are rare in pundits and political commentators of any stripe: genuine curiosity and a willingness to admit when he’s been wrong.

Political observers face almost no consequences for being wrong about anything. Nate Silver, who insisted that Trump had no chance of winning the Republican nomination, is still treated as America’s own Nostradamus. So there is really no vocational need for Beck to pivot. But his actual curiosity about political foes should be celebrated.

All of that informs a brief New Yorker profile of Beck this week. Entitled “Glenn Beck Tries Out Decency,”  the profile finds Beck asserting that “Obama made me a better man” and gushing over the first lady’s speech on Trump’s rhetoric, comparing her to his idol, Ronald Reagan. A much-publicized line about how Beck supports the Black Lives Matter movement has been walked back by his PR team, and his own comments to NPR from August seem to indicate that, while he understands the movement’s aims regarding police violence, he’s not interested in the “stated anti-capitalist” views of organizers, which keeps him from identifying with it personally.

Beck’s lost support among the conservatives who loved watching him savage Obama as a “racist” with “a deep-seated hatred of white people” and explain his conspiracy theories with a chalkboard. This has led liberals who remember that version of his public persona well to question his sincerity. The New Republic called it “as performative as his televised weeping.” 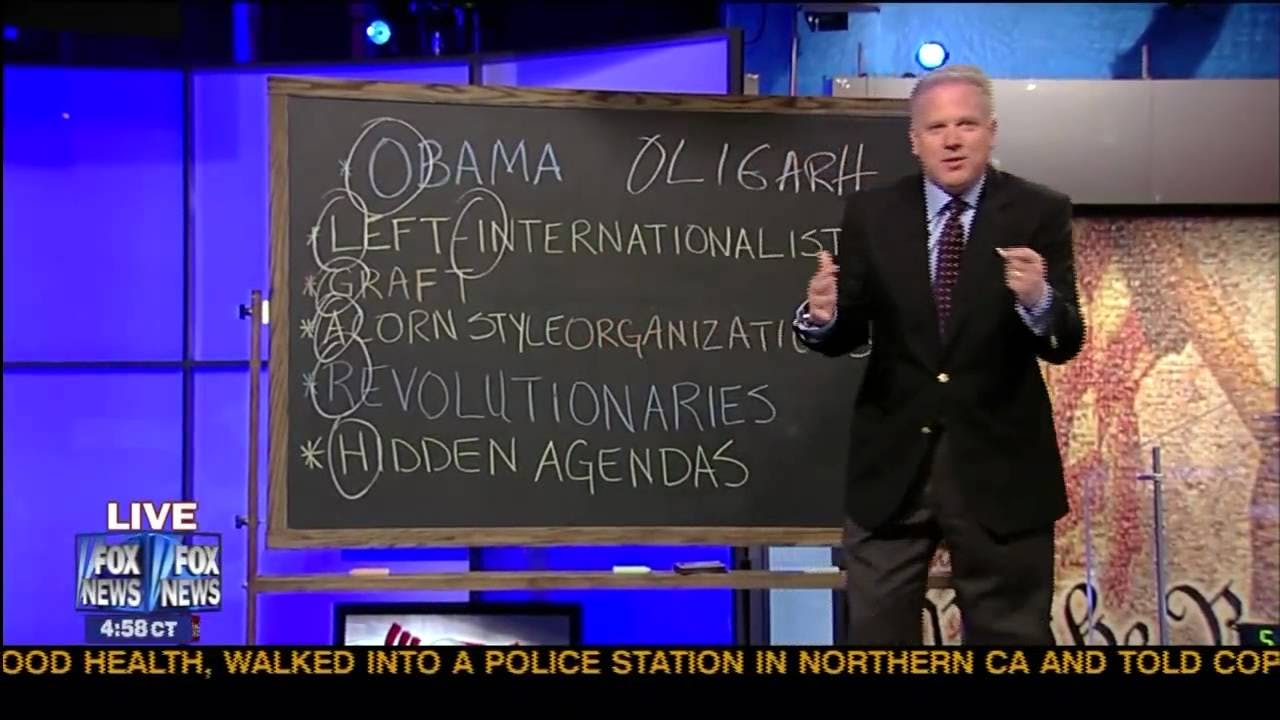 That’s possible, of course. But if Beck is cynically trying to rebuild his brand around regret and disillusionment, he’s definitely placing a heavy bet on the results of the election tonight leading to a very difficult Republican party than the one that nominated Trump.

But ultimately, Trump could end up the winner when all is said and done. If so, Beck will surely end up even more of a man without a country than he is right now. But if not, American conservatives will have two people who’ve adopted Texas as their home to look to as a way forward. Moving on from Trump without some real soul-searching seems highly unlikely, at least if they want to repair the damage done among the constituencies that Trump alienated. Beck is someone whose capacity for self-reflection could offer guidance in that regard.

Alternately, though, there’s the other approach to this, which is the one that Nugent built his persona around. Never apologize, never regret, and reload when they start coming for you. Some Texas GOP leaders have distanced themselves from Trump as much as possible, but they’ve been keen to identify with Nugent in the past. He served as Texas Agricultural Commissioner Sid Miller’s campaign treasurer and campaigned alongside Greg Abbott in 2014. It’s been easy to treat Nugent as a quirky, outsized character not to be taken seriously in the past—but in a post-Trump world, conservatives will have to consider if this is the approach to politics they want to continue.

It might be. If Republican voters had to choose between Beck and Nugent, at any rate, the ones at the Trump rallies would almost certainly name Nugent as the standard-bearer. If they win, they’ll be validated in that. If Trump ends up designated by history as the GOP’s mistake, though, the future growth of the party may depend on looking at the world through a lens like Glenn Beck’s.