What do you do if you must live in extreme luxury, but for whatever reason, you can’t commit to a mortgage? If you’re in Texas and you feel like spending between $15,000 and $26,000 a month on rent, you can have the best of both worlds: a downright absurd house without ever having to worry that you’ll take a bath if it loses value. Because sometimes, even the people who bought their absurdly luxurious dream homes have to rent that sucker out.

That’s the takeaway from this list of the ten most expensive rental properties in Texas right now, which comes to us courtesy of RentCafe.com. As you might expect, the houses are concentrated in the three most expensive metropolitan areas in the state, with three in the Dallas area, three in and around Houston, and four in Austin. But more interesting than where they’re located is exactly what you get for your five-figure rent check each month.

For instance, $17,500 can get you a number of different properties in Austin, but the smallest option is a 3,400-square-foot condo downtown, at the Four Seasons, on San Jacinto and Cesar Chavez. That $5 per square foot. But the property does come with stunning views of the city, and is available fully furnished at that price. 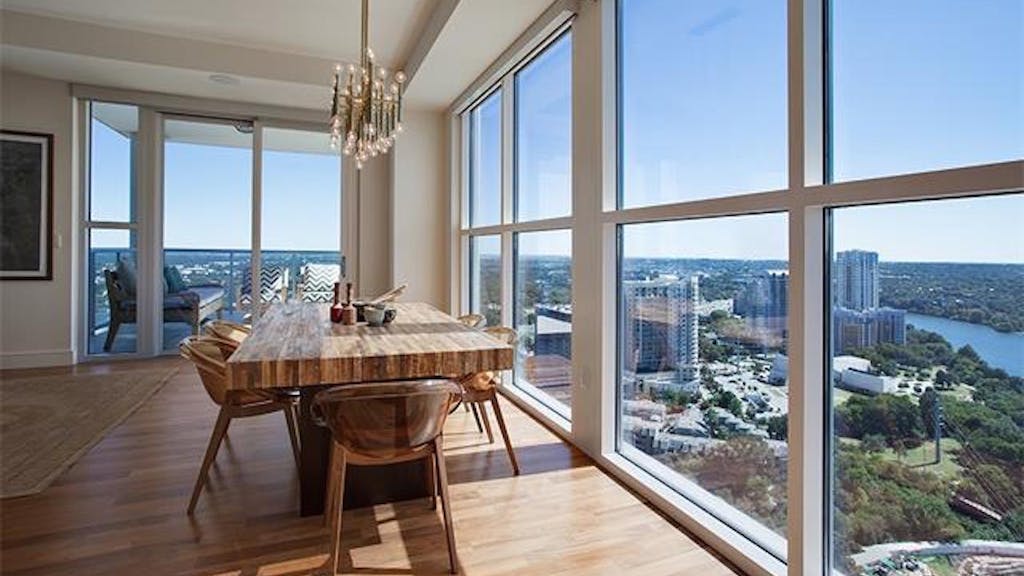 Three bedrooms, three bathrooms is a good size for a condo, and if you want to be in the heart of Austin, you’d be hard-pressed to find a place more centrally located than the top of the Four Seasons building. Still, if your interests extend beyond “looking over at an expansive view of the skyline from above” and into more impressive amenities—say, a house with an elevator?—look to Houston.

In River Oaks, a mere $18,500 will get you a 6,343-square-foot house with four bedrooms and seven bathrooms spread out over three floors. And since three floors means a lot of stairs, the house comes with an elevator. Now you only need to figure out if you’d rather use that third floor as a fifth bedroom or as a media/game room! 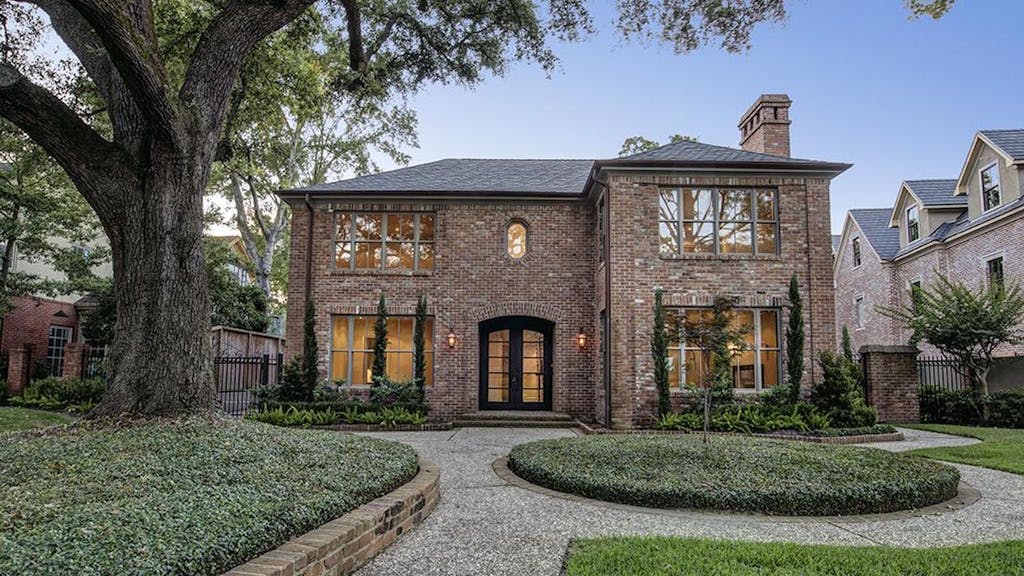 That $18,500 gets you a well-manicured lawn in the heart of one of Houston’s more desirable neighborhoods—but it doesn’t include a pool, so if that’s a deal breaker, perhaps you’d best look to the suburbs.

In the ‘burbs, space is no object (well, relative to the city, anyway), so these spots in Katy and Frisco—outside of Houston and Dallas, respectively—offer even grander outdoor amenities. Like, say, how do you feel about private mezzanine verandas? 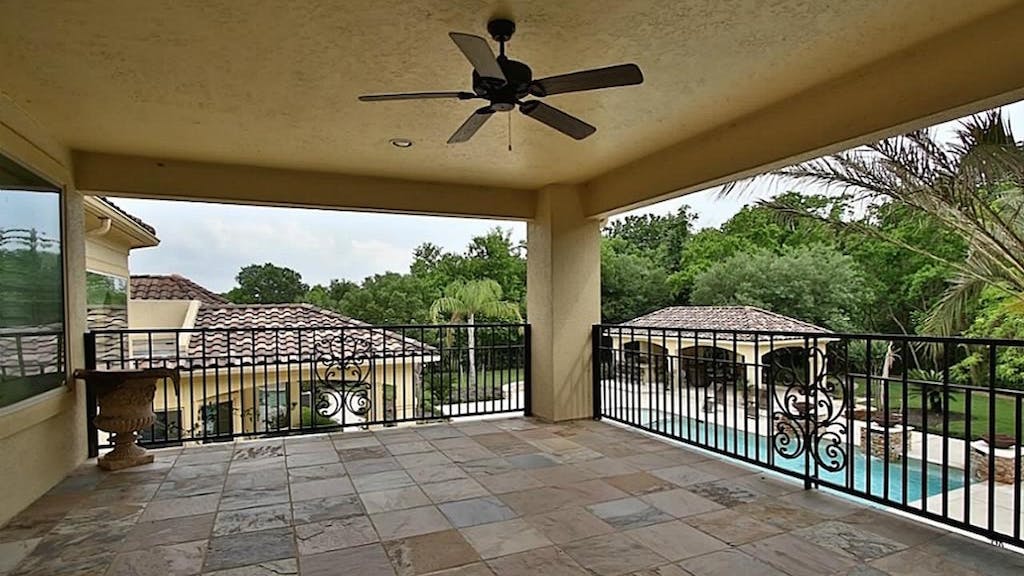 That’s from a massive 8,000-square-foot spot in Katy, which also includes seven bedrooms, nine bathrooms, and an elegant outdoor seating solution if you want to look out at the pool without, you know, actually being in a place where you could get wet. (Plus that fan to keep you cool!) There’s also an outdoor basketball court.

The options in Frisco, meanwhile, are a little less stunning, at least at first glance—you’ll be forced to enjoy your time by the pool at ground level, for example—but what do you expect if you’re getting away with a bargain at only $15,000 a month? 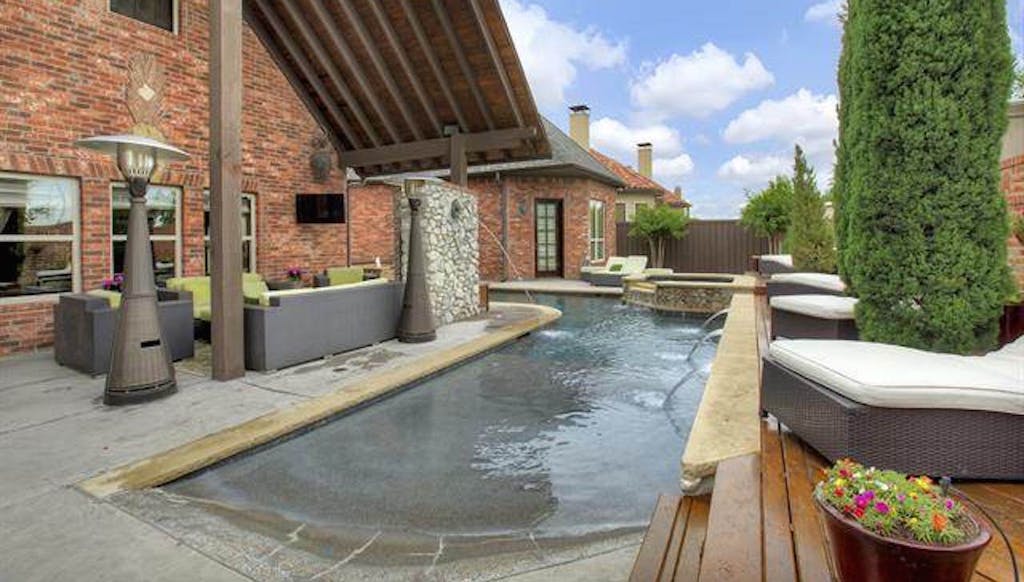 The house in Frisco is considerably less ostentatious than its Katy counterpart—at least, if you think a pool/spa/outdoor sauna qualify as modest. The 7,000-square-foot property offers five bedrooms and six bathrooms, a trio of grand staircases, and its own wine grotto. You know, for regular, down-to-earth folks.

In other words, there’s no shortage of absurdly expensive, absurdly luxurious properties available to Texans who feel like writing rent checks with a lot of zeroes. Check out the full list over at RentCafe and lament the excesses of our age and/or lust after the living situation you’d fancy yourself in.

The Newest Texans Are Not Who You Think They Are