The Texas Supreme Court heard oral arguments on the case that could restrict the benefits of married same-sex couples on Wednesday. In Pidgeon v. Turner, two Houston residents are alleging that the city is overreaching by extending state employee marriage benefits to same-sex couples under Obergefell v. Hodges, the 2015 U.S. Supreme Court decision that legalized same-sex marriage throughout the county. As the Texas Tribune reports, the lawsuit is part of an effort by Texas Republicans to begin chipping away at the federal ruling.

The case originated before the Obergefell decision. In 2013, Houston’s then-mayor Annise Parker extended spousal benefits to city employees in same-sex marriages legally obtained in other states. Parker argued that although same-sex marriages weren’t legal in Texas at the time, marriages outside the state were still legal and state employees who fit that criteria should be extended the same benefits as legal straight couples. CultureMap Houston reported that at the time, Parker’s own union would not fit the criteria because they were domestic partners (they later married in 2014 in California).

“Based on the right to equal protection under the law, it is unconstitutional for the city to continue to deny benefits to the same-sex spouses of our employees who are legally married,” Parker said to the Houston Chronicle. “We believe that the only constitutional, just, right and fair thing to do is to extend benefits to all of our married employees, whether they are heterosexual or same-sex couples.”

Houston taxpayers Jack Pidgeon and Larry Hicks filed a lawsuit against Parker and the City of Houston, alleging that the they were violating the Texas Constitution and the Texas Family Code. A trial court granted a temporary injunction that prevented the city from providing the spousal benefits to city employees in same-sex marriages. But in July 2015, the Fourteenth Court of Appeals reversed the injunction in light of the Obergefell decision.

The Texas Supreme Court originally declined to hear to case (which now addresses current Houston Mayor Sylvester Turner) in September, and conservative Texans responded with letters urging the court to take up the case. The pressure reached its peak when Governor Greg Abbott, Lieutenant Governor Dan Patrick, and Texas Attorney General Ken Paxton filed an amicus brief urging the court to reopen the case. Wednesday’s oral arguments center on the interpretation of the Obergefell decision in application to spousal benefits.

In a 2015 court filing, lawyers representing the two Houston residents argue that court should have maintained the injunction and that the Obergefell decision should be interpreted narrowly. “Obergefell may require States to license and recognize same-sex marriages, but that does not require States to give taxpayer subsidies to same-sex couples—any more than Roe v. Wade … requires States to subsidize abortions or abortion providers,” the filing states. It also adds that marriage benefits are not a “fundamental right” since states can abolish the benefits without violating the Constitution.

Lawyers representing the city responded in a court filing that the Obergefell decision includes benefits for same-sex couples just as they would for couples of the opposite sex. Those benefits, in other words, are more than the right to obtain a marriage license, and include property rights, hospital access, and child custody. “Therefore, if an employer offers employee benefits to spouses, it must offer them to all spouses, regardless of gender,” the filing states. “Certainly, as Petitioners suggest, there is no constitutional right to spousal employee benefits. The City could deny spousal benefits to same-sex couples if it denied them to all married couples, regardless of gender.”

For supporters of same-sex marriage, the court’s decision to hear the case could be cause for concern, especially since lawyers representing Houston taxpayers are pretty open about the potential of the case. “This particular opinion will go to the U.S. Supreme Court and is a potential vehicle for overturning Obergefell given the changing composition of the court,” Jared Woodfill, a lawyer representing the Houston residents, told the Texas Tribune. “Ultimately, I would like to see Obergefell overturned.” 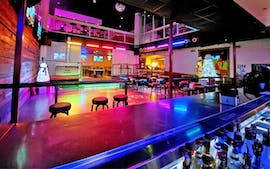 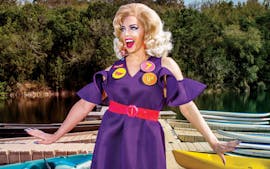 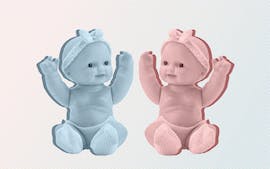 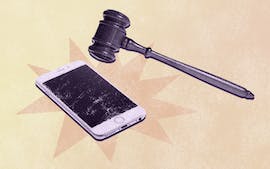