After more than eight months of legal drama, a lawsuit surrounding the Houston Equal Rights Ordinance (HERO) is set to go before a jury, a somewhat unusual move for a lawsuit of this kind (going before a bench trial would be more typical). But HERO’s journey—the journey that produced the lawsuit—is unusual in itself.

Controversy has swirled around HERO since it was introduced by Mayor Annise Parker last April. A handful of key moments—including inciting the ire of an angry Mike Huckabee, a highly-contested petition, and a controversial city subpoena—have paved the bumpy road between the introduction of HERO and Tuesday’s start for jury selection. Because so much has happened over the past nine months, here’s a refresher on the history of Houston’s Equal Rights Ordinance, starting from the very beginning:

Why Did Houston Pass An Equal Rights Ordinance?
Texas is one of more than twenty states without a statewide law that prohibits discrimination on the basis of sexual orientation or gender identity. Instead, individual cities and counties in the state can choose to pass their own non-discrimination ordinances. As it stands now, most of Texas’s most populous cities offer such protections—the big exception being Houston (which, it’s worth noting, elected the first openly-gay mayor in a major U.S. city).

The city ordinances that exist in Texas don’t necessarily add any protections that aren’t already given by the federal government through the Civil Rights Act of 1964, which has been amended and redefined over time to reflect changes in society. The ordinances are important, though, because they add an extra layer of security against discrimination in the public and private sector. In HERO’s case, the protections would extend to “city employment, city services, city contracting practices, housing, public accommodations, and private employment.” Religious institutions are exempt.

Who Does HERO Apply To?

There’s some misinformation that HERO only applies to LGBT individuals, when in fact it is an ordinance that protects the rights of everyone who lives or works in Houston. The ordinance names “Protected Characteristics,” and makes discriminating against someone on the basis of these traits subject to punishment by a fine up to $5,000 over time. From HERO’s text:

In other words, Houstonians that could find themselves discriminated against on the basis of any of the above criteria are protected—a business that refused to serve uniformed military personnel (which has been known to happen in other cities) would be barred from the practice by HERO. Practically speaking, however, “sexual orientation” and “gender identity” are the protected characteristics that tend to come up more often.

It’s important to note that, because of the lawsuits surrounding HERO (more on that in a minute), Parker opted to suspend the law, and it is not currently in effect.

Why All The Legal Drama?

When Parker unveiled HERO for the first time last year, there was a section that would allow people to use the restroom or locker room that best fit their gender identity. Although the section was ultimately removed a few weeks later—a decision that was approved not only by opponents of HERO, but also by Monica Roberts, a transgender blogger based in Houston—its initial inclusion sparked a lot of controversy and backlash from people. Particularly from Mike Huckabee.

Huckabee galvanized opposition to HERO when he urged his Facebook followers to rally on the steps of city hall, adding national attention to an already-contentious local issue. Despite the opposition, however, the city council approved the ordinance (minus the public restroom section).

Within a few days, a group of Houston-area pastors vowed to petition for a repeal referendum in November. As per Houston city charter, a petition challenging an ordinance like HERO requires 17,269 valid signatures, and has a few additonal requirements:

The mayor’s office says each signature must be accompanied by the printed name, address, voter registration number or date of birth and the date signed.  Anyone who collected signatures must also have personally signed the petition, and have appeared before a notary to acknowledge under oath that the signatures were made in their presence.

The petition was filed to the city for review by Houston city secretary Anna Russell, who declared it valid. However, then-Houston city attorney David Feldman performed his own review of the filed petition and, by his count, the number of signatures fell short by about 2,000 names, based on his finding that not all of the signatures and pages had been properly notarized. Of the original 5,200 pages, about half were thrown out by Feldman. Parker, using Feldman’s numbers, reversed Russell’s call and announced that the petition didn’t have enough valid signatures to earn repeal referendum on November’s ballot. (Copies of some of the petition pages that have been released do show signatures that all appear to share the same handwriting.)

A group of four plaintiffs who oppose HERO filed a lawsuit against the city of Houston, as well as Parker and Russell, alleging that Feldman had no place in the petition validation and Russell’s original count should be regarded as the official one. This is the lawsuit facing jury trial.

Then There’s The Pastor Subpoena

In September, city attorneys filed a subpoena to five Houston pastors. A video of David Welch, of the Houston Area Pastors Council, appeared that gave the attorneys reason to believe some Houston pastors were electioneering from the pulpit, which violates the section of the tax code that grants churches their tax-exempt status.

The wording in the subpoena was broad: It requested “all speeches, presentations, or sermons related to HERO, the Petition, Mayor Annise Parker, homosexuality, or gender identity prepared by, delivered by, revised by, or approved by you [the pastors] or in your possession.” Opponents declared that the city was practicing chilling government overreach, and Parker eventually withdrew the subpoena:

These pastors came to me for civil discussions about the issues,” said Parker.  They came without political agendas, without hate in their hearts and without any desire to debate the merits of the HERO.  They simply wanted to express their passionate and very sincere concerns about the subpoenas.

What’s Happened Since Then?

Since the subpoena was dropped in October, Feldman (the city attorney who reviewed Russell’s validation of the HERO petition) retired to join his son in a private practice.

More significantly, state district Judge Robert Schaffer denied the city’s request for a bench trial, favoring the plaintiffs’ request for a jury trial. Switching to a jury trial could potentially push the date back while the jury selection process takes place. As the Houston Chronicle reports, it also probably favors the plaintiffs:

City Attorney David Feldman said he still “firmly believes” the case is better suited to a bench trial but that he respects Schaffer’s decision. City attorneys argued at a hearing last week that the case was best defined as an “election contest” under state law. Such cases can only be decided by a judge, not a jury.

If the jury finds for Houston here, then HERO can go into effect immediately. If it finds for the plaintiffs, the situation is a bit stickier: Because HERO was suspended by Parker, rather than by the courts, the mayor could opt to enact the policy pending the ballot referendum. That ballot referendum would occur in Houston’s November municipal elections (where voters will also elect Parker’s successor as mayor). Presumably, if Parker were to enact HERO, foes of the ordinance would challenge the decision in court, seeking a suspension of the law pending the election. Part of the reason Parker suspended the law herself, presumably, is to deny her opponents the opportunity to score a legal victory, so what happens next in that regard is very much in the air.

In any case: The jury will determine whether the signatures are valid. If they agree with the city that the signatures are not, HERO can go into effect immediately. If the jury finds that they are valid, HERO will end up in the hands of voters in November. If that happens, the prognosticators suspect that it’ll be defeated as a result the limited turnout that occurs in off-year elections. All of which means that, if HERO is to survive, the jury trial is its best chance. 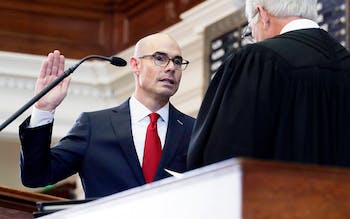 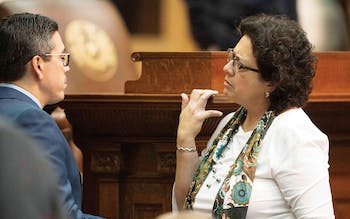 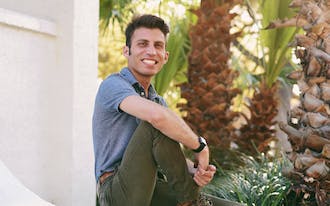 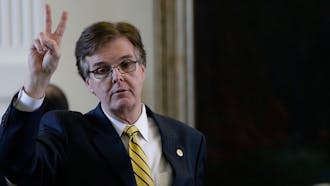