There seemed to be nowhere for 83rd District Attorney Rod Ponton to turn in June. After a reviewing jurist declared Sonia Cacy actually innocent of murder, and issued a “findings of fact” that laid bare his misbegotten case, the end was clearly nigh.

Cacy had been convicted in 1993 of dousing her uncle Bill Richardson with an accelerant and burning him to death in his Fort Stockton home. But every renowned arson expert in the country—including the State Fire Marshal’s Office—has since concluded that the fire was accidental and that Cacy has been done a grave injustice. The case was bound for the Texas Court of Criminal Appeals for a final benediction, and Cacy, after living more than twenty years as a convicted murderer, was close to clearing her name. The Texas legal system should have been finished with her.

But Ponton responded to this decision by passing off the case to state prosecuting attorney Lisa McMinn.

Last Monday, McMinn’s office filed a pro forma motion to stay the proceedings in the CCA for an additional sixty days to allow for a thorough review of “a complex case with a long history.” To Cacy’s supporters, this looks like a stalling tactic; Cacy is seventy years old, and her health has been poor for some time. But the motion could signal any number of things. On Thursday, McMinn told Texas Monthly that she hadn’t had time to acquaint herself with the facts. Once she does, she could choose one of several paths: Her office could seek a retrial; it could pass on litigating an arson case crippled by the fact that there is no evidence whatsoever of an accelerant at the scene; or, McMinn’s office could join Cacy in requesting relief from the CCA.

Either way, Ponton, who hasn’t responded for comment as of this writing, has officially exited the field of this battle. In recent years, his pursuit of Cacy has been met with a series of setbacks. His own expert, Dr. Elizabeth Buc, concluded there was no evidence of an intentional fire. Ponton kept her report to himself at first, but Cacy’s attorneys, Gary Udashen and Natalie Roetzel, caught wind of it and filed a motion forcing the prosecution to produce the exculpatory evidence. Then, the State’s star witness, a now-retired Bexar County toxicologist, came forward with the revelation that the lab that performed the testing on Bill Richardson’s clothing and carpet had been contaminated. When asked why he’d never mentioned this to anyone, the toxicologist replied that no one had asked him.

And then there was the grilling Ponton endured from Judge Bert Richardson during oral arguments. Here’s an exchange: “That’s my question,” Richardson began. “I mean, is it your position now that there was no accelerant or you just don’t know?”

Even within his own office, there appears to be little confidence in the case against Cacy. Sam Katz, Ponton’s former assistant district attorney, who penned much of the state’s final answer to Cacy’s writ of habeas corpus, posted this message to Judge Richardson’s Facebook page a few weeks ago: “Thank you Bert for the correct ruling.”

In March, Ponton discovered that his own trail as DA has meandered into a box canyon. He suffered a primary loss to Alpine attorney and political novice Jaimie Escuder, who defeated him handily. And now, Cacy’s fate is out of his hands and in McMinn’s, a prosecutor who, hopefully, will listen to what the evidence and the experts are saying. 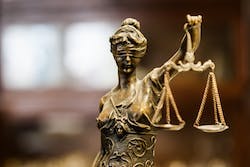 Arson Science Under the Microscope Again