The story of the Austin cobra isn’t actually all that funny. At the very least, it’s a story that involves a dead 18-year-old man. But in a Texas summer that’s seen violent reptiles generate headlines in ways they never have before, balancing our newfound fear of these cold-blooded killers with some gallows humor is just a human way to cope.

The Austin cobra became a brief social media phenomenon after it was linked to the death of its owner, Temple pet shop employee Grant Thompson, in a Lowe’s parking lot in Austin. Thompson, an exotic animal enthusiast, worked at Fish Bowl Pet Express in Temple and, according to this March profile from the Temple Daily Telegram, delighted in educating kids about the creatures the store kept. After the snake bit him, Thompson went into cardiac arrest and died shortly thereafter.

The story is certainly tragic, and would have probably remained just a sad tale of an unfortunate situation if it hadn’t been for the fact that the snake escaped his car and remained at large. But because the cobra was loose in a retail parking lot in North Austin, curiosity turned to fear—the Austin American-Statesman published a list of “five things to know about monocled cobras” that included the speed with which an adult who is bit by one will die if it hits a vein — and fear turned, inevitably, into jokes.

Thus was born the Twitter account for the Austin cobra, which blended snake puns with Austin hipster jokes and quickly became a social media sensation. It had an Internet predator, @Austin_Mongoose, and local brands and even the City of Austin got in on the action:

Anyone want to go check out Barton Springs tomorrow? I heard its a cool place to check out in town

Im new in town and even I don't recommend eating at Chuy's https://t.co/ggm88gPSvy

Anyone know how the long the line @FranklinBbq is rn? Gonna try and get some moist brisket for lunch

Anyone know how the long the line @FranklinBbq is rn? Gonna try and get some moist brisket for lunch

Shaking in my scales, lol pic.twitter.com/e63hvbm5wk

They sure are, but you may want to steer clear. #justsaying #sorrynotsorry @Austin_Cobra pic.twitter.com/L9VCgfaBA8

@austin_cobra How 'bout a sssspot as a host on @SXSWfm? Reckon we could call it the Hot Bites 100 hour, or something.

.@Austin_Cobra If you could meet us in the Lowe's parking lot tomorrow a.m. it would be super helpful. We'll bring the tacos, sticks & sacks

The end of the cobra jokes is probably a good thing, too. Gallows humor in the face of uncertainty — and a venomous cobra stalking the strip malls qualifies — is a normal, human response to a scary situation. With the cobra finished, though, it’s time to let the Thompson family mourn a tragedy without the snark. 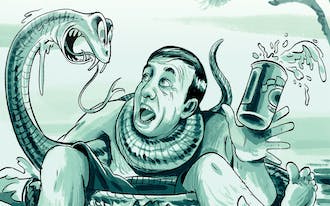 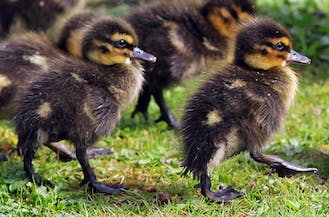