“They let me make a TV show!” Justin Simien, a Houston-born filmmaker and creator of Dear White People, exclaimed before the two-episode SXSW preview for the Netflix series.

We were first introduced to the characters of Dear White People in Simien’s 2014 movie of the same title, but it’s through this new series that their stories will get the space they need to be fully fleshed out. Both the film and the upcoming series are satirical dramas that revolve around the experiences of four black college students at a prestigious, predominantly white university.

The show’s narrator with the self-proclaimed “ethnic, but non-threatening voice,” tries to catch us up on the events leading up to the beginning of the series, but even people who’ve previously seen the movie might want to jog their memories before the series hits Netflix on April 28. Some plot lines have been altered slightly from the film, and three of the main characters have been replaced with newer faces. Logan Browning now stars as Sam White, Antoinette Robertson is the new Coco Conners, and DeRon Horton is now Lionel. Returning to the cast in their film roles are Marque Richardson, Ashley Blaine Featherson, and Brandon Bell.

Each episode focuses on the viewpoint of one specific character. In “Chapter One” we follow Sam’s story in the days after a blackface party on campus, and in the next chapter, we navigate the same time period from Lionel’s perspective. Richardson, who plays Reggie, explained that this narrative strategy allows for more character depth in a Q&A with the cast and creators after the screening. “What is so cool is we get to dive deeper and explore who those people are,” he said.

Simien also felt that the stories of Dear White People would be better served in a TV series format, but said he couldn’t have imagined that happening before. “These characters begin as archetypes before we get to know them,” Simien said. And through writing the stories as a series, the characters now have room to grow beyond archetypes. Simien also noted that the actors were committed to bringing the characters to life. That, in addition to the writing expertise of Yvette Lee Bowser—who previously worked on shows such as A Different World and Living Single—is what will take Dear White People to greater heights than even Simien imagined.

Bowser’s skill comes across in the series, where the dialogue is delightfully sharp and esoteric. Characters effortlessly dropped lines that sent the SXSW audience into rounds of laughter, like the conversation between Joelle (Featherson) and Sam (Browning) about the white boyfriend Sam’s been hiding from her best friend. In that scene, Joelle points out that the two first met in the comment section of a Medium post Sam wrote about not dating white men. Sam tries to explain why her views on interracial dating have apparently changed, at one point starting with “I’m biracial…” before Joelle cuts in with, “You’re not Rashida Jones biracial, you’re Tracee Ellis Ross biracial.”

In just a few minutes, that scene touches on the complexities of biracial identities, anxieties about interracial dating, and— perhaps most importantly for the show—the dynamics of Sam and Joelle’s friendship. When the scene ends with Joelle begrudgingly hugging Sam in forgiveness, it brought out more laughter in the crowd (Featherson is great at physical comedy). But that also managed to demonstrate such a familiar aspect of female friendship: acceptance, even sometimes without complete understanding.

A plethora of pop culture references—“You don’t get to Miley Cyrus our pain”—plant the series in a very specific moment in history and culture. Although it’s more up to date than the film, the show just missed another groundbreaking moment in the news cycle. Simien explained that the show wrapped production on November 8, Election Day. Although it was a bit of a shock to end filming on such a different note than the optimistic one they’d started that day with, Simien said he later felt proud that Dear White People could serve as a “clapback on the ready” for the aftermath of the election.

The series displays a commitment to exploring the complexities of the black experience, from everyday micro-aggressions to life-threatening realities. In one scene, a white girl listening to Lionel recount the blackface party says, “White people are the f—king worst” and then wordlessly slips her fingers into Lionel’s afro. In another scene, as Sam responds to complaints about her radio show (also titled “Dear White People”), she explains that making fun of white people doesn’t contribute to dehumanization or the support of institutions that result in their marginalization, imprisonment, or death. In that on air monologue, she specifically names Sandra Bland, Trayvon Martin, and Philando Castile.

With that intelligent and unflinching observation of blackness is also a dedication to explore intersectionality. That came across especially during the episode with Lionel, a freshman journalist slowly coming to terms with his sexuality. And for Simien, exploring stories like Lionel’s is a necessary part of the series. “Intersectionality is just another way to say ‘we’re human,’” Simien said. If these two episodes are an accurate indicator of what’s to come in the rest of the series, we have more sharp pop culture observations, character growth, and humanity to look forward to. 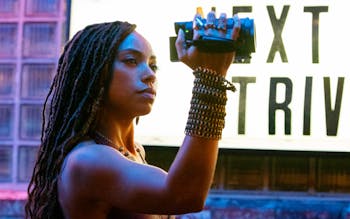 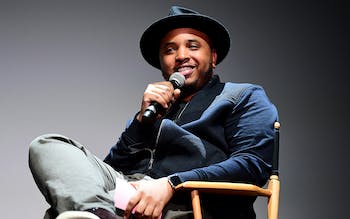 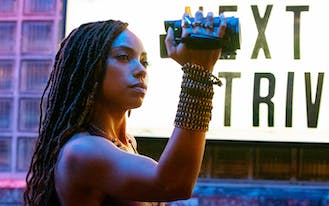 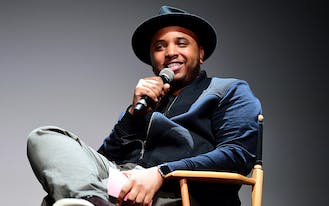