Robert Harrison moved to Austin from Auburn, Alabama, in the late eighties and formed his first band, Cotton Mather. It started with Harrison and cellist Nat Shelton making avant-garde music, but evolved, as more members were added, to power pop: catchy songs, memorable guitar hooks, quirky lyrics, and sweet harmonies reminiscent of the Beatles, Squeeze, and Crowded House. Cotton Mather’s second album, Kon Tiki (1997), became a hit in the UK after Noel Gallagher raved about it in the British press, and soon the group was touring with Gallagher’s band, Oasis, and living like rock stars.

The band broke up in 2003, and Harrison focused on his next project, Future Clouds and Radar. But since Cotton Mather reunited in 2012 to play a limited number of shows marking Kon Tiki‘s deluxe release, the band has continued to perform. Lately Harrison has been working on a new concept with Cotton Mather: writing songs inspired by his readings of the I Ching, the ancient book of Chinese wisdom and advice. Although he eventually plans to package them on two vinyl albums, right now Harrison is releasing the songs individually, beginning with “The Book of Too Late Changes.”

Texas Monthly: Your band was named for a seventeenth century Puritan preacher, and your latest project revolves around songs inspired by the words of a Chinese book from the tenth century BC that has been used for eons as a source of wisdom and spiritual guidance. Is there some kind of connection between a witch hunter and a spiritual guidebook?
Robert Harrison: Starting in my teens I began experiencing a deep longing for a connection with the divine behind—and within—the world I saw. By college I was seriously considering a life in the ministry and decided to major in religious studies. I became especially enamored in those years with Chinese religions—Taoism in particular. As for the I Ching, I studied it in college but didn’t delve deep until later.

I’ve always been spiritually curious. I love the story about Woody Guthrie getting admitted to the hospital near the end of his life, when he’s asked by the attending nurse to state his “religious affiliation,” and he answered “all.” When she replied, “No Mr. Guthrie, please be serious,” he shouted in anger, “All or none!” Well, I’m an all or none guy myself.

When I started this band my brother suggested the name Cotton Mather and we couldn’t stop laughing. It was his brilliant, perverse tip of the cap to my road not taken. And as for the witch burning characterization, I’ll take this moment to point out that Cotton Mather was an extraordinarily complicated man, hideous and despicable as those events were. Graduated Harvard age eleven. A man of science who first introduced vaccines into the colonies. Someone who likely wrote more in their lifetime than anyone ever! But Salem is to Cotton Mather as Vietnam is to Lyndon Johnson. History is a cruel publicist.

TM: Your breakthrough album Kon Tiki was influenced by Chinese philosophy, right?
RH: Yes. One night, our drummer Dana Myzer, burst into a Cotton Mather rehearsal going on about some talk and demonstration being given the next evening at a place called The China Health Center. Something from those college years stirred within, and I knew I had to be there. The band attended en masse and joked about it as our “trip to India.” What was being offered by this amazing, beautiful, humble master from an age-old tradition of qigong and tai chi was unique, rarified, pure temple training, handed down directly through generations from ancient masters. My music up till then had been so cerebral—our first record was clever, poppy, well-crafted, and smart. My mother had died a couple of years before, just before we were to open on a tour for Hootie and the Blowfish, and I was devastated. Performing night after night I felt so constrained by these clever, emotionally restricted, carefully crafted songs.

But now this training opened up my heart channel—and the music we were making—the music that became Kon Tiki—was emotional and spiritual. The album captures the pure joy of our experience. That’s the energy of Kon Tiki—it’s almost giddy with it. Also, in that class I met a guy who recommended consulting the I Ching. I began to ask questions of it, though I didn’t really know how to do it yet. Another friend pointed me to a different translation, and I began to understand it, have a rapport with it. The I Ching became an invaluable companion, and guide out of the deep dark forest of life I was temporarily lost in.

TM: The way I understand it, the I Ching is split into 64 hexagrams, and you consult it by asking a question, then tossing some sticks or coins, and analyzing the results.
RH: Right. My theory of how the I Ching works is: if you shoot an arrow into the distance, it’ll land somewhere, though we don’t see where. If you ask a question to the cosmos, there is an answer somewhere. The I Ching is an ingenious device to give you an answer here and now. I consult it at the beginning of most days, to give me an awareness of what to pay attention to.

TM: When did you start using it in songwriting?
RH: A few years ago I wrote a song titled “Call Me the Witch” for a woman named Nicole Atkins. I got the idea for the song after consulting the I Ching, trying to figure out what to write. I wrote a couple more after that, basically using it as a writing aid. Around Christmas last year I got the idea for this project as I was recalling a conversation with a friend, who was also a student of the I Ching, and I said my favorite movie is It’s a Wonderful Life, and he supposed this was because every condition of the I Ching happens in that movie. So I thought, “What if I could do that in songs?” At first, when I would ask, “Should I do a project based around the I Ching?” I’d get a gentle “No.” But this spring I was in Europe and realized it was burning in me to do it. I thought it would be gimmicky to do all 64 at once, it would only work if it comes from sincerity. It couldn’t just be, “Hey, look at me.”

TM: So, what is your motivation?
RH: One, once you have an idea, you realize if you don’t do it now, you never will. And two, when I first started playing music, I was in my twenties, and the script for my songs was furnished for me by the way I was living—staying out late, making discoveries, living an edgy life. But the newness begins to diminish as you age. The exploration turns inward. I find this is a valuable way to keep my eyes and ears open and fresh. Also, it gives me a framework for making something with its own agenda. I’m just along for the ride.

The question was, where do I begin? One problem is you have to convince people you’re worth hearing again. I knew it had to be something explosive. I consulted the I Ching and got hexagram 24, “The Return,” which is about turning back onto the path. So I thought, I’ll make it about the return of Cotton Mather. I wrote the song, which I call “The Book of Too Late Changes.” It’s an answer to people who might say, “What happened to Cotton Mather? You guys got really big and then were gone.” I thought, This needs the full rock production. It’s way over the top. Pretty soon I had about seven songs written or in production in my home studio. By summer I had some more.

TM: How many have you written now?
RH: I think about eighteen, with another five or so simmering. Recently I was wrestling with a relationship that seemed unhealthy for myriad reasons. And the I Ching directed me, as I asked for guidance, to hexagram 21 which is called “Biting Through” or “Eradicating,” depending on what translation you’re using. The primary theme of this reading is about setting boundaries and administering justice in a relationship by “biting through” to the truth of an unfavorable situation. So I wrote a song. I also recently finished up a track called “Never Be It,” which is taken from the hexagram 5 called “Waiting.”

TM: How does the I Ching actually guide you in writing the songs?
RH: The I Ching, as I experience it, communicates about what is predominantly occupying my thoughts or feelings at a given time. And as songwriters, that is typically what we end up writing about anyway. So this serves as a companion, directing me toward that which I’m in some sense most qualified to speak to. I’m not super literal. I’m still writing the songs like Robert Harrison would.

TM: Will “The Book of Too Late Changes” be available on iTunes?
RH: We will make it available as a free download in the next few days on our website. It will migrate to iTunes eventually. And we’ll let everybody know where to find the new tracks as they materialize. Each track will also come with a “commentary” which might be personal, humorous, anecdotal, or all of the above. The commentary for this one is called “Mama Sugarly’s Yum-Yum.”

TM: What will the next song be?
RH: I’m not sure. My aim is to release one per month until we bring out a new Cotton Mather record next summer. This first song will definitely be on it, but I’ll hold the other candidates back until that time. One result of creating in this way is that there is a great deal of range within the collective. So I’ll bring some songs out deemed less suited for the first record. As for the musical personnel, I’ll probably be calling it all Cotton Mather, but you can expect a heavy dose of Future Clouds as well. And more records. 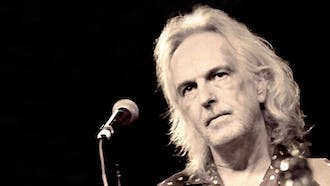 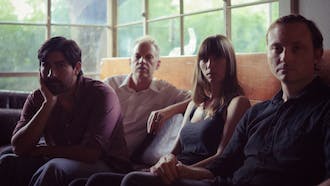 Exclusive Song Premiere: Knife In The Water Return With “Call It A Shame” 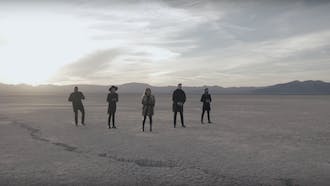 The Pentatonix Cover of “Hallelujah” Shows Why The Song Lives On 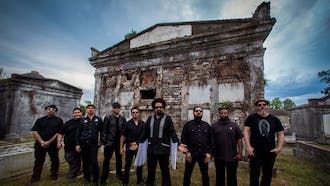 ‘Brown Sabbath’ Return With “Symptom Of The Universe”