The source the Guardian cites for that tidbit—which, it should go without saying, is 100% untrue—is the website the Tribune Herald. Somewhat legit-sounding URL aside, that is a parody news website that runs on a basic WordPress template, has 75 followers on Twitter, and includes stories with other headlines like, “Obama to meet and personally arm Syrian rebels with special ‘first gun.'”

And while it’s always good for a laugh when a major news source gets snookered by a seemingly-obvious satire site, this isn’t the first time that the Guardian—the storied paper responsible for, most recently, breaking the news about the PRISM surveillance program—has published facts about the Texas criminal justice system that have no basis in reality.

As the Texas criminal justice blog Grits For Breakfast noted earlier this month, on September 6th, the paper published a summary of an editorial by Australian billionaire Gina Rinhart, in which she argued that non-violent offenders ought to be able to buy their way out of jail. While there’s a decent argument to be made that, um, that’s kind of already the way that it works most places, Rinehart argues that this ought to be formalized. It may seem self-serving for the wealthiest person in her country to advocate for codifying unequal justice systems for the rich, but when she needs to point to an example of how it works in a developed country, she’s quick to point her finger in the direction of, yup, Texas. As the Guardian writes:

She writes that the Australian government should learn from the state of Texas which, Rinehart claims, allows prisoners to buy their way out jail [sic] in order to ease government costs and prison overpopulation.

“Let them pay to get out of prison or not enter prison (a new source of revenue), and let them be part of the tax-paying workforce. Texas has shown us a far more humane, cost-improved and more successful way of dealing with non-violent prisoners,” writes Rinehart.

While it’s not the paper’s own editorial board making the claim, one would expect that an outlet capable of breaking the News Of The World phone-hacking scandal could find someone to add a footnote that said, “Rinehart’s claim about Texas refers to a policy that does not exist,” but the Guardian allows her statement to go unchallenged.

All of which brings up a question worth asking: Is there anything that you could tell a British reporter about the criminal justice system in Texas that they would not publish on its face? (Hey, Guardian, people caught twerking in Texas are hung at midnight behind an old tree in Abilene!)

While, yes, Texas employs the death penalty, the state is also home to a groundswell of support for “The Texas Model,” a progressively-minded, conservative-led plan for criminal justice reform. As crazy reputations go, Texas isn’t exactly Mike Tyson here. Just because you hear something crazy about Texas doesn’t mean it’s true.

Meanwhile, if you want a list of bizarre things that actually are against the law in the UK, have a look here. And whatever you do, don’t have sex on a motorcycle the next time you’re in London. 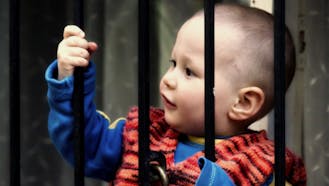 Texas’s Problem With Truancy Is Getting Some Well-Deserved Attention 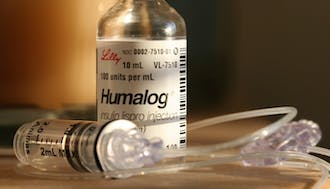