As spring break destinations go, Port Aransas has nothing on South Padre Island. Port A attracts students and families looking to hang out on the beach; South Padre attracts a giant EDM festival and the legacy of Girls Gone Wild.

And, it seems, that’s kind of how the nice, quiet little beach community to the Island’s north would like to keep it. Last night, the Port Aransas City Council voted to give themselves the authority to ban drinking on the beach for the two-week span comprising most of Texas’ spring break. As the San Antonio Express-News reports:

The Port Aransas City Council unanimously voted Thursday to authorize themselves to expand the hours in which consumption of alcohol on public beaches is prohibited during Spring Break and the month of March.

The new vote doesn’t explicitly ban drinking on the beach, mind you—that’s something the council will decide in February—but it gives them the authority to extend that nightly prohibition all day long. Of course, as anybody who’s been to Port Aransas at any time knows, “alcohol is banned on the beach at night” is a fine sentiment that has little impact on the amount of alcohol actually consumed on the beach at night in the city—people do plenty of drinking on that beach, day or night, regardless of the law.

Still, if the city council decides to extend the hours at which drinking is prohibited on the beach to “all of them,” the odds are there’ll be a strong enforcement push to go along with it—and a handful of college-aged partiers receiving tickets ought to be enough to curb the concern. That is, if they don’t all read the headlines, decide that Port A isn’t for them, and head down to South Padre for a week of revelry, excess, and fully intoxicated beachgoing. 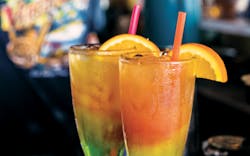 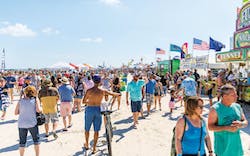 Behind the Lines: It’s Time to Go Back to the Texas Coast 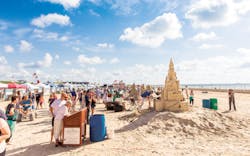