A team of scientists led by researchers at Rice University published a study in the Nature Geoscience journal earlier this week that offered a new explanation for how the element carbon, the basic building block of all life, arrived on Earth.

“We propose that the ratio of carbon to sulfur in the silicate Earth could have been established by differentiation of a planetary embryo that was then accreted to the proto-Earth,” the researchers wrote. “We suggest that the accretion of a Mercury-like (reduced) or a sulfur-rich (oxidized) differentiated body—in which carbon has been preferentially partitioned into the mantle—may explain the Earth’s carbon and sulfur budgets.”

Here’s the simplified English translation: a small, carbon-carrying baby planet pummeled into the Earth and was absorbed by our core, and the collision unleashed a whole bunch of carbon closer to the Earth’s surface. Over 4.4 billion years, that carbon turned into you, me, Matthew McConaughey, your dog, the salad you ate for lunch, and even Donald Trump. There were steps along the way, of course, but you get the picture.

The question of how Earth ended up with so much carbon—enough to create literally all life—has long been a mystery. There have been a few theories, but each had significant holes. An abundance of carbon could have always been here, but much of it likely would have boiled away while the Earth was still a fiery mess of molten junk, or it would have gotten locked into the Earth’s core once it formed. Another possibility was that carbon and other elements arrived via meteorite.

“Any of those elements that fell to Earth in meteorites and comets more than about 100 million years after the solar system formed could have avoided the intense heat of the magma ocean that covered Earth up to that point,” Yuan Li, a postdoctoral researcher at Rice and the lead author of the study, said in a Rice news release (Li has since moved on to the Guangzhou Institute of Geochemistry). “The problem with that idea is that while it can account for the abundance of many of these elements, there are no known meteorites that would produce the ratio of volatile elements in the silicate portion of our planet.”

Rice petrologist Rajdeep Dasgupta, who co-authored the study, conducted experiments with his research team using Rice University’s hydraulic press, a machine that can simulate the extremely hot, high-pressure conditions in the Earth’s core. According to the press release, they squeeze and smash rocks in their hydraulic press, sort of like this:

For the past three years, Dasgupta and Li had been conducting these experiments to try to figure out how elements like sulfur or silicon might impact iron’s affinity for carbon (the Earth’s core is iron-rich, and iron tends to keep carbon close, explaining how carbon may have gotten locked up down there). The results of their rock-smashing suggested that a planet like Mercury—which already has a silicon-heavy core—could have collided with and been absorbed by Earth, explaining the abundance of carbon in the Earth’s silicate mantle, which is the layer of Earth that sits between the core and the outer crust. Here’s a handy diagram to help explain all this stuff:

While this isn’t quite a definitive answer to science’s most perplexing question—how we got here—it’s still a fascinating discovery that sheds more light on how life might have begun on Earth. 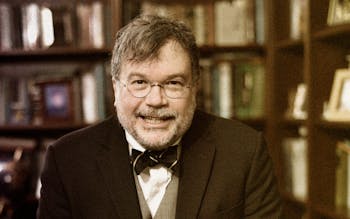 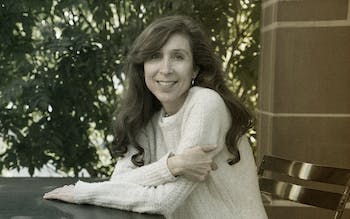