During SXSW, there was a brief outage of service from both Fasten and RideAustin. If those names don’t sound familiar to you, it’s because you don’t live in Austin—you are presumably more familiar with the ride-hailing services provided from major international players like Uber and Lyft. In May 2016, when a local ordinance that would have repealed the city’s regulations on those kinds of services—backed by the two titans of the app-based ride-hailing industry—failed at the ballot box, and Uber and Lyft quickly left town.

Since then, Austin has more or less recovered. Off-brand companies like Fasten, Fare, Wingz, GetMe, and InstaRyde, as well as the non-profit RideAustin, popped up and quickly developed a pecking order. Fasten and RideAustin are at the top, offering tens of thousands of rides a week, while the others provide services in a more limited capacity.

No purer example of the hedonic treadmill than watching rich dudes freak out about having to navigate a major American city without Uber. pic.twitter.com/4CwqjTTV09

But because of that outage at SXSW—when demand was at the sort of extreme high that neither service had seen before—the state of ride-hailing apps in Austin got put on blast. Some of it was from tech industry types livid that they couldn’t just use the app they were used to in order to get a ride out of the airport. Others pointed to the outage as proof that Austin couldn’t actually function without Lyft and Uber (as though Uber had never had an outage of its own). Finally, others used the affair as an opportunity to hammer the liberally-minded city as “hostile to disruptive innovation,” declaring that “Austin’s Progressive Leaders Ruined Ridesharing.”

The outage was unfortunate, and it denied the city the chance to boast about how smoothly things function without Uber and Lyft—even if things do tend to work pretty well when there aren’t 150,000 visitors clogging networks. But the thesis that Austin is experiencing a crisis around ride-hailing apps is an old one, and it’s incomplete. RideAustin, which as a non-profit makes all of its numbers public, gave its millionth ride in February. Drivers are happy with the rates they make on RideAustin (which gives them the full amount of the ride) and Fasten (which takes a flat fee out of each ride, rather than a percentage like Lyft does). Most of the year, the companies’ servers can handle the load, and it’s likely that they’ll each be improving their servers based on what happened at SXSW.

Still, despite the fact that the city seems much happier with the current state of its ride app regulations than the tech fellas who come in for SXSW, things might end up getting a lot friendlier for Lyft and Uber anyway. That’s because the disruptive innovators in the tech world have an ally in the Texas Legislature, which seems increasingly likely to pass statewide regulations that would prevent cities like Austin (and Houston, which has a similar ordinance—and which keeps Lyft, but not Uber, from choosing to operate in the city) from determining what the rules that drivers and the companies through which they find passengers will have to follow will be in each city.

There are three different bills in the Lege, all of which would create a statewide rule that would supersede local regulations, and the Senate began debating them last month. (Similar legislation was proposed in 2015, though it ended up dying without a vote.) This time, though, momentum is on the side of the companies that hope to see the legislation passed—the Texas Tribune reports that “at least one of the bills is widely expected to eventually move on to the full Senate for a vote,” which, in an environment that’s increasingly hostile to the idea of local control, has a strong chance of passing.

All of which is to say that the question of whether or not Austin’s leadership “ruined” ridesharing is ultimately the wrong thing to focus on. It’s true both that Austin tends to get around pretty well without Uber and Lyft, and that the two companies are pushing hard for legislation that would change the dynamic there dramatically. Perhaps the real question, then, is what happens to Fasten, RideAustin, and the rest if Uber and Lyft come back?

That’s a tougher question to answer, but it’s the one on which the future of ride-hailing in Austin hinges. For now, RideAustin and Fasten are doing a job that satisfies customers and drivers. But if Uber and Lyft decide to cut costs to consumers for six months, eating the expense of the service, they could easily make RideAustin and Fasten seem like overpriced relics of a bizarre moment in the city’s history. It may not prove sustainable (currently, Uber’s passengers pay for only 41 percent of each ride, and the company was projected to lose $3 billion in 2016), but it doesn’t have to be sustainable: it only has to chase away the competition.

Ultimately, Austin’s current ride-hailing situation is a reminder that Uber and Lyft actually provide very little value to the people who use them. As the companies are keen on arguing in court when drivers challenge that they are employers, they simply facilitate a transaction between two separate entities. They don’t provide the car, the gas, or even the phones that people use to connect. Austin’s collection of Brand X companies prove that those things can be replicated pretty effectively, which means that they might actually be able to stick around—and only time will tell if that’s what happens. 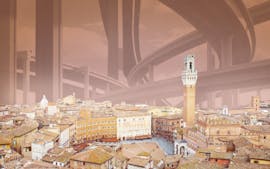 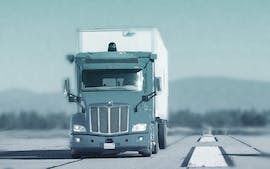 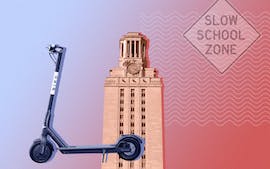 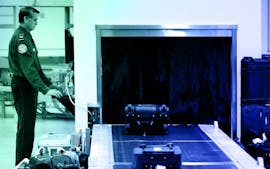 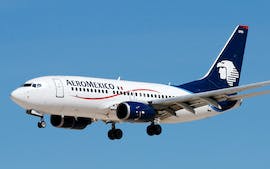 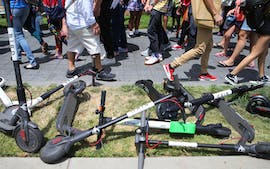