—Austin police officer David Montalvo to Assistant Chief Chris McIlvain, after pulling him over for speeding, according to the Austin American-Statesman. When Montalvo told McIlvain how fast he was going—92 miles per hour on MoPac in a 65 mile per hour zone—McIlvain responded, “Holy mackerel!” Then Montalvo let him off the hook with just a warning and no ticket. The entire interaction was caught on video, and after the Statesman brought it to light, McIlvain was ordered by the chief of police to pay a speeding ticket. 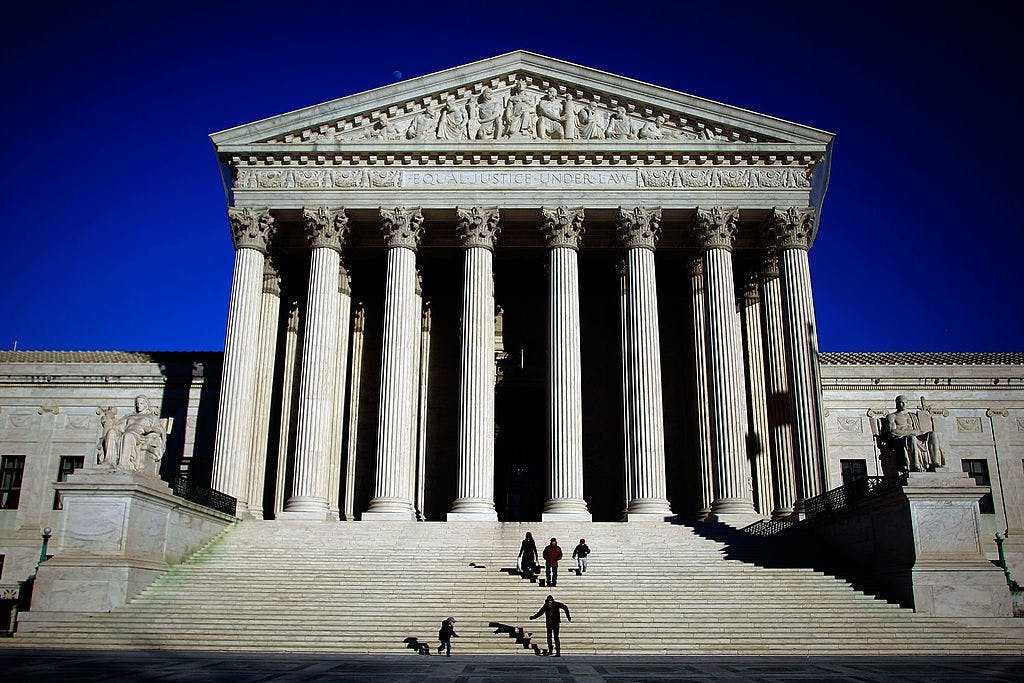 Raising The Standard
On Tuesday, the U.S. Supreme Court found that the criteria Texas uses to determine who is intellectually disabled enough to be spared the death penalty is based on outdated medical standards and has resulted in the state putting to death mentally disabled inmates, violating the Constitution’s “cruel and unusual punishment” prohibition, according to the Dallas Morning News. The case centered around Bobby James Moore, who was sentenced to death after murdering an elderly store clerk in Houston in 1980. Now, after a long legal battle, Moore will almost certainly avoid execution and may even become a free man, according to the Houston Chronicle. “At 13, Moore lacked basic understanding of the days of the week, the months of the year, and the seasons; he could scarcely tell time or comprehend the standards of measure or the basic principle that subtraction is the reverse of addition,” Justice Ruth Bader Ginsburg wrote in the decision. But a few years ago, a Texas appellate court rejected a lower court’s decision that Moore was too mentally disabled to be executed, affirming Texas’s process for determining such things. The medical standards used to uphold Moore’s death row status were established back in 1992. It is a set of standards that only Texas uses, and even in this state the only situation in which those standards are used in is to determine a convict’s eligibility for death row. “Texas cannot satisfactorily explain why it applies current medical standards for diagnosing intellectual disability in other contexts, yet clings to superseded standards when an individual’s life is at stake,” Ginsburg wrote. As the New York Times notes, Moore’s case helped shed light on a statement in a 2004 case that set Texas’s standards, in which a state judge wrote that a fictional character—Lennie Small from John Steinbeck’s Of Mice And Men—should be used as the official standard for who is too mentally disabled to be executed. SCOTUS ruled 5-3 in favor of rejecting Texas’s method.

Paved With Gold
A cool $9 billion is set to hit the road in Texas. On Tuesday, the Texas Transportation Commission approved amendments to its $70 billion, 10-year transportation plan, allowing $9 billion in funding to go toward statewide improvement projects for Texas’s highways, according to the Austin American-Statesman. “This is a major step forward,” said Texas Transportation Commissioner Bruce Bugg. That money will be used for a whopping 230 new projects, the largest of which will be a major overhaul of Interstate 45 in the Houston area, which officials described last month as the kind of project that only comes around once in 50 years, according to the Houston Chronicle. Once the project is completed, it should help relieve what is arguably the most congested area in the entire state, south of the central business district in downtown Houston. Overall, Houston is getting a good $1.32 billion chunk of that $9 billion for 10 total projects, including the I-45 revamp. Austin’s getting a major cut, too: $620 million for four big projects, according to the Statesman.

Deep Trouble
Ex-Texas congressman Steve Stockman was officially indicted by a federal grand jury on corruption charges Tuesday, according to the Houston Chronicle. Apparently the grand jurors didn’t buy Stockman’s claim when he was arrested earlier this month that he was the victim of a “deep state” conspiracy. Instead, there was apparently enough evidence against the guy to slap him and former aide Jason Posey with a 28-count indictment, alleging the duo made off with hundreds of thousands of dollars in charitable donations, which were then used to finance his campaigns and personal expenses. The Republican, who most recently served in Congress in 2015, allegedly raised $1.25 million in donations from 2010 to 2014 based on false pretenses, then skimmed some of that for himself, including funding what the Justice Department described as “a covert surveillance project targeting a perceived political opponent,” according to the Texas Tribune. Stockman still says he’s innocent, though his attorneys have tried to put some distance between themselves and his “deep state” conspiracy theory, according to the Chronicle.

Sanctuary Solidarity
Travis County joined a whole bunch of cities and counties across the nation in supporting a lawsuit that challenges President Donald Trump’s executive order targeting sanctuary cities. According to the Austin American-Statesman, Travis County commissioners voted 4-1 to send an amicus brief in support of the lawsuit filed against the feds by the city and county of San Francisco in January, arguing that the executive action is unconstitutional, violates states’s rights, and is an overreach of presidential power. Trump’s order threatens to withhold federal funds from localities that decline to cooperate with federal immigration authorities. Travis County has been at the forefront of the sanctuary debate in Texas, so it’s really no surprise that the county is lending its support to the national lawsuit. Fourteen California cities and counties have already filed briefs supporting the suit, while a whole bunch of others are expected to join Travis County, including the city of Austin, Chicago, Denver, Los Angeles, and Seattle.

A scientist who works for NASA in Houston has been in a Turkish prison for nine months because of a single U.S. dollar bill Houston Press