This week, the Internet exploded when Grand Prairie-native Selena Gomez posted a cryptic comment on the Instagram account of her ex-boyfriend Justin Bieber. Apparently, Gomez felt compelled to weigh in after Bieber threatened to quit ‘gramming if his fans didn’t stop posting negative comments about his new girlfriend, Sofia Richie, Lionel Richie’s seventeen-year-old daughter. “If you can’t handle the hate then stop posting pictures of your girlfriend lol,” wrote Gomez, to which Bieber responded, “it’s funny to see people that used me for attention and still try to point the finger this way. Sad. All love…”

The inanity continued. Selena allegedly accused Justin of cheating. Justin might have accused Selena of the same, upping the ante by dropping the first name of a former member of One Direction, a massively popular boy band that might be Bieber’s greatest rival on the pop charts. Celebutante and possible-Bieber-ex Hailey Baldwin was reported to have gotten in on the drama, though all she did was post, and then delete, a quote about taking responsibility for one’s actions. No one said anything specific, no one tagged anybody else, but all involved said just enough to attract the attention of their millions of followers and dominate the news cycle for at least the next 24 hours. (And Bieber eventually did quit IG, but I give it a couple weeks before he’s back with more followers than ever before.)

This is not the first time Gomez and Bieber have feuded on social media. This is not even the first time in the past month that Gomez has been caught in an ambiguous social media controversy; last July she found herself in quite the jam for some supposed digs at Kim Kardashian, who had just released Snapchat videos humiliating Taylor Swift, Gomez’s current best friend. And, before that, one only has to go back to February for yet another social media kerfuffle, when Gomez liked an Instagram video of Austin Swift, Taylor’s brother, throwing a pair of Yeezy sneakers into the trash, which the Internet considered proof that Gomez was picking sides in the ongoing Kanye-West-Taylor-Swift battle of 2016.

All this to say that these days, Gomez’s brand seems to be locked into narratives of friendships and feuds, and whole articles get written about her most passive aggressive non-actions on social media. She is now better known for the company she may or may not keep than for the movies or music she makes. But this narrative has its origins in Gomez’s early years on the Disney Channel, when she and fellow DFW-native Demi Lovato branded themselves as best friends first, performers second.

The two Texans first became friends as ten-year-olds after meeting on the North Texas-based set of Barney and Friends, but they conveniently booked gigs at the Disney Channel around the same time. In 2007, Gomez, then fifteen, was the first to arrive on the scene, scoring the lead role in the sitcom Wizards of Waverly Place in 2007. Gomez’s star quickly rose, and the media began touting her as “the next Miley Cyrus,” the highest of compliments for tween stars of that era. Later that year, Lovato was cast in the Jonas Brothers movie-musical Camp Rock. (Side note: the Jonas Brothers also lived in Dallas. Early-aughts Metroplex for the win.) The moment Lovato stepped foot on the Disney lot, her and Gomez’s brands appeared to be inextricably linked.

This was further cemented in early in 2008, after Lovato had been cast in Camp Rock but months before it would air on the Disney Channel, when she and Gomez began releasing video blogs on YouTube. They were the sort of cringe-worthy giggle-fits that only BFFs too young to have learner’s permits would think to share with others, but in this case they were viewed by millions. It was a very smart move. Not only did the vlogs function as free publicity for the actresses’ various projects, but they allowed both stars to project illusions of intimacy with each other and with their fans. Sure, they were professional actresses who would soon be millionaires, but they also stayed up late making silly videos, cracking themselves up over nothing, just like you and your friends.

The videos were also responsible for the duo’s first mainstream publicity—and first public feud. In mid-2008, Miley Cyrus, still in the somewhat-innocent Hannah Montana days, posted a video to her own YouTube channel that appeared to be directly mocking one of the vlogs made by Gomez and Lovato. US Weekly covered it, as did People, The Hollywood Reporter, websites like Gawker and Perez Hilton, and newspapers across the country (even Houston’s own paper of record, the Houston Chronicle, reported on the online hijinks of the fifteen- and sixteen-year-olds). By the next year, Gomez and Lovato had enough national name recognition for People to dedicate an entire special issue to their friendship. Headlines such as “From Texas to Hollywood!” and “Demi & Selena Inside their Friendship!” were almost all punctuated by exclamation points.

But it wasn’t long before the bloom came off the rose. By 2010 Gomez and Lovato were reportedly feuding with each other. In July of that year, when Lovato was in the midst of some public struggles with drugs and alcohol and Gomez was spending more time with ascending mega-star Taylor Swift, Lovato responded to a fan’s query about Gomez with the cryptic “ask Taylor.” The duo recovered, walking a few red carpets together in 2011 and posing for selfies in 2013 (complete with the hashtag “#forever”), but their relationship has more or less been labeled as rocky ever since.

And yet Gomez and Lovato are still characters in each other’s narratives, as if their brands have an almost symbiotic relationship. As recently as September 2015, Lovato was still getting asked questions about Gomez in interviews, and they both have a habit of tweeting about each other when they have singles to drop, all of which sparks speculation across the Internet about the true status of their friendship. Lovato still probably hates Taylor Swift; she hints as much every so often, either by liking a tweet that says “I love Kim Kardashian,” or going on a misguided rant implying Taylor’s $250,000 donation to the legal fund supporting pop superstar Kesha (who was trying to get out of a contract with a producer she had accused of sexual assault) was somehow not supportive enough. Maybe Lovato doesn’t hate Taylor but knows that a subtweet or two will get her name into whatever drama is dominating the 24-hour news cycle.

It’s impossible to know for sure if these social media displays are calculated publicity stunts, but it’s obvious that celebs regularly benefit from the ripple effects of that attention. Selena Gomez and Demi Lovato certainly do and have since their earliest days on the Disney Channel. Justin Bieber and the Kardashians do too. Beyoncé is the best at it (because she does it all while staying above the fray, though that’s the subject for a whole other blog post). Expert squad-cultivator Taylor Swift, the shining star around whom whole systems of ingénue-BFFs orbit, has built an empire out of offering glimpses into her social life. Her music and videos seem to actively encourage fans to speculate about who she is and isn’t getting along with, and her friend Selena Gomez (and frenemy Demi Lovato) usually share in the publicity bounty.

Because social media allows celebrities to give their followers the illusion of a backstage pass, these days our culture seems to be unusually obsessed with what happens in a star’s life behind the scenes. Still, this is not a twenty-first-century advent. Squads have always been important. Audiences have long been fascinated by celebrity friendships, and a public display of platonic affection has many times multiplied the power of two star’s individual brands. Take, for example, Waylon Jennings, who was a legend in his own right by the mid-seventies, when a suggested trip to Luckenbach, Texas, with Willie Nelson and “the boys” became the most successful song of his career. “Luckenbach, Texas (Back to the Basics of Love)” was his first single to top not only the U.S. Country charts but also Billboard’s Hot 100, where it peaked at number-25 for sixteen weeks. The song is a classic for many reasons, but one of them is that it invites the listener to imagine themselves on vacation with the coolest cats in country music. Furthermore, the ambiguous lyrics encourage just enough speculation about who those “boys” really are, and fueling speculation is a time-tested method of fan engagement. Just ask Taylor Swift.

So, yes, a celebrity can dominate the news cycle with something as effortless as a double-tap. Play the cards right and one can make a career out of it. But a word of caution: Gomez should think about locking that phone screen before she’s better known for being an ex and ex-BFF than for being the actress-musician-producer-mogul that she really is. 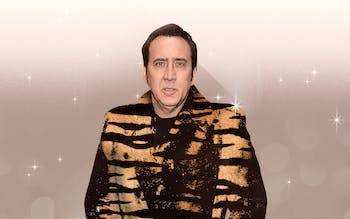 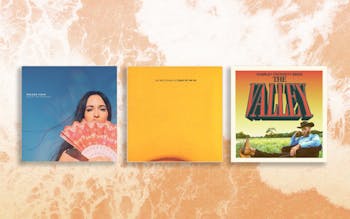