“I look down and I thought, ‘aw, it kind of looks like a little lobster.'”

—Linda Bell to KHOU. The “little lobster” had just fallen from an overhead bin on her United flight in Houston and into the hair of her husband, Richard. But it wasn’t a lobster. It was a scorpion. The eight-legged creature stung Richard when he picked it up. Richard was in some pain, but he didn’t require any medical treatment. 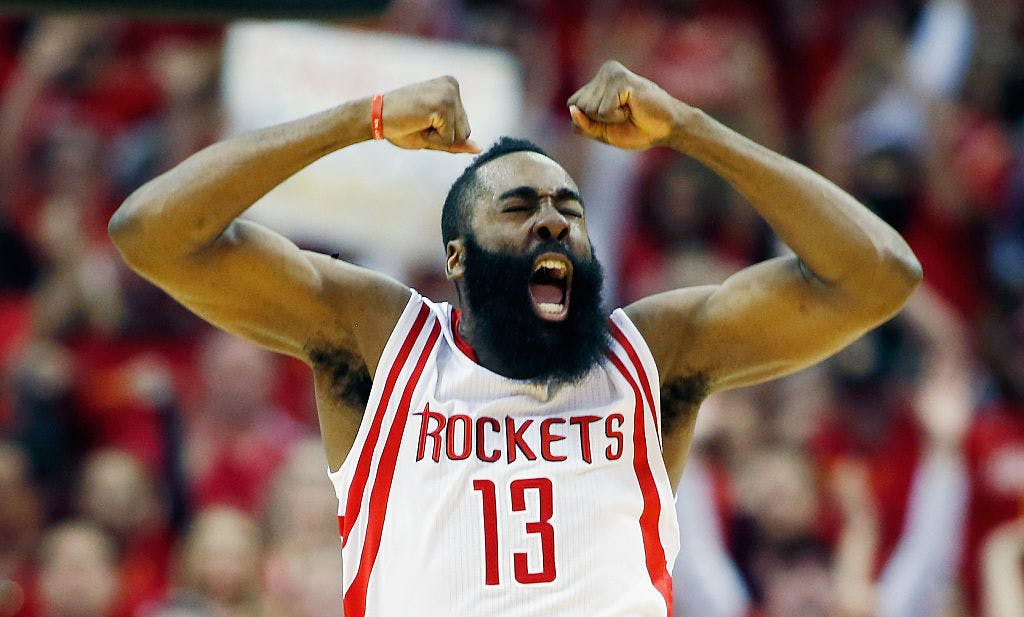 Do Or Die
The San Antonio Spurs and the Houston Rockets will begin their respective hunts for an NBA title with first-round playoff match-ups tipping off this weekend. Both teams are realistic threats to the top-seeded Golden State Warriors in the Western Conference—the Spurs finished right behind the Warriors for the NBA’s second-best record, and the Rockets weren’t too far behind as the league’s third-best team. Both teams, too, are led by frontrunners for the league’s MVP award—James Harden for Houston and Kawhi Leonard for San Antonio. If the Spurs hope to knock the Warriors off the Western Conference throne, they first must beat the Memphis Grizzlies, a team they swept in the first round of last season’s playoffs. According to the San Antonio Express-News, Saturday will mark the fifth time since 2004 that the Spurs have encountered the Grizzlies in the playoffs, more than any other opponent over that time frame. “We’ve played them many times, and they’ve played us,” guard Manu Ginobili told the Express-News. “We know what to expect, and they do too.” The Rockets, meanwhile, have a far different first-round opponent in the Oklahoma City Thunder. This one is all about the individual matchup of Harden against Russell Westbrook, the Thunder’s do-it-all guard who is at this point essentially battling one-on-one with Harden for league MVP. Expect fireworks from both Harden and Westbrook.

Home Sweet Home
Rick Perry returned to Texas on Thursday for his first public appearance in the Lone Star State since he took the job as the secretary of the U.S. Energy Department. The former governor of Texas was in town for a ribbon-cutting ceremony at the NRG’s Petra Nova Power Plant in Thompsons, near Houston. The plant uses new technology to catch carbon dioxide emissions from coal-fired power plants before it makes it into the atmosphere, and Perry hailed it as an “example of how investments in clean technology can lead to increased development of conventional sources of energy,” according to the Texas Tribune. “The president has made it very clear to me that he does not just want the U.S. to be energy independent; he wants America to be energy dominant, and today’s opening is just another step and another example of that becoming a reality.” The project cost $1 billion, with the help of a $190 million grant from the Department of Energy under the Obama administration.

Bigger Buc-ee’s
Texas’s favorite roadside rest stop, Buc-ee’s, is once again making waves in the convenience store world. The Beaver-themed shop announced on Thursday an ambitious new plan: the construction of a 225-foot-long, tunnel-style car wash at a soon-to-be completed store in Katy. “We are currently applying for a Guinness World Record for the car wash,” Jeff Nadalo, the company’s general counsel, told the Houston Chronicle on Thursday. “We haven’t found a longer car wash anywhere else.” You may not be able to find a bigger car wash outside of Texas, but you could soon find a Buc-ee’s outside the Lone Star State. The company also recently announced its intention to build a new store in Daytona Beach, Florida, the very first Beaver to land outside of Texas. The store will bring a little bit of Texas to the Sunshine State, selling its famous Beaver nuggets and kolaches. Construction is tentatively set to start in 2018.

Urban Farmers
The city of Austin has hatched a plan to get more people to raise chickens. According to KVUE, the city announced on Thursday that if Austinites attend one of five “chicken keeping classes” and purchase a chicken coop, then they can submit a rebate application online and receive a $75 check from the city, as part of the Austin Resource Recovery’s Home Composting Rebate Program. Not a bad deal, especially if you love fresh eggs and don’t mind cleaning up chicken crap. Apparently the birds have quite a few benefits. “Chickens recycle your food scraps while giving you fresh eggs and creating healthy soil,” the city said in an email, according to KVUE. It’s a very Austin way to help reduce waste. According to KVUE, the incentive program has already taken off. All five chicken parenting classes are currently full. But the city is planning on offering more, so if you’re still interested in raising chickens you won’t have to just wing it.

The son of a former Sooner quarterback committed to Texas ESPN