“It’s just crazy that people could steal baby Jesus. And how could you not feel guilty about that?”

—Angie Bullington, owner of the Christmas Store in Tyler, to KYTX. Apparently baby Jesus is by far the most popular target at her store for thieves and robbers. “Thou shalt not steal” is clearly not a big concern for some people. 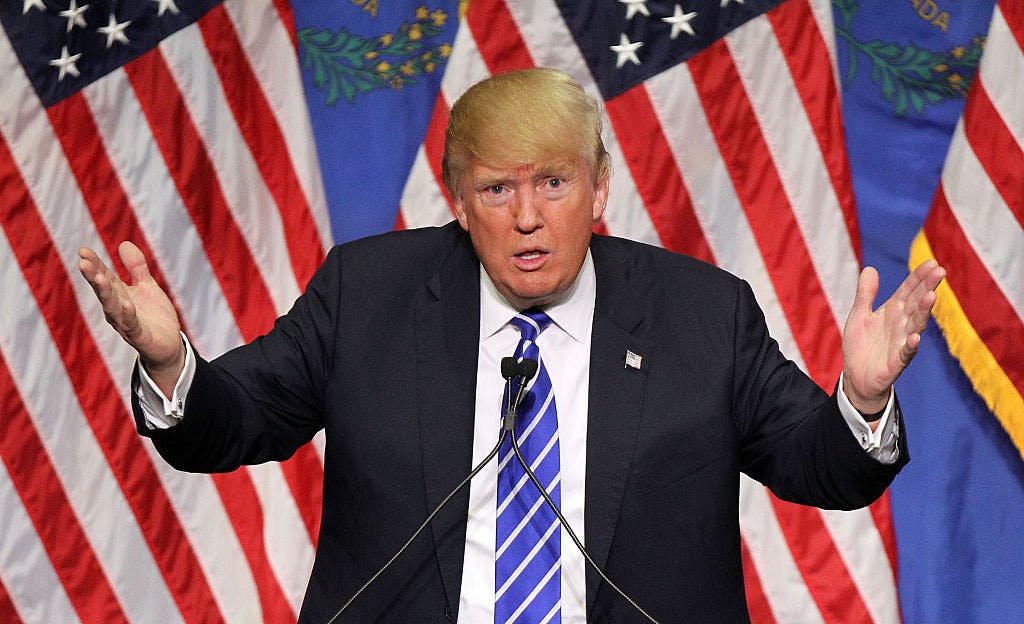 Electoral College Dropout
A second Texas elector has come out and said he won’t be voting for President-elect Donald Trump. The first Texas elector to do so, Art Sisneros, made clear his intention to resign rather than cast his electoral ballot in a blog post. But Christopher Suprun, of Dallas, made his announcement with a little more panache, via an op-ed in the venerable New York Times. Unlike Sisneros, whose rationale for not voting for Trump was based on biblical grounds, Suprun’s logic seems to be entirely secular. Among the pop culture references Suprun used to make his argument: Saturday Night Live (“Mr. Trump goes out of his way to attack the cast of “Saturday Night Live” for bias.”), Star Wars (““Rogue One,” the latest “Star Wars” installment, arrives later this month. I am not taking my children to see it to celebrate evil, but to show them that light can overcome it.”), and Hamilton (“Hamilton also reminded us that a president cannot be a demagogue”—OK, fine, Suprun was referring here to the actual historical figure rather than the hit Broadway musical). In the op-ed, the elector criticized Trump for surrounding himself with people Suprun sees as bad apples, like Trump’s national security adviser General Michael Flynn and Steve Bannon. Instead of voting for Trump, Suprun called for electors to unite behind an alternative, suggesting Ohio Governor John Kasich instead. “The election of the next president is not yet a done deal,” Suprun wrote. “Electors of conscience can still do the right thing for the good of the country… Fifteen years ago, I swore an oath to defend my country and Constitution against all enemies, foreign and domestic. On Dec. 19, I will do it again.” That’s a certifiable fire emoji kicker.

Sinking Feeling
A sinkhole opened up along a San Antonio road on Sunday evening, swallowing two cars and claiming the life of a part-time Bexar County sheriff’s deputy, according to the San Antonio Express-News. Images from the scene are truly horrific—the sinkhole was twelve-feet deep and spread the entire width of the road. The sinkhole trapped two drivers—68-year-old Doralinda Nishihara and another man who hasn’t yet been named by authoritities. According to the Express-News, a woman came to the aid of the man who was trapped in his vehicle before firefighters arrived to rescue them both from the pit’s muddy waters. But Nishihara never made it out. It’s still unclear what, exactly, caused the sinkhole, but it opened up at the scene of a sewer line rupture. San Antonio Water System workers are still working to pump out water from the hole so they can get a better look inside. It could be weeks before the road is reopened.

Gone Viral
Johnson County is in the middle of the worst mumps outbreak in a long time. According to the Fort Worth Star-Telegram, there are 28 current cases of mumps, mostly among kids in Cleburne and Keene. Of the 28 cases, 23 are in kids between the ages of 5 and 18. There haven’t been more than 20 cases in the entire state of Texas since 2011, and we’ve averaged just 35 cases a year from 2005 to 2015, so this is a very unusual outbreak. Officials with the Texas Department of State Health Services think they’ve narrowed down the starting point for the outbreak to a similar one in Arkansas, where five Johnson County students had visited family a month earlier and came back infected. About 34 of the 1,100 students in the Keene school district aren’t vaccinated (North Texas is big-time anti-vax country), and Keene and Cleburne schools have told unvaccinated students to either get the vaccine or go home and don’t come back to school for 26 days.

Secretary Swap
Governor Greg Abbott picked Texas’s new secretary of state on Monday, after the last guy abruptly resigned. You remember the last guy, right? Sure you do (psst: it was Carlos Casco). Abbott’s new appointee is Rolando Pablos, the former chariman of the Texas Racing Commission, according to the Texas Tribune. As the Tribune notes, during his two years as secretary of state Cascos “kept a relatively low profile,” which is certainly a Texas-sized understatement. But the secretary of state is Texas’s top elections officer and advises the governor on border issues, so it’s actually pretty important. It’s unclear why Casco resigned.

Someone stole a Fort Stockton man’s barbecue pit, which should be a capital crime in Texas KOSA

Thanks, Obama(care)! A Fort Worth bar closes, and the owners somehow blame the Affordable Care Act Fort Worth Star-Telegram