“My God, this is going to be refreshing.”

—Kelcy Warren, CEO of Dallas-based Energy Transfer Partners, in a phone call with analysts on Thursday, according to the Dallas Morning News. Warren is apparently feeling pretty great about president-elect Donald Trump, who he feels will be good for the pipeline company he runs. Warren’s company is behind several controversial pipeline projects, including the Trans-Pecos Pipeline in the Big Bend region and a planned pipeline in North Dakota that has prompted intense protests from the Native American community. 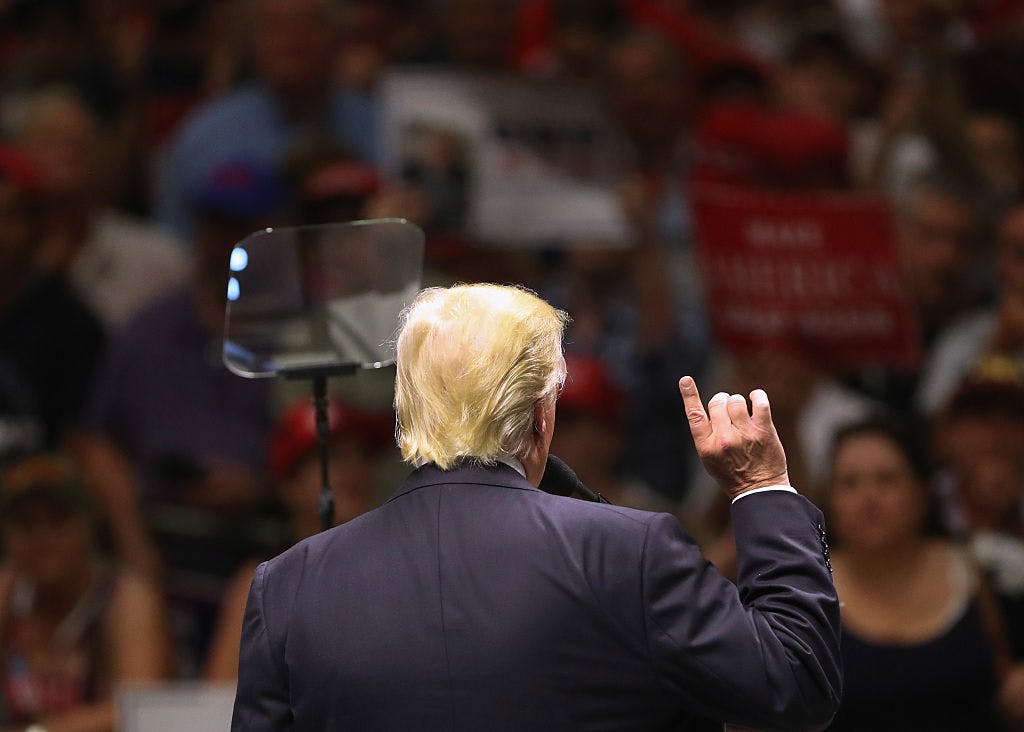 Texans React
Texans took to the streets in protest of president-elect Donald Trump for the second day on Thursday. In Austin, about two hundred protesters blocked traffic and marched toward the Capitol on Thursday night. According to KVUE, two protesters were detained during the largely peaceful protest. The day before in Austin, hundreds more protesters had marched against Trump in a protest that lasted nearly nine hours. Meanwhile, around three hundred protesters also gathered in downtown Dallas on Thursday night, again marking the second day of anti-Trump protests in the city. According to the Dallas Morning News, three people were reportedly arrested, and there’s another protest scheduled in Dallas for Friday night. “At this point, a lot of people are upset about this, and a lot of people feel that they are under attack,” Dallas protest organizer Dan Sullivan told the Morning News. “People feel that a Trump presidency is going to be very dangerous to them.” Tensions are running particularly high at Texas State University in San Marcos. Six hundred Texas State students protested on Thursday, gathering at the university’s Fighting Stallions statue for over nine hours. The anti-Trump protest came the day after fliers threatening to torture and “tar and feather” people who encourage diversity were found glued to bathroom mirrors across campus. Police are investigating it as a criminal matter. According to the Austin American-Statesman, the scene Thursday was pretty tense: police had to break up a near-fight after a heated discussion broke out between a protester and another student, and one man was escorted off of campus after he attempted to set an American flag on fire.

The Cabinet Of Donald Trump
Could the president-elect stock his cabinet with Texans? It’s certainly possible. According to the Texas Tribune, at least four Texans are rumored to be under consideration for various positions in the Trump administration. Among the names are Agriculture Commissioner Sid Miller, whose controversial social media exploits have made headlines lately; former Governor Rick Perry, who once called Trump a “barking carnival act” and a “cancer on conservatism”; U.S. Representative Michael McCaul, Texas’s most publicly pro-Trump congressman; U.S. Representative Jeb Hensarling of Dallas, who is a good pal of Trump’s vice president, Mike Pence. The Houston Chronicle tossed a few more Texas cowboy hats into the ring, suggesting U.S. Representative Will Hurd, state Supreme Court Justice Don Willett, and even U.S. Senator Ted Cruz could join Trump’s team. Lieutenant Governor Dan Patrick, however, said he’ll be staying in Austin despite whispers he’d jump ship for Trumplandia after heading the Republican’s Texas campaign.

No Billed
An Austin police officer won’t face charges after violently arresting African-American school teacher Breaion King, according to the Austin American-Statesman. A Travis County grand jury no-billed officer Bryan Richter on Thursday after a three week review of the June 2015 incident. Video shows Richter, who is white, ripping the much smaller King from the driver’s side of her car, dragging her across the parking lot, and then picking her up and throwing her violently back down to the concrete before putting her in handcuffs. King was originally pulled over for an alleged traffic violation. She has since filed a federal civil lawsuit against Richter, and the Austin Police Department’s internal investigation into the incident is expected to be completed sometime in the next few weeks, according to the Statesman. In a statement, King’s attorney said King appreciated the effort of the Travis County District Attorney’s Office, but was “disappointed in the no-bill as it was an opportunity for some closure.”

Sun Sets On Change
The Texas Sunset Advisory Commission had a chance on Thursday to approve a number of suggested reforms aimed at Texas’s Railroad Commission, but ultimately chose not to, according to the Texas Tribune. Perhaps the biggest snub was the suggestion to change the Railroad Commission’s name to something that more accurately reflects what it actually does, which is regulate the energy industry in Texas. The new name could have been the “Texas Energy Resources Commission,” which just makes so, so much more sense, especially considering the Railroad Commission doesn’t even do stuff with railroads. The Sunset Commission did approve a few changes, including stricter requirements for reporting oil and gas production violations, and giving the Railroad Commission the authority to enforce damage prevention requirements for interstate pipelines. But, as the Tribune notes, all of the recommended changes that the Sunset Commission approved were ones that “had the blessing of the oil and gas industry.”

A salacious tale of a church minister, two choir members, an affair, a sex tape, and criminal charges FOX26