“I locked the handle, but it wouldn’t budge. They tried for thirty minutes.”

—Conroe City Councilman Duane Ham to the Houston Chronicle. Ham accidentally locked himself in a gas station bathroom on Tuesday and was stuck there for a while before firefighters eventually pried the door open to free him. 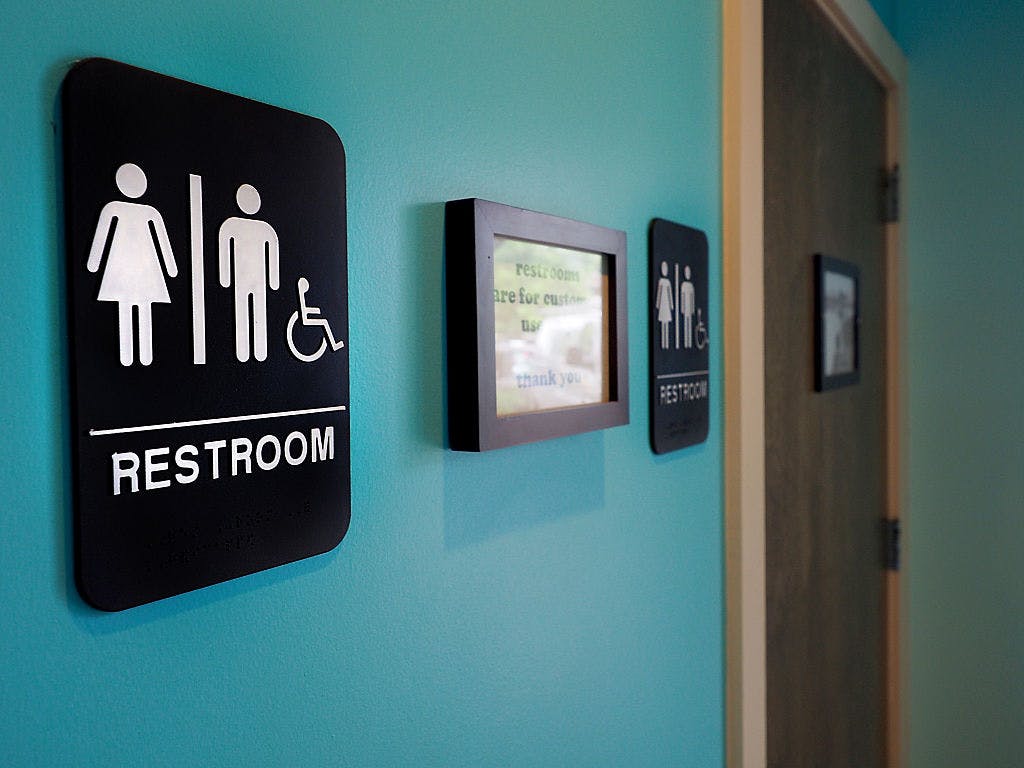 First Hurdle
Texas’s controversial bathroom bill is a little bit closer to becoming a reality after the Texas Senate approved the legislation Tuesday evening. Following a few hours of debate, Senate Bill 6 passed on a 21-10 party-line vote, with the exception Democrat Senator Eddie Lucio Jr. of Brownsville, who broke rank to vote in favor of the bill, according to the Texas Tribune. Birthed by Lieutenant Governor Dan Patrick, SB6 would require transgender people in public schools and other government-owned buildings to use the restrooms that align with the “biological sex” listed on their birth certificates. In the nearly five hours of debate, Democratic lawmakers argued SB6 would negatively impact Texas’s already stigmatized and vulnerable transgender population and would also potentially leave a dent in the state’s economy. The proposed bill has faced harsh criticism for transgender advocates for its discriminatory nature and from the business world for its potential to turn away corporations or big tourism events like the Super Bowl or the NBA All-Star Game, as has been the case in North Carolina, which passed similar legislation last year. But Republicans (and Lucio) were unmoved. “I think the people of Texas expect boundaries between genders,” said SB6 author Senator Lois Kolkhorst, a Republican from Brenham, according to the Austin American-Statesman. Now the bill now heads for a final, pretty much symbolic vote in the Senate before it gets kicked over to the House.

D.C. Or Bust
U.S. Representatives Beto O’Rourke and Will Hurd embarked on an epic cross-country road trip on Tuesday after a snowstorm grounded their flights from San Antonio, according to the Dallas Morning News. The unlikely duo called their trek a “mobile town hall,” and live streamed much of it on Facebook. The lawmakers answered questions from constituents, occasionally serenaded viewers in duets, and shared bits of wisdom that could only come out of a 24-hour long car ride like, “It’s never too late to get donuts,” a late-night gem offered by O’Rourke, or Hurd’s proverbial quote: “It’s not the destination, it’s the journey, man.” The road trip went viral on Facebook and Twitter, using the hashtag #bipartisanroadtrip, and the buddy comedy duo of O’Rourke (a Democrat from El Paso) and Hurd (a Republican out of Helotes) was too good for the national media to pass up. The road trip made headlines in the New York Times, Washington Post, and CNN. As the Times notes, both of these guys are fairly moderate (at least in today’s highly partisan political climate), so it’s unlikely they’ll come to blows at some point down the line. But as of last night they had yet to make it to D.C., so who knows what hijinks may follow.

Second Rate
Remember last summer, when Texas gave about $18 million in grant funding to anti-abortion women’s health services providers like the Heidi Group, in an effort to show that the Lone Star State just didn’t need Planned Parenthood? Well, the Associated Press decided to check in on the Heidi Group and see how things have gone since Texas dumped $1.6 million into the pretty much untested non-profit. According to the AP, things are not going well. Like, not at all. After reviewing the non-profit’s work, the AP found the Heidi Group “has done little of the outreach it promised,” and no one will even say exactly how many patients the group’s private clinics have served so far. It’s looking more and more like the Heidi Group is a $1.6 million money pit. The group said it would help clinics promote their services on Facebook, air public service announcements, create a 1-800 line to help women find providers, and ensure that all clinics have updated websites—but none of that has come to fruition. A spokesperson for the Heidi Group blamed the lack of action on uncooperative clinics and delays in additional funding for advertising.

Voice Of The People
U.S. Representative Joe Barton, a longtime representative of Arlington, held a town hall meeting in Navarro County on Saturday, but it didn’t go too well for him. According to the Dallas Morning News, the town hall got a little heated, and Barton was caught on video telling a constituent to “shut up.” Someone in the crowd asked a question about violence against women, and Barton began to explain that he voted against a bill that addressed the issue because he thinks violence against women is a “state issue” and not a federal one. That drew a mix of applause and boos from the crowd. One person shouted, “It’s violence against women, that’s a national issue, that is an issue that impacts everyone everywhere, not only in this country but everywhere.” Barton apparently had a hard time defusing the situation, and the crowd grew more belligerent until Barton pointed to a man in the audience and said, “You. You, sir, shut up.” The crowd only grew angrier. In a statement about the incident, Barton said he told the man to quiet down because he was being disruptive.