“Secret Santa has been watching you. And he’s been very impressed.”

—Tracie Washington, principal of Dallas’s Dade Middle School, during a teacher appreciation pep rally on Wednesday, according to the Dallas Morning News. Washington told her staff to look under their chairs, where they each found a $400 Target gift card, thanks to an anonymous donor who gave $150,000 toward teachers in Dallas ISD. More than 300 teachers, counselors, instructional coaches, and librarians across the district received the gift cards. 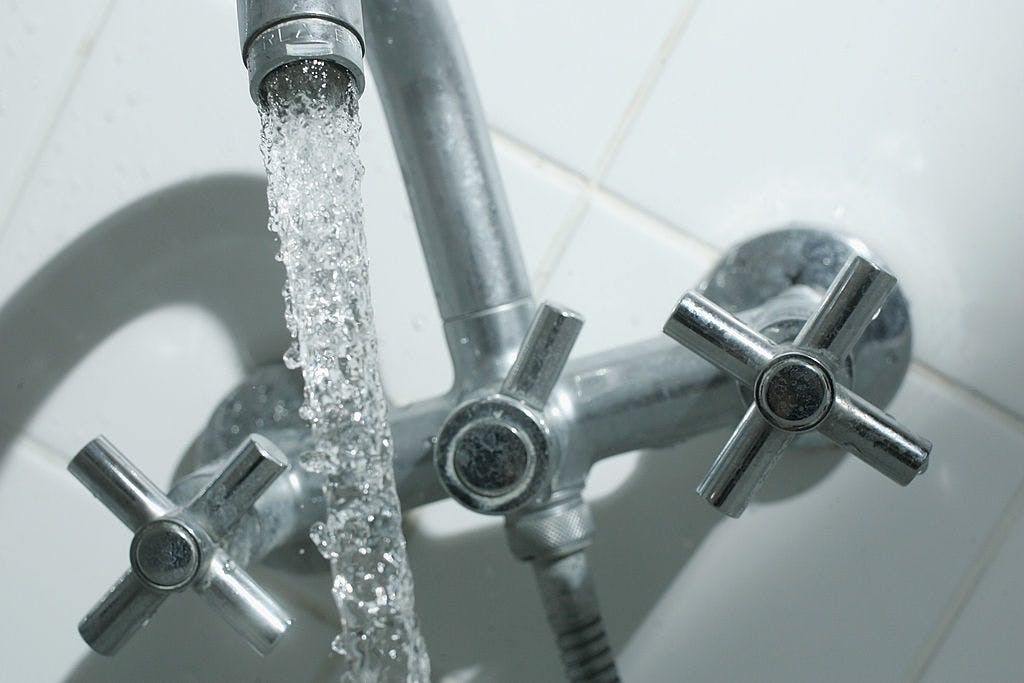 Nor Any Drop To Drink
The City of Corpus Christi issued a disturbing warning to residents early Thursday morning: don’t use tap water for anything at all until further notice. Don’t drink it, shower in it, or brush your teeth with it. Don’t even bother trying to boil it, apparently—just go straight for the bottled stuff. “Boiling, freezing, filtering, adding chlorine or other disinfectants, or letting the water stand will not make the water safe,” the city said in a statement. The problem, according to the Corpus Christi Caller-Times, stems from a “backflow” issue near an industrial company. Apparently the city was notified of dirty water in the downtown area very early Thursday morning, and when officials investigated, they traced it to a spot in between two unnamed industrial companies, where a backflow preventer either completely failed or just wasn’t working well enough. A city spokesperson told the Caller-Times that the chemical potentially contaminating the water supply is an “oil-based petroleum” chemical, and the city has apparently been working with the Centers for Disease Control and said the chemical is not poisonous and isn’t expected to be a health hazard. The city said it expected to have more details after some test results come in later Thursday morning. This is still a developing story so more details are sure to emerge at some point (you can check the Caller-Times‘s website for the newest information), but the important thing Corpus Christi residents need to know right now is that they shouldn’t use tap water until further notice. Of course, this isn’t the first time Corpus Christi has had a water problem. The city issued a boil water notice for about two weeks in May, one of three such notices in a span of less than a year, and city agencies have struggled to find a remedy or even identify the root of those water problems—the city manager even resigned in large part over Corpus Christi’s water boil crisis.

Reality Bites
The Centers for Disease Control (busy day in Texas!) issued a warning on Wednesday urging pregnant women to avoid the Brownsville area and, if they can’t do so, to take extra precautions to protect themselves from mosquito bites due to an elevated risk of the Zika virus, according to the Texas Tribune. The CDC made it clear that there is “not yet any evidence of widespread, sustained local spread of Zika,” but after identifying five locally transmitted cases in Brownsville, the agency apparently thought it was necessary to issue a travel warning. Zika is linked to microcephaly, a birth defect that causes an abnormally shrunken head. Texas’s first locally-transmitted case of Zika was reported in late November, after the mosquito-borne virus was found in a 43-year-old Brownsville woman, and in July the first Texas baby with Zika-related microcephaly was born in Harris County. In all, there have been more than 250 reported Zika cases in Texas, according to the state’s most updated count, but the vast majority of those cases were travel-related and not locally transmitted.

Family Matters
The father of the “affluenza teen,” like his son and ex-wife, seems to be having trouble with the law. According to the Fort Worth Star-Telegram, Fred Couch, father of Ethan and ex-husband of Tonya, was found guilty in Tarrant County on Wednesday on a misdemeanor charge of false identification as a peace officer, stemming from a 2014 incident when Fred donned a badge and told police in North Richland Hills that he was a “reserve officer.” Apparently he a volunteer for a search-and-rescue team in Lakeside, but his badge said “Lakeside Police.” Fred was sentenced to 120 days in jail and 100 hours of community service, but he won’t spend any time in the slammer and will be placed on probation instead. His son, Ethan, is infamous for receiving just ten years of probation after he got behind the wheel while drunk and killed four people. Ethan and his mom, Tonya, eventually fled to Mexico before being tracked down, and Tonya herself ended up facing felony charges of money laundering and hindering the apprehension of a felon.

Big Win
In what will go down as one of the most lopsided score lines in any sport ever, the Duncanville High School girls’ basketball team beat Grand Prairie by a score of 90 to 1 on Tuesday night. According to WFAA, Duncanville actually tried their best not to utterly crush their opponent’s sporting soul, but everything they tried didn’t work. They played man-to-man defense. They switched to zone. They pulled their starters. They started using up the clock as early as the second quarter. “I don’t know what else we could have done,” Duncanville head coach Cathy Self-Morgan told WFAA. “[Grand Prairie] put up a lot of shots, they just didn’t go in… We had one extreme going and they had another extreme going.” The blowout loss isn’t necessarily something Grand Prairie should be ashamed of, though, considering Duncanville is fresh off of a state title (they’ve won twenty of them) and is currently the top-ranked team in Texas. The two teams will meet again this season, so Grand Prairie has a chance to avenge the loss, or at least has a good chance to double their own offensive output from the previous meeting.

Another day, another biker indicted in the Twin Peaks shootout (this one is number 155!) Waco Tribune