—Stephen Cook, of Dallas, to KTVT. Cook was the recent recipient of a kidney transplant, courtesy of his lifelong best friend, Ruben Arellano. Cook’s other friends will likely have a difficult time trying top that Christmas gift. 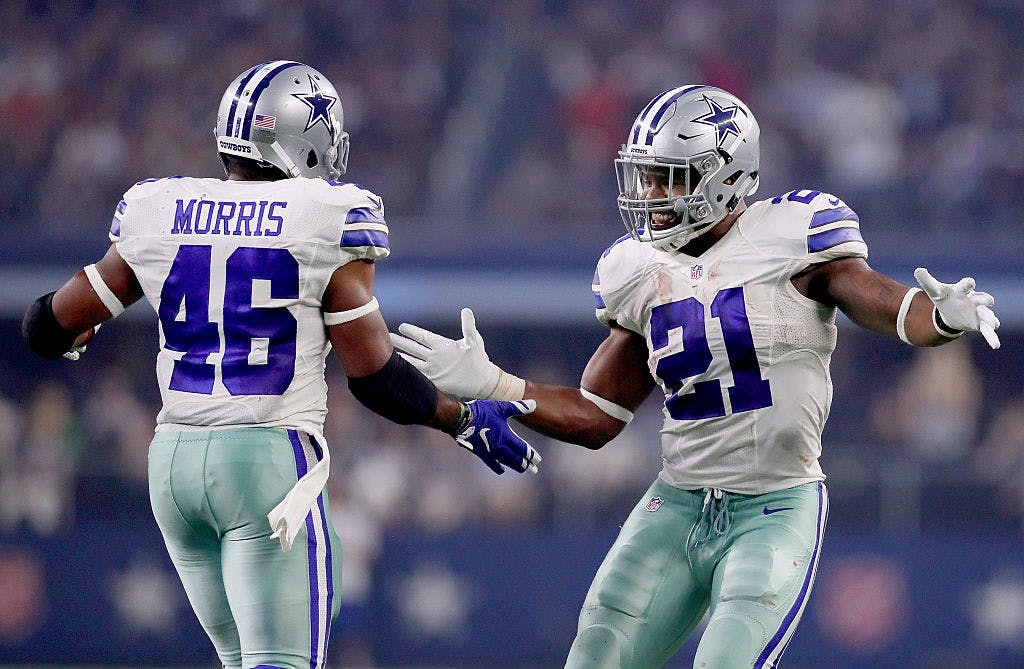 ‘Boys Being ‘Boys—The Dallas Cowboys clinched the NFC East and the top playoff spot on Thursday night, guaranteeing them home-field advantage throughout the playoffs, according to the Dallas Morning News. Just how, exactly, did it go down for Cowboys? Did they rumble to victory on the back of star rusher Ezekiel Elliot? Did rookie quarterback Dak Prescott hook up with wide receiver Dez Bryant for a last-second aerial score? Or, perhaps, the punter punted really well? Eh, not exactly. The big moment came when the Cowboys were at home, planted in front of their TVs. The Philadelphia Eagles played the New York Giants on Thursday night, and a win by the Eagles sewed up the Cowboys’s playoff fate, meaning they can now rest easy in the regular season’s last two games. It’s been quite a season so far for the 12-2 Cowboys (actually, if you just remove the Giants from their schedule, then they’re undefeated). The last time the Cowboys clinched the top spot was back in 2007, when they lost in the Divisional round to the Giants, who would go on to win the Super Bowl. This season marks just the second time in seven years the ‘Boys are playoff-bound, and they’re seeking their first Super Bowl win in more than two decades. We will refrain from prognosticating for the time being—we haven’t forgotten the dark cosmic power we apparently hold . . .

Bad Arrest—A police officer in Fort Worth has been placed on restricted duty while the department investigates the officer’s aggressive arrest of a woman and her teenage daughter, an incident that was captured on video, went viral online, and sparked protests. The video, posted on Facebook on Wednesday night, shows Jacqueline Craig, of Fort Worth, telling a white officer that she called the police after her neighbor choked her 7-year old son because he littered, according to KDFW. The officer then asks Craig, “Why don’t you teach your son not to litter?” The woman, clearly upset at the officer’s weird response, explains to the officer how littering doesn’t justify physically assaulting a 7-year-old. The officer’s reply: “Why not?” Things got pretty heated after that, and Craig, understandably angry, raised her voice. When Craig’s teenage daughter stepped in between the officer and her mother to push her mother away, the officer grabbed the teenager, pulls out his stun gun, puts it into the back of the mother and throws her to the ground, before doing the same to the teenager and coming after the unidentified videographer. It’s hard to watch. About 100 protesters gathered outside the Tarrant County Courthouse Thursday night, calling for the officer to be fired, according to the Fort Worth Star-Telegram, and Craig’s attorney has since characterized the incident as being fueled by racism. “It’s not a situation where someone used a racial slur,” attorney Lee Merritt told the Star-Telegram, “but racism is still all over it.”

Dance With the Devil—When the Texas State Strutters announced Wednesday that they’d be traveling to Washington, D.C. to perform during President-elect Donald Trump’s inauguration ceremony, they probably (perhaps against their better judgment) didn’t expect it to be such a divisive decision. But of course, it was. According to the Austin American-Statesman, Texas State University’s dance team was skewered on social media, where people have been critical of the their decision. Things got so bad online that it appears the Strutters have even deleted their own Twitter account. It’s an unceremonious reception for what is apparently one of the most storied dance team programs around: the Strutters’s website says they were the first “precision dance team” at a four-year university, and it currently boasts the largest squad in the nation. It’s unclear if they’ve re-thought their decision to dance at the inauguration—the Statesman was unable to reach the Strutters for comment.

Cop-out—Texas’s largest metro police force is shrinking, fast. According to the Houston Chronicle, 123 officers at the Houston Police Department filed for retirement this week, including thirteen of the department’s seventeen top commanders, stoking fears that even more departures could be on the way. It’s a big blow to a department that’s been understaffed for a long time—according to the Chronicle, HPD has fewer officers on the street than it did 15 years ago, even though the city is exponentially bigger than it was back then. The exodus could be in response to reforms made to the city’s pension plan, as plenty of officers had been eligible for retirement but, in years past, were encouraged to stay on due to pension increases. Still, new HPD chief Art Acevedo doesn’t seem particularly concerned. “You hate to see a lot of good people leave, but the sky’s not going to fall,” Acevedo told the Chronicle. “With the retirement of good people, it creates opportunities for other good people who are full of energy, ready to lead and probably will bring a new, fresh creativity to their position. We’ll get through it.”

American citizens are being held in immigrant detention centers. NPR

Ken Starr personally lifted the suspension of a Baylor player who was later convicted of sexual assault. Wall Street Journal

Another day, another Texan reportedly under consideration for Trump’s ag secretary. Texas Tribune