“I just feel at home there. A mile feels like a mile, 60 minutes feels like an hour and a day feels like 24 hours. A relationship with time is important to me.”

—Matthew McConaughey to ABC News. The native Texan was explaining why he chooses to live in Austin rather than in Hollywood with all the other famous folks. He said the biggest reason he sticks around the Lone Star State is to be close with his mom. Awwwwwww! 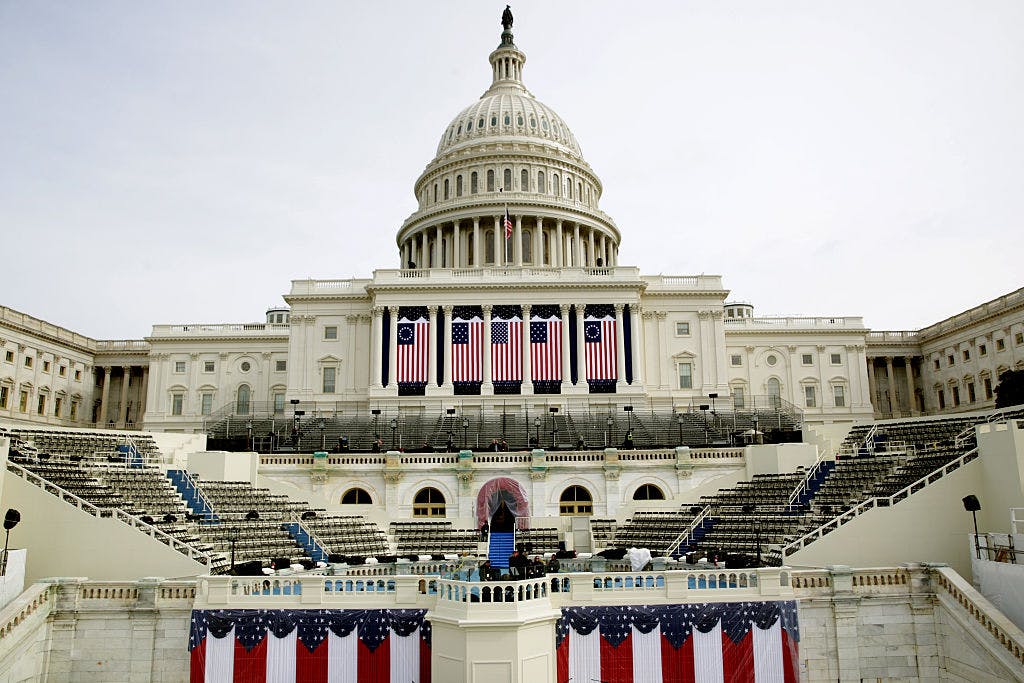 President Donald Trump
Love him or hate him, Donald Trump will officially become president of the United States at the inauguration ceremony in Washington, D.C. this morning. According to the Houston Chronicle, “thousands” of Texans flocked to D.C. for the main event, “some in a flurry of patriotism and others with a sense of doom.” There will be parties, for certain, but there will also be protests. Back in Texas, women in cities across the state plan to march through the streets on Saturday in a show of force for women’s rights, an extension of the Women’s March on Washington. And in D.C., five Texas congressmen will be boycotting the inauguration, according to the Texas Tribune. It’s hard to say for sure what our next president may have in store for Americans, but he may set the wheels in motion on day one for some big changes that could have a particular impact on Texans. According to Reuters, Trump aides said he’ll sign several executive actions in his first few days in office, possibly even on Friday, including taking measures to begin building a wall on the border with Mexico, limiting access for asylum seekers from Latin America, and renegotiating the North American Free Trade Agreement with Canada and Mexico. Trump will also likely undo Obama’s Deferred Action for Childhood Arrivals executive order on immigration, which means more than 700,000 people who were allowed to live legally in the U.S. under a two-year authorization to work or attend college could potentially face deportation.

Plan Halted
Planned Parenthood won a temporary victory in federal court on Thursday, when a judge ruled to block Texas from ousting the women’s health services provider from Medicaid, according to the Associated Press. The move isn’t reflective of any final decision in the court case, but it does allow Planned Parenthood to stay in Medicaid until February 21, while the state had originally planned to kick them out this Saturday. Planned Parenthood receives about $4 million from Medicaid, and the organization’s clinics provide services like cancer screenings and family planning to low-income women. Planned Parenthood’s attorney said in her closing argument this week that removing the group from Medicaid would have “devastating consequences” on 11,000 poor South Texas women who rely on its clinics for healthcare. Attorneys for the state, meanwhile, based most of their argument on secretly recorded videos taken by anti-abortion activists purportedly showing Planned Parenthood officials discussing the sale of fetal parts—but Planned Parenthood was cleared of any wrongdoing by a Harris County grand jury last year. In court earlier this week, Judge Sam Sparks called the state’s attorneys’ fixation on the videos “baloney.”

High Energy
Everything went smoothly for Rick Perry, President-elect Donald Trump’s pick for energy secretary, in his confirmation hearing before the Senate energy committee on Thursday, and it is likely he will be confirmed. The former Texas governor, who famously forgot the name of the Department of Energy during a presidential candidate debate way back when, refreshingly showed no signs of stage fright this time around. He even managed to laugh off an, uh, odd exchange with Minnesota Senator Al Franken, involving a dais, a couch, and one wild and crazy meeting behind closed doors, of which only Perry and Franken know all the saucy, salacious details. Anyway, that unintended double entendre aside, Perry made clear that he no longer wants to get rid of the Department of Energy, so that’s good, because he looks like he’ll be leading it. He also said climate change exists, and even admitted that it’s caused by people, saying, “some of it is naturally occurring, but some of it is caused by manmade activity.” Perry was expected to face a tough grilling similar to those received by Trump’s other cabinet nominees this week, but he apparently hit ’em with that sweet Texas charm, because, according to the Texas Tribune, “the tone in the room was often jovial.”

Targeting Muslims
State Representative Kyle Biedermann, a Republican representing Fredericksburg, sent a letter to mosques across the state, asking Islamic leaders to take a poll to indicate support of several documents to repudiate “institutionalized Sharia,” to renounce “persecution” of people who leave the faith, and to acknowledge the Muslim Brotherhood is a foreign terrorist organization, according to the Dallas Morning News. The poll, bearing “URGENT REPLY ASAP” in bold red letters on the envelope, is viewed by critics as extremely disrespectful to Muslims. A spokesperson for Biedermann told the Texas Tribune that the poll was related to a “homeland security summit” the freshman representative is hosting at the Texas Capitol next week “to thoroughly understand the critical threat of radical Islamic terrorism in Texas.” Biedermann has managed to make headlines for all the wrong reasons over the past year. In October, he faced ethical questions for sending state lawmakers free tickets to a polo match, and in March, the San Antonio Express-News exposed Biedermann for once attending an event dressed up as, uh, “gay Hitler.”

A Dallas pastor with bigoted views will preach to Trump and Pence in D.C. before the inauguration CNN