—Coy O’Neal, to WFAA. O’Neal, 83, provided the simple response when asked why he’s been working on the sidelines as part of the chain crew at Decatur High School in North Texas for nearly 70 years. O’Neal was honored on Friday night at Decatur’s football stadium, where the town celebrated his service by unveiling a bronze plaque with his name on it. 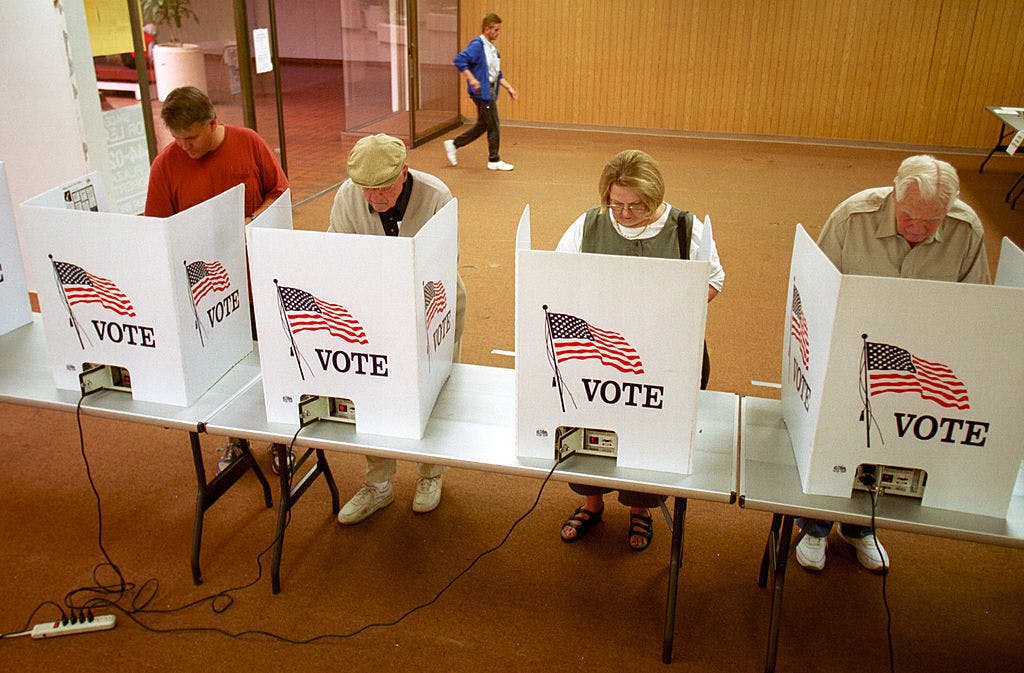 First Dibs
The time has officially come for Texans to make the big decision: Hillary Clinton or Donald Trump. Well, the time has come for some Texans to make that choice, at least. Many people will wait until election day on November 8 to vote, but for those of us who just can’t wait that long, early voting starts Monday and runs through November 4. Anyone is registered to vote can participate in early voting, and you can find out what you need to do to cast a ballot before most of your neighbors by checking out the Texas Secretary of State’s website here, and also here. The latest polls have shown Trump’s lead over Clinton in Texas shrink to as low as 2 percentage points, so your vote, as always, matters greatly. Of course, there are other down-ballot decisions to be made, too—Texas Congressional District 23, in West Texas, is particularly close, with incumbent Will Hurd (a Republican) taking on Democratic challenger Pete Gallego—but as the Texas Tribune notes, beyond that and the presidential race, there aren’t a whole lot of competitive races. Texas shattered a state record for registered voters this year, cracking 15 million, so many county election officials are expecting a larger turnout than previous elections. Dallas County is doubling the number of early voting locations. Travis County is also adding more early voting sites, and election officials in both of those counties, as well as Bexar and Harris counties are encouraging Texans to vote early to avoid possible long lines on November 8. So vote early, and often. Consider this a friendly reminder from the all-powerful media. Kidding! That was just a joke! Relax, and remember, the election is not rigged. Seriously, it isn’t rigged. Now just get out and vote.

No Representation
The Austin American-Statesman conducted a groundbreaking analysis examining how Texas’s Hispanic population is represented in state and local politics. The results? Not great. According to the Statesman, “more than 1.3 million Hispanics in Texas live in cities or counties with no Hispanic representation on their city council or commissioners court,” and that’s without counting those living in Texas who aren’t citizens. The state is 38 percent Hispanic, but only 10 percent of Texas’s mayors and county judges are Hispanic, and despite a booming Hispanic population, the group’s percentage share of political power has pretty much stayed the same for decades. Here’s a helpful map to see how the Hispanic population in your community is represented in your local government. There seem to be a few common threads throughout these communities, as the Statesman notes: “Many locations had a shared history: a record of voting rights violations and Department of Justice orders to provide Spanish-language election materials or election clerks; low numbers of Hispanics appointed to local boards and commissions; and notably low levels of voter turnout.” Still, as the New York Times says in its own look at Hispanic office holders and political engagement in Texas, there are more Hispanic elected officials here than in any other state.

Threat Level
“High threat” arrests along the Texas border apparently aren’t all that they’re cracked up to be. According to the Associated Press, many of the border busts deemed by the Texas Department of Public Safety to be the most serious offenses are, in reality, actually quite benign. Of the 1,800 people arrested near the border and labeled a “high threat” by highway troopers, some were only booked for drunk driving, not paying child support, or low-level drug offenses. Some were just “speeding teenagers,” or were arrested for hit-and-runs that resulted in no serious injuries. There are very serious implications for lumping such small offenses in with more serious crimes. As the AP notes, “Republican leaders have used crime, smuggling and immigration data to justify an intensified deployment of troopers, armored boats and spy planes to the border since 2014,” spending on border security has skyrocketed in Texas over the past few years, and a pillar of presidential candidate Donald Trump’s campaign promise to build a wall is the claim that the border is riddled with threatening criminals. According to the AP, DPS indicated it would consider changing the way it labels “high threat” arrests.

Crazy Numbers
Oklahoma beat Texas Tech on Saturday, 66-59. Uh, wait, has the college basketball season started already? Nope! That’s a college football score. If you happened to tune in or were lucky enough to catch it live, you would have witnessed a wild one, as this game set a handful of records—none of them, obviously, were set by either team’s defense. Texas Tech quarterback Patrick Mahomes recorded an absolutely bonkers 819 total yards (819!), which tied an NCAA Football Bowl Subdivision record, according to the National Collegiate Athletic Association. Mahome’s 734 passing yards (734!) set a single-game record in that category, and he fell just one pass attempt short of setting that record (he threw a ridiculous 88 times). The teams combined for a record 1,708 yards and tied an NCAA record with 78 first downs. Still, Texas Tech’s incredible offensive performance came in vain, as they fell a touchdown short of victory. It was a bitter weekend for many college football fans in Texas. Texas A&M, the University of Texas at Austin, TCU, and Houston all lost. Ouch.

Is a Trump hotel coming to Austin? Austin American-Statesman