“We do not prohibit anyone from having tattoos and entering the establishment. We prefer that there be no face or neck tattoos.”

—Philip Brinson, attorney for Little Woodrow’s restaurant and bar in Midland, to KOSA. The recently opened eatery and watering hole has already been skewered on social media after some inked-up patrons claimed they were refused service because they were tatted above the shoulders. Brinson explained that the restaurant would still allow such people inside, so long as they covered up the tats on their face or neck. 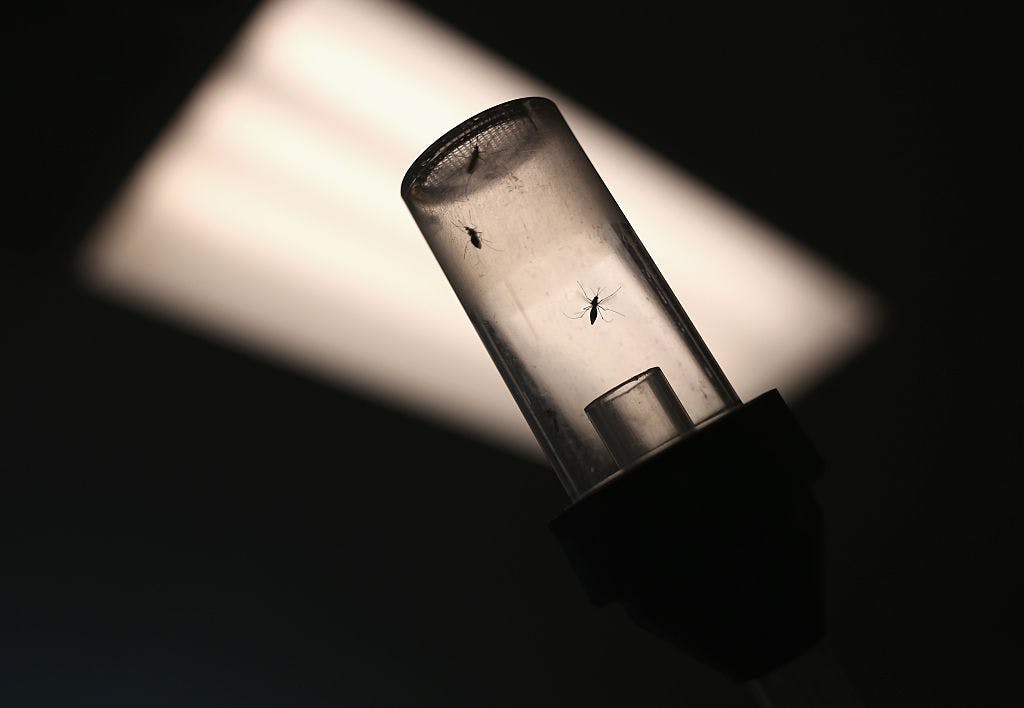 Zika Bites
Texas has confirmed its first locally transmitted case of Zika, the Texas Department of State Health Services announced on Monday. The mosquito-borne virus was found in a 43-year-old woman in Brownsville. Texas is just the second place in the U.S. that Zika has showed up as a locally transmitted illness—meaning the virus wasn’t contracted while traveling out of the country—with the first cases identified in Miami earlier this year. Zika is linked to microcephaly, a birth defect that causes an abnormally shrunken head. In July, the first Texas baby with Zika-related microcephaly was born in Harris County. The state’s most updated count of total known Zika cases was at 257 as of last week, with all of those cases marked as being contracted during travel. Despite the troubling news, Texans still shouldn’t freak out about Zika. “We knew it was only a matter of time before we saw a Zika case spread by a mosquito in Texas,” Dr. John Hellerstedt, DSHS commissioner, said in a press release. “We still don’t believe the virus will become widespread in Texas, but there could be more cases, so people need to protect themselves from mosquito bites, especially in parts of the state that stay relatively warm in the fall and winter.” State and local health workers are still investigating how the woman contracted the virus, and they’re going door-to-door in the twenty-block radius around the the woman’s home, screening neighbors, asking them to fix up any potential mosquito breeding areas on their property, and requesting voluntary urine tests, according to the Washington Post. After the locally transmitted case was announced, DSHS also said it would be reinstating a Medicaid benefit for mosquito repellant through December, according to the Texas Tribune.

Critical Cuts
Disabled kids in Texas are about to be a lot worse off than they were before. That’s because the state is set to slash millions of dollars in payments for therapy providers who work with disabled children, according to the Dallas Morning News. The legislature approved $350 million in federal and state Medicaid cuts last year, mostly aimed at therapy services for disabled kids, but the cuts were temporarily blocked by the Texas Supreme Court before they were supposed to go into effect after a group of therapy provides and families of children who rely on such services filed a lawsuit. The state ultimately won that court battle, so now we’ll see these cuts go into effect on December 15. As the Houston Chronicle notes, the therapy situation pre-cuts wasn’t exactly ideal to begin with. Under the current funding situation, providers can barely afford to offer therapists competitive salaries. “It’s really the last place they should cut cost rather than the first place,” one provider told the Chronicle.

No Vote
The last time we checked in with Art Sisneros, one of Texas’s 38 presidential electors, the “forty-year-old industrial welding supplies salesman from Dayton” said he wasn’t sure if he’d cast his vote for President-elect Donald Trump or not. “I’ve got three options—to vote for Trump, to be faithless and vote for somebody else, or to resign,” he said. And it looks like he went with door number three. According to Politico, Sisneros recently announced in an obscure blog post that he has decided to step down. According to the blog post, when mulling his options, Sisneros turned away from the processes of American democracy and delved into the good book instead. “I do not see how Donald Trump is biblically qualified to serve in the office of the Presidency,” Sisneros wrote. “If Trump is not qualified and my role, both morally and historically, as an elected official is to vote my conscience, then I can not and will not vote for Donald Trump for President. I believe voting for Trump would bring dishonor to God.” Sisneros’s reasoning really makes you think about how God felt about our past presidents—like, for instance, what did the guy upstairs think when we elected William H. Taft? Dude literally got stuck in a bathtub once.

Bottom Feeders
It’s been a rough season for college football fans in Texas, and nowhere is our sorrow more evident than this week’s Associated Press top 25 poll. There are zero Texas teams on that list. Don’t believe it? Go ahead, look for yourself. It’s sad, but true. According to the AP, this is the first time in nearly twenty years that the top 25 showed Texas no love. The last time Texas didn’t land a single team on college football’s most exclusive list was September 14, 1997. This season started out with so much promise—in week two, five teams from Texas cracked the top 25—but things quickly fell apart for Texas, TCU, and Baylor, while Houston and Texas A&M managed to maintain solid if unimpressive overall records. Texas is in serious danger of losing out on the season’s final poll. That’s only happened two times, in 1965 and 1967. It’s pretty much up to the Cougars and Aggies to keep the state from reaching those depressing depths again. If Houston (9-3) and Texas A&M (8-4) win their bowl games, they could end up in the season’s final top 25 poll.

After finding a WWII Purple Heart in the garbage, two Midland men tracked down its rightful owner KOSA