“It’s me Sean. I had the TriLateral commission pitch in, then i went to the Illuminati. They were really cheap, so Stewie covered the rest.”

—Mark Cuban, on Twitter. The Texas billionaire’s sarcastic response was aimed at Fox television personality Sean Hannity, who had tweeted earlier asking the Internet who was “bankrolling” the recent protests against Donald Trump’s refugee ban. 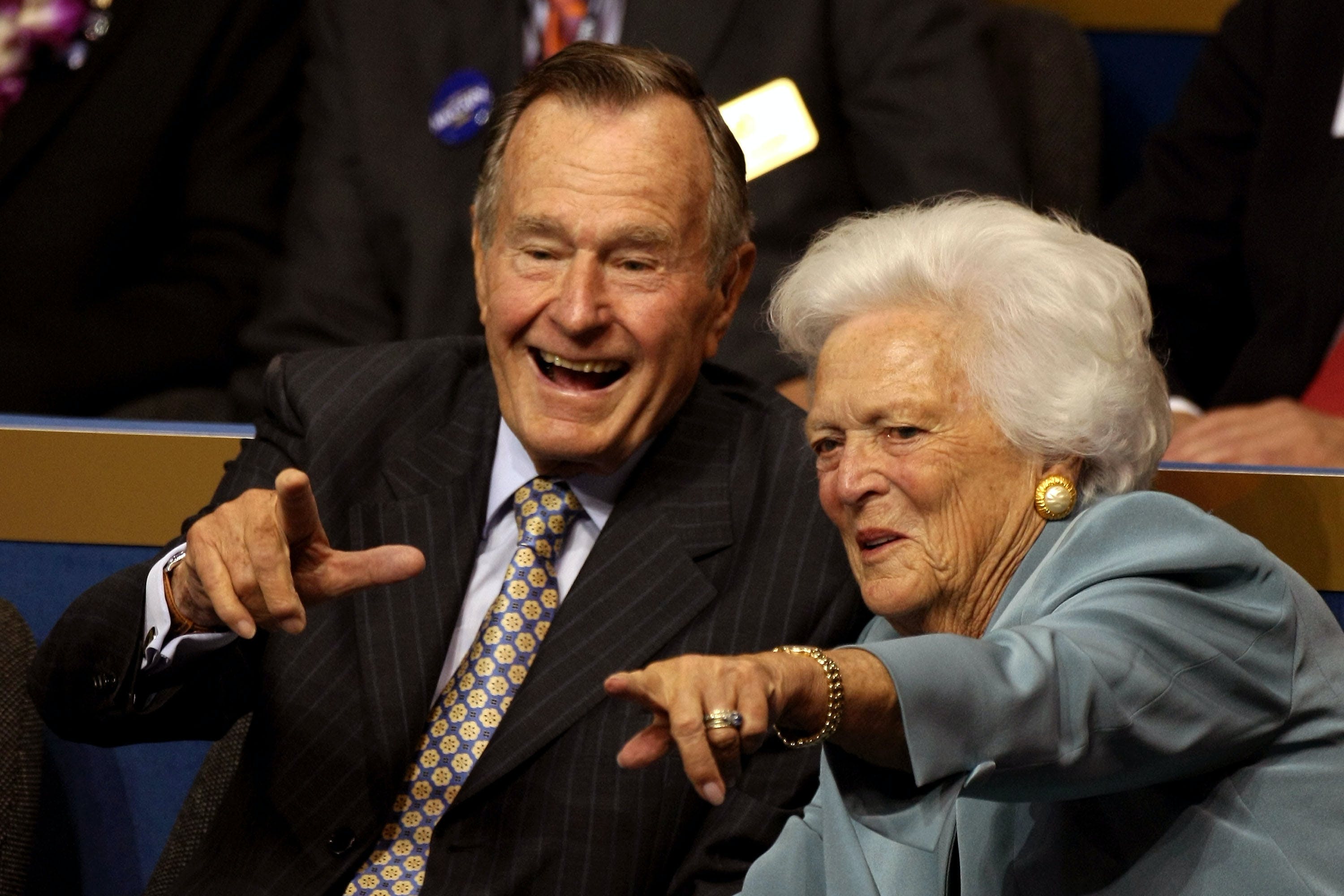 Discharged
Former President George H.W. Bush was finally released from Houston Methodist Hospital after spending over two weeks receiving treatment for pneumonia, according to the Houston Chronicle. “He is thankful for the many prayers and kind messages he received during his stay, as well as the world-class care that both his doctors and nurses provided,” a family spokesman said in a statement. Bush, 92, checked into Houston Methodist more than two weeks ago after experiencing respiratory problems. After a few days inside, he was soon placed in the hospital’s intensive care unit and required intubation for 48 hours before steadily recovering and making it back to a regular hospital room on January 23. The ordeal was quite a scare for both the Bushes: George’s 91-year-old wife, Barbara, was also hospitalized for five days while Bush was in the ICU, though she was only hospitalized as a precaution while receiving treatment for bronchitis. It’d probably be best for Bush to take it easy, but, according to Fox Business, the National Football League wants to trot him out onto the field at this weekend’s Super Bowl in Houston to be the big game’s honorary coin-flipper (Fox, which cited anonymous sources in the report, said Bush had neither accepted nor declined the invite; a Bush family spokesman and the NFL both declined to comment to Fox about the story).

Cruz Supports Ban
After a few days of silence following President Donald Trump’s executive order that temporarily prevents people from seven majority-Muslim countries from entering to the United States, Senator Ted Cruz came out on Monday and fully supported the presidential action, according to the Washington Post. “In contrast to the hysteria and mistruths being pushed by the liberal media, President Trump’s executive order implements a four-month pause in refugee admissions so that stronger vetting procedures can be put in place,” Cruz said in a statement. “This is a commonsense step that the American people overwhelmingly support.” It’s unclear what Cruz meant by “hysteria and mistruths.” But he could have been, in part, alluding to the protests that unfolded over the weekend as hundreds of people were detained in American airports, deported, or not allowed to board their U.S.-bound flights, including women, children, and elderly people.

Not Horsing Around
This year’s Fort Worth Stock Show and Rodeo has turned deadly for two horses, according to the Fort Worth Star-Telegram. A bucking horse died Sunday night after it barreled into the wall and sustained a spinal chord injury during a saddle bronc event at Will Rogers Coliseum. Another horse died following a similar incident during a saddle bronc event at the rodeo on January 16. Sunday’s incident was caught on video, and it was a pretty grotesque scene. The nine-year-old horse crashes into the wall and goes down immediately, collapsing into a heap as it flails its limbs and about ten cowboys run to its aid, eventually rolling it onto an orange mat and towing it out of the arena with a tractor. It’s apparently highly unusual for animals to die while competing in rodeo events. Jed Pugsley, the livestock program administrator for the Professional Rodeo Cowboys Association, told the Star-Telegram that it’s “very, very rare, especially to have two at the same rodeo,” and he said surveys completed at each PRCA event show that the injury rate for animals is less than 0.0005 percent.

Coming Together
An online GoFundMe campaign to raise funds for a Victoria mosque that burned down over the weekend is already approaching $1 million. As of Tuesday morning, the campaign had raised $952,000 to rebuild the mosque, far surpassing its $850,000 goal. Investigators have not yet determined the cause of the fire, and a Victoria city spokesman told the Victoria Advocate that the investigation could take weeks or even months. Meanwhile, mosque members are already planning for the future. According to the Advocate, mosque officials have contacted demolition companies to get rid of the rubble so they can rebuild a new, more secure mosque, with a steel frame rather than a wooden one, and they’re seeking for input on the new mosque’s design from the community, which has been extremely supportive since the fire. “I think every single person in Victoria supports us,” one mosque member told the Advocate. “I’m proud to be and live in Victoria.” There are few concrete plans for the new mosque, but one thing seems certain: it’ll be even bigger than it was before.