—Lonnie Morris, of Plano, to WFAA. Morris’s dream? Disney. He eats, breathes and sleeps the entertainment world’s preeminent corporate behemoth. His Collin County home is basically Texas’s version of Disneyland—it’s packed with more than 9,000 Disney-related collectibles, and he’s been to every Disney theme park in the world (except for Shanghai, but that one just opened in June, so cut Lonnie some slack). You do you, Lonnie. You do you. 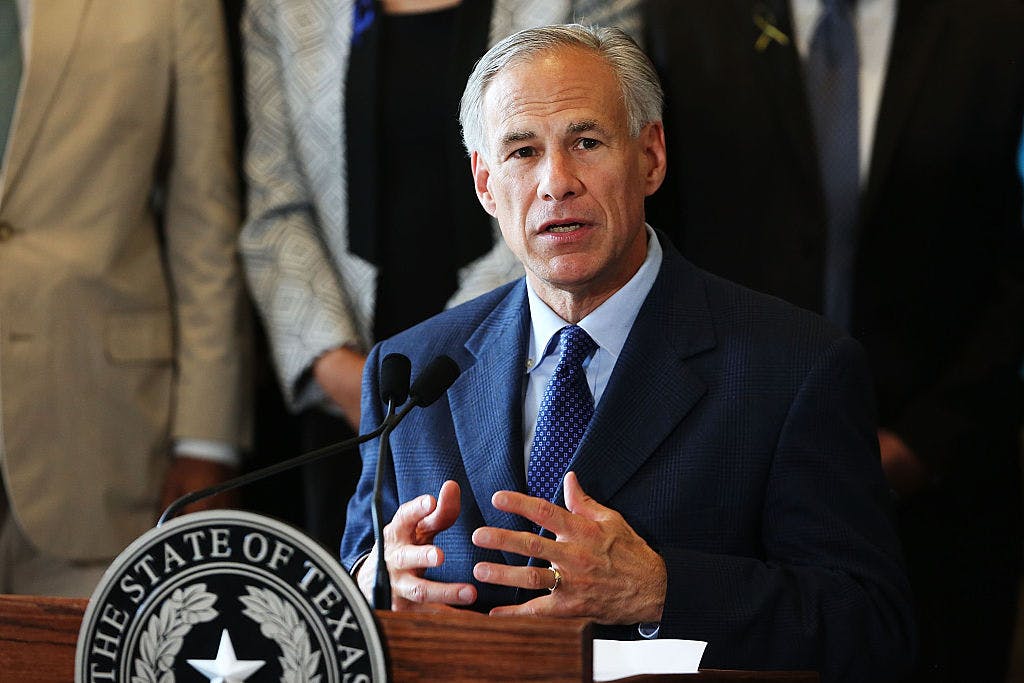 No Sanctuary
Ever since Donald Trump was elected president, colleges across the country—and especially in Texas—have been facing pressure from student groups and faculty to make their campuses sanctuaries for undocumented immigrants. Petitions with thousands of signatures in support of sanctuary campuses have circulated this week at the University of Texas at Austin, Texas A&M, Texas State, Texas Women’s University, and the University of North Texas, and the movement appears to be gaining momentum. Faculty at A&M scored a meeting with top university officials to discuss the issue, while students at North Texas and Texas Women’s University staged a walkout and marched throughout Denton on Thursday. But Governor Greg Abbott is just not having it. On Thursday, Abbott promised he’d slash funding for any Texas school that becomes a sanctuary campus, according to the Texas Tribune. “Texas will not tolerate sanctuary campuses or cities,” Abbott wrote in a tweet. “I will cut funding for any state campus if it establishes sanctuary status.” It’s unclear how, exactly, Abbott would follow through on that threat. According to the Huffington Post, Texas’s funding for colleges goes through the state Lege, so Abbott would have to take that route if he plans to cut off the flow of money. That would probably be difficult. “If the governor is going to follow through with his threat to veto funding to universities, he will have only done so with the acquiescence of the House and the Senate, and I doubt that would ever happen,” State Representative Trey Martinez-Fisher, a Democrat from San Antonio, told the Huffington Post. Abbott made a similar threat earlier this week, claiming on Fox News that he had already cut funding from Texas cities and counties that are considered sanctuaries for undocumented immigrants. But according to the Dallas Morning News, he never actually did such a thing.

Fetal Funerals
Add the expected high costs for funeral parlors to the list of many concerns surrounding the state’s new rule requiring the burial or cremation of fetal remains (the first and foremost concern, of course, is that the rule is yet another attempt by the state to restrict access to safe abortion services for women). According to the Texas Tribune, the Texas Funeral Directors Association says the costs associated with the new rule are far higher than the state’s projections, and could saddle those requiring services with thousands of dollars in fees that they would not have had to pay before the rule. In the past, funeral homes would typically cremate the tissue from miscarriages for free for parents who wanted a funeral, but that will probably have to end now that the demand for fetal cremations will be a lot higher. “What had always been pretty much a charitable process is now going to become costing quite a bit of money,” a spokesman for the Funeral Director’s Association told the Tribune.

Lost Lizards
The last time U.S. Fish and Wildlife Service workers saw hundreds of endangered blind salamanders, they were safe and sound in their tanks at the federal sanctuary in San Marcos. When workers returned after the Thanksgiving break, however, the lizards were gone. Poof. Nowhere to be found. No one seems to know for sure what happened to these little guys, according to the San Antonio Express-News. They could have been devoured by a predator who snuck into the building, but there were no, uh, uneaten bits of salamander or blood inside the tanks. They could’ve been stolen, but police said there were no signs of forced entry, no witnesses, and no video surveillance. They don’t have any suspects. It’s unclear if other possibilities, like alien abduction or a lizard-organized jailbreak, have been seriously considered. If you see a pack of three hundred blind salamanders roaming around, please alert the authorities.

Do It For The ‘Gram
Aren’t you dying to know what the most Instagram-popular place in Texas is? Of course you are! Well, we know where it is, but you have to guess before we tell you. Nope, it’s not Big Bend, but good try. If you guessed the San Antonio River Walk, you’d still be wrong, but a little less wrong than everyone else, because that’s the second-most Insta’d spot in the Lone Star State, according to a recent list from USA Today. Number one, for some reason, is the Dallas/Fort Worth International Airport. We don’t know why. It’s very strange. There are certainly more Instagram-worthy places in this big, beautiful state. As the Fort Worth Star-Telegram notes, the high ranking probably has everything to do with DFW being the fourth busiest airport in the world—USA Today used Instagram’s geo-tagging feature to compile the list, so the sheer volume of pic-snapping passengers traveling through DFW likely propelled the airport to the top spot.

Is Texas the next anti-vaccine war zone? Science Magazine

If you’re going to brag about stealing guitars signed by Willie Nelson, please make sure you hang up the phone with the police on the other line first San Antonio Express-News