—San Antonio Fire Department spokesman Woody Woodward to KSAT. According to the fire department, a San Antonio home caught on fire after a neighbor’s 100-pound tortoise named Bits knocked over a heating lamp in its outdoor cage. The house reportedly suffered “major damage,” but Bits luckily escaped pretty much unharmed, save for a little singe on his leg. 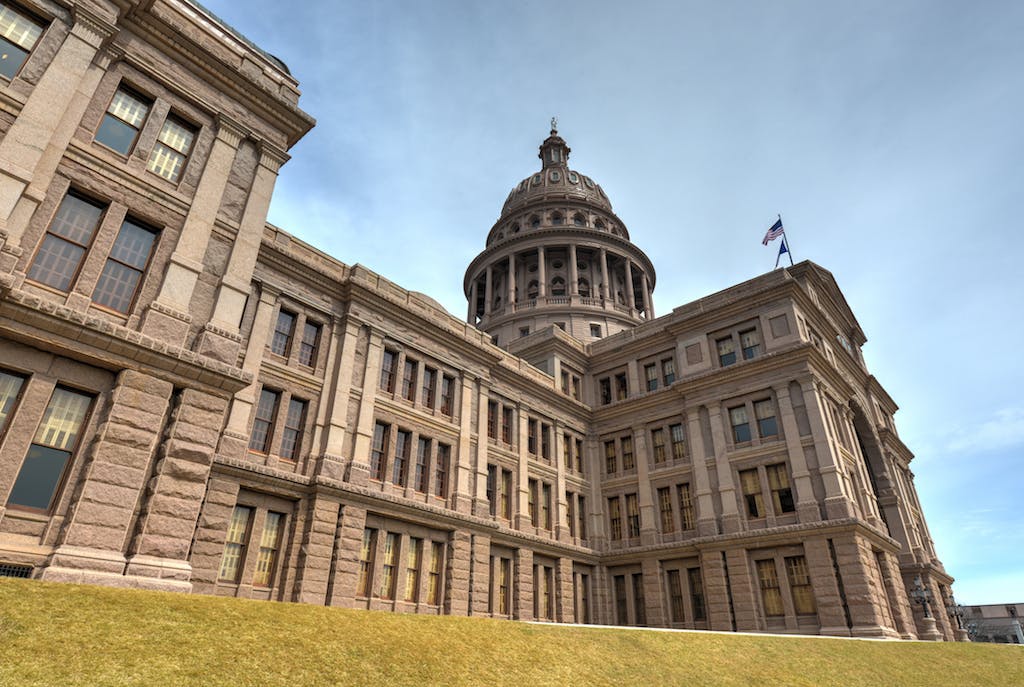 Day One
Opening day of the eighty-fifth session of the Texas Legislature was, as expected, fairly eventful. Things were all “pomp and circumstance” inside the Capitol, as lawmakers put on their Sunday best and caught up like old pals after a long break, according to the Texas Tribune. The Austin American-Statesman went so far as to describe the scene as full of “bipartisan bonhomie.” Everything is fine! “We may bring different political perspectives, but we unite under one Capitol dome for a cause that is bigger than any one person or any political party,” Governor Greg Abbott told the Senate. “It is the cause that makes Texas more than just a state. It is the cause that makes Texas a passion.” Meanwhile, protest groups gathered outside of the Capitol, which is perhaps more reflective of the tensions over upcoming hot-button issues like bathroom access for transgender people, education, abortion, immigration, and guns. But on Tuesday, the show went on without many surprises. State representative Joe Straus was unanimously re-elected as House Speaker, tying a record by winning his fifth consecutive term in that role, according to the Tribune. There was really only one hiccup: State representative Dawnna Dukes, a Democrat from Austin, surprised a few folks when she showed up to be sworn in, apparently reneging on a promise she made in September to step down. At the time, Dukes cited “medical reasons” for giving up her seat, though she’s also under investigation for misuse of public money (the Texas Rangers will be taking her case before a Travis County grand jury next week, according to KXAN). Anyway, opening day is officially in the books, and there’s a long road ahead for everyone in the Lege.

Pat-Down Problems?
Austin police are investigating whether officers broke protocol when a nineteen-year-old shot and killed himself in the backseat of a police car in downtown Austin on Sunday. According to the Austin American-Statesman, Zachary Khabir Anam was arrested on Sunday for allegedly shoplifting at the Barton Creek Square mall, and as police transported him—handcuffed in the backseat of their cruiser—to police headquarters to be fingerprinted, he managed to get ahold of a gun he was carrying by somehow maneuvering his arms around the right side of his body, laying down on the seat, and putting his head in front of the muzzle before he shot himself. Anam was transported to the hospital with critical injuries, and a family spokesperson confirmed that he died on Monday. Interim Chief of Police Brian Manley told reporters on Tuesday that he couldn’t confirm reports that the officers involved in the incident didn’t properly search Anam before he was taken into custody, but he did say that the driver of the police car and an officer who was driving another car behind Anam’s were both placed on administrative leave.

War On Eagle
A bald eagle was shot and left for dead in Anahuac, near Houston, on Monday morning, and law enforcement officials think someone shot the rare bird on purpose. “Nothing surprises me anymore,” Chambers County Sheriff Brian Hawthorne told Houston’s CBS affiliate KHOU.  “I can’t fathom why someone would want to shoot a bald eagle.” A landowner discovered the fallen eagle in a pasture on Monday, and game wardens transported it to the Wildlife Center of Texas in Houston. But the bird’s injuries were too severe—most of its beak was missing and it was blinded in one eye—so it had to be euthanized. The U.S. Fish and Wildlife Commission will conduct a necropsy to try to confirm the exact cause of death, but Hawthorne said he’s convinced someone shot the eagle down. Meanwhile, there’s a $2,000 reward out there for anyone who has information leading to the arrest of the suspected shooter. Injuring an eagle is a federal crime with a punishment of up to two years in prison and a $250,000 fine.

Poll Pout
For the first time since 1967, not one single Texas school made the Associated Press’s final top 25 poll, according to CBS Sports, making 2016 a historically bad year for Texas college football. To put that in perspective, this had never happened before in the lifetime of new Texas Longhorns head coach Tom Herman. Only one Texas team even sniffed the final top 25 ranking in 2016: Herman’s old haunt, the Houston Cougars, received eight votes after finishing the season with a 9-4 record. As CBS notes, Texas’s Power Five conference teams combined for a dismal 31-32 record this year, led in mediocrity by the disappointing 5-7 Longhorns. There is, however, a glimmer of hope for next year. ESPN’s annual “Way Too Early Top 25” poll predicting next year’s top teams is already out, and two Texas teams made the cut: TCU, ranked number 19; and the Longhorns, who snuck in at number 25.