“We don’t need the Nutcrackers. They’re not essential to our lives or anything, but it’s more the hope that we catch the people that did it, so they don’t steal stuff from other people.” 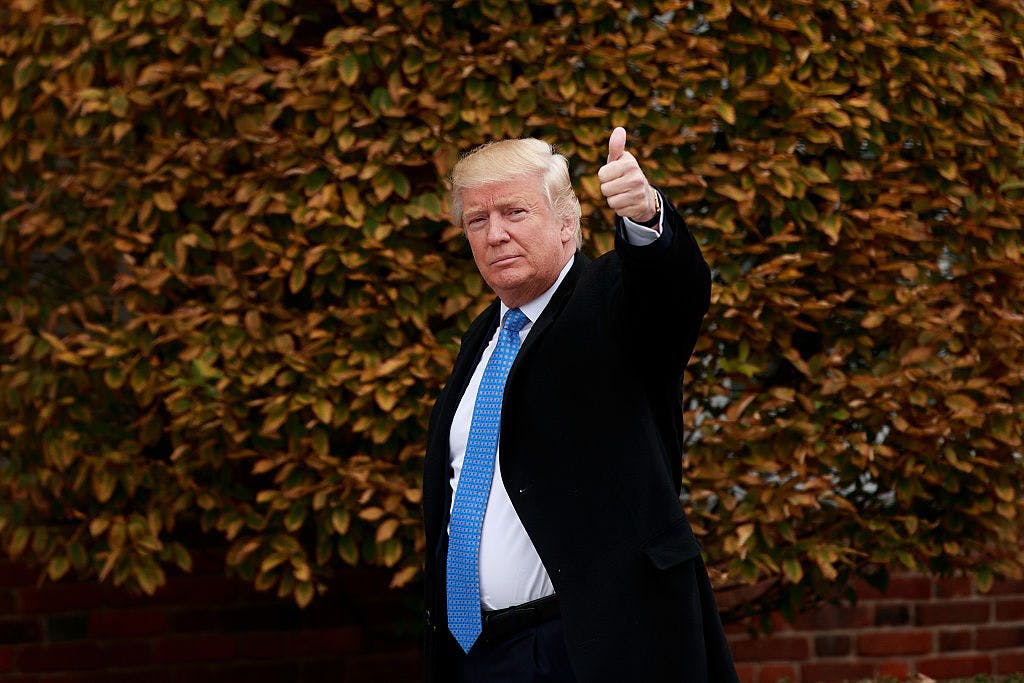 Have A Little Faith—In the end, it came down to Texas. There had been some chatter leading up to Monday’s vote that electors could go against their respective states’s Election Day results and vote against Trump in favor of Hillary Clinton, who won the popular vote. But as Monday progressed, it became clear that wouldn’t be the case. Still, there was some dissent among Texas’s electors. On Monday afternoon, the state’s 38 electors were the last to stand between President-elect Donald Trump and the 270 votes he needed to win the Electoral College. Yet, of Texas’s 38 voters, 36 voted for Trump and handed the president-elect the votes he needed, according to the Austin American-Statesman. Chris Suprun, an elector from Dallas, voted for Ohio Governor John Kasich. The other “faithless” elector, Bill Greene, cast his ballot for former U.S. Representative Ron Paul. Greene’s decision was a bit of a surprise, considering he hadn’t made his intention clear ahead of the vote. Suprun had previously written in the New York Times about his decision to vote against Trump, while another Texas elector, Art Sisneros, had publicly resigned before Monday because he didn’t want to vote for Trump. The vote was a fairly drama-filled scene, according to the Statesman—chanting from anti-Trump protesters gathered outside could reportedly be heard inside the Texas House chambers at the State Capitol in Austin while the electors were there voting. Despite the hype, however, things went pretty much as usual inside, and now it appears Trump will certainly make it to the Oval Office in January.

Hurricane Help—Houston is particularly helpless in the face of a potentially big hurricane, and our elected officials have successfully intervened in an attempt to make H-town a little safer. On Friday, President Barack Obama signed into law a bill that should speed up a planned project that would give Houston’s hurricane defense system a big boost, according to the Texas Tribune. The bill was a no-brainer, as pretty much everyone agrees that Houston and the rest of the state’s shoreline needs a “coastal spine” project to make it less susceptible to a perfect storm. The bipartisan bill was filed by Senator John Cornyn in April. The bill’s passage will require the U.S. Army Corps of Engineers to use local studies in determining how to go about constructing the “coastal spine.” Still, the project remains a long way from coming to fruition—the Corps had said earlier that construction wouldn’t start until 2024 at the earliest. The bill should mean that timeline will be shortened, although it’s impossible to say by how much.

Savage Mode—Brock Osweiler is out and Tom Savage is in as quarterback for the Houston Texans, according to the Houston Chronicle. The team benched Osweiler in favor of Savage during Sunday’s win over Jacksonville, and on Monday the Texans announced Savage would get the start in next week’s game against Cincinnati. “It’s a football decision,” head coach Bill O’Brien said, according to the Chronicle. “It’s about what’s best for the team. You have to go with what’s best for the team.” It’s understandable why O’Brien would think putting Osweiler on the bench would be best for the team, though it’s hard to fathom how far he’s truly fallen in such a short time. After joining Houston from the Denver Broncos this off-season, he was the Texans’s 72 Million Dollar Man, and there was so much hope. He was tall. He had a big arm. He was really athletic. But, as it would turn out, Osweiler has one fatal flaw: he is simply not particularly good at playing football. At least, that’s what he’s shown this season, throwing for just fourteen touchdowns while tossing sixteen interceptions. Can Savage be any worse? We’ll see.

Dinner For Two (Million)—The Center for Public Integrity revealed on Monday that a Texas-based non-profit offering extra-special access to President-elect Donald Trump in exchange for big money donations to “conservation” charities is actually led by Trump’s sons. Because of non-profit reporting requirements, the group doesn’t have to reveal the donors, meaning people could be writing million-dollar checks to get Trump’s ear, and we may very well never know who those people are. According to the report, the Opening Day Foundation was registered in Texas less than a week ago, offering million-dollar donors a chance to attend a post-inauguration party and receive a “private reception and photo opportunity for 16 guests with President Donald J. Trump,” a “multi-day hunting and/or fishing excursion for 4 guests with Donald Trump, Jr. and/or Eric Trump, and team,” as well as access to other events and “autographed guitars by an Opening Day 2017 performer.” According to a brochure for the event, “all net proceeds from the Opening Day event will be donated to conservation charities,” but the brochure doesn’t say which ones. Directing the non-profit are Trump’s sons—Eric and Donald Jr.—and two rich Dallasites: hedge fund manager Gentry Beach and Tom Hicks Jr., the oldest son of Dallas billionaire Tom Hicks.

He wasn’t fined for his Salvation Army-themed celebration, but Ezekiel Elliot is still making a donation. Dallas Morning News

Some pelicans were killed on the same stretch of highway for the second time in two weeks. Valley Morning Star