“I’ll tell you what, I don’t go in the brush by myself anymore, and if I do I take a big gun.”

—Felix Abrigo to KIII-TV. Why is Abrigo apprehensive about taking an unarmed trip into the brush? Bigfoot. Apparently Abrigo and other Bee County residents have been in some rather, uh, hairy situations lately, claiming several supposed sightings of the creature. 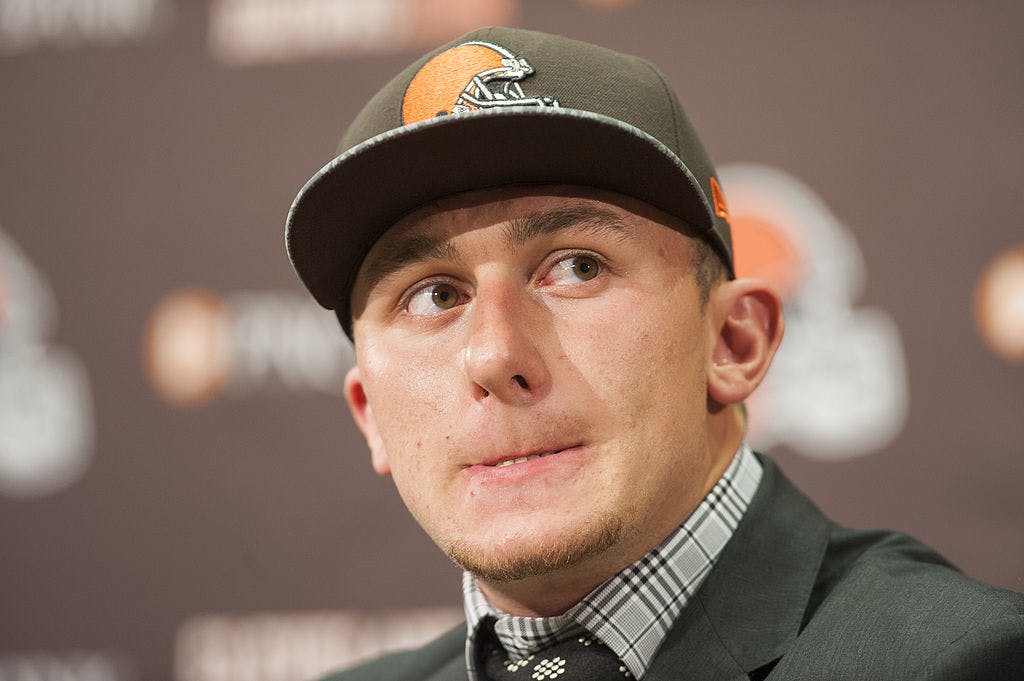 Three-Step Drop
Attorneys in Johnny Manziel’s domestic assault case have apparently reached a tentative deal that would dismiss the charges against the former Texas A&M quarterback, according to the Dallas Morning News. Manziel was indicted by a Dallas County grand jury in April and charged with misdemeanor family violence assault after his ex-girlfriend Colleen Crowley told police that Manziel attacked her during a car ride last year, hitting her so hard that she ruptured her ear drum, and threatening to kill her and himself. The court case has proceeded slowly since then, but prosecutors said in a hearing Thursday morning that they had reached a deal with Manziel’s defense team, though it’s not yet set in stone. The next hearing is scheduled for December 1, so both sides have until then to come to a final agreement. It’s unclear what the terms of the deal are, but as the Morning News notes, it could include the requirement that Manziel take some sort of class aimed at preventing future domestic violence incidents, like “anger management or drug or alcohol awareness.” Manziel is only 23 (he’ll turn 24 a few days after his next court hearing), but even with this expected dismissal of the most serious allegations made against him so far (he’s had trouble with cars lately, he’s being sued for allegedly trashing a rental home, and a recent story in Vanity Fair said he’d been using hard drugs since college), he still won’t be back playing football anytime soon, at least not in the NFL. According to ESPN, the league is still investigating the domestic abuse case, and if he somehow does manage to sign with a team, he could face a suspension of at least six games if he is found to have violated the NFL’s domestic violence policy.

Shaky Agency
The Dallas Morning News has a thorough, hard-hitting investigation into the Texas Railroad Commission’s failures to regulate the oil and gas industry by consistently denying that Texas’ string of earthquakes are caused by fracking wastewater disposal wells, even in the face of mounting evidence by respected scientists and the federal government. “The commission, while calling for ‘sound science,’ has disregarded, downplayed and at times disparaged the scientists’ work,” the Morning News writes. “Historically, the three elected commissioners have moved in step with oil and gas companies. Industry contributions fill their campaign war chests and industry operations fund most of their agency’s budget.” Some of the newspapers’ most damning findings surround commissioner Ryan Sitton, who has accepted more than $700,000 in campaign contributions since he took office last year, mostly from oil and gas executives—one of the execs apparently even let Sitton use his private jet. This story is a must-read.

Moving On
Austin Police Chief Art Acevedo is headed to Houston to take on the same gig, according to the Houston Chronicle. Acevedo will be the first Latino chief of police to head the police department of Texas’s largest city, and he’ll start later this month. It seems like a good choice for Houstonians, as Acevedo was known as a progressive leader during his time in Austin, even as he faced internal pressure for coming down hard on officers involved in fatal shootings and other instances of police brutality. As the Austin American-Statesman notes, Acevedo was very image conscious during his nine years in Austin, becoming a “local celebrity.” Again, though, his relationship with his cops wasn’t always as smooth as his relationship with the rest of the public. “The general consensus among cops is that the most dangerous place in town was between Acevedo and a camera,” a former police union president told the Statesman. Houston also announced on Thursday the hiring of its new fire chief, Samuel Peña, who arrives from El Paso, where he held the same role.

Lone Star Golden State
We are well aware that many Texans are deeply concerned that our beloved state is slowly being shaped by nefarious forces into a carbon copy of that sunny land way out west—California—but it appears the Golden State may be taking a few cues from Texas too. Texas has made a name for itself by filing lawsuit after lawsuit after lawsuit after lawsuit (after lawsuit after lawsuit…) against the federal government under Barack Obama’s administration. But with Obama’s term almost up, it’s unlikely Texas will continue to file papers against a Republican-led White House. According to the Los Angeles Times, however, California could be the state to fill Texas’s federal government-targeting shoes. Writes the Times, “the circumstance in which California finds itself recalls that of a perennial rival: Texas playing the role of chief antagonist to President Obama.” Quite a few California lawmakers seem to be on board with making California the constant thorn-in-side in order to keep Donald Trump’s hands off their sun-tanned, juice-drinking, yoga-ing lifestyle. There’s even been some chatter about a “Calexit.” You can take that one from us and keep it, California.