“I actually took a second look. When I first saw it, I said, ‘That’s a big cat, but why would a cat stay there?’”

—Eric Rodenbaugh, of Brownsville, to the McAllen Monitor. Rodenbaugh was returning home after taking his dog for a walk when he noticed something unusual: a bobcat sitting on the roof of his home. He called the fire department, which called the local zoo. On the advice of the zoo curator, the firefighters tried to build a bridge made out of lumber to connect the roof to a tree so the cat could safely get down, but while they were building the bridge, the cat jumped off the roof and escaped into a brushy area. 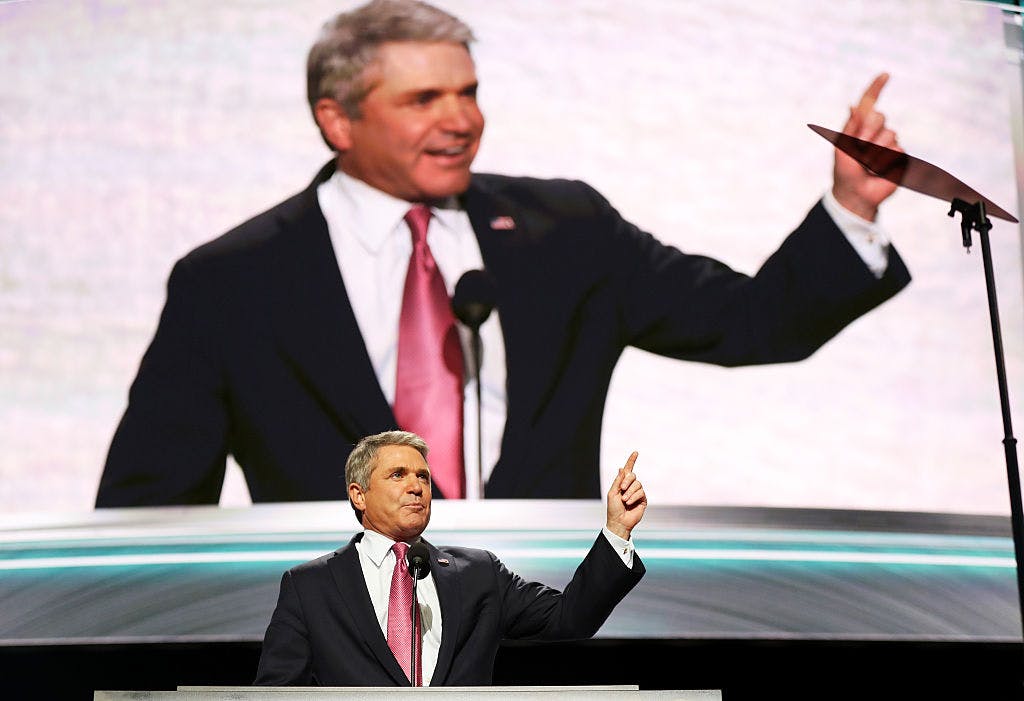 Ted In Trouble
In an act of Texan-on-Texan political violence, U.S. Representative Michael McCaul criticized Senator Ted Cruz on Tuesday, and he didn’t say for certain whether he would or wouldn’t challenge Cruz for his Senate seat. In an interview with Texas Tribune CEO Evan Smith on Tuesday, McCaul called out Cruz for putting his presidential aspirations ahead of the needs of us folks back in the Lone Star State. “I think he’s spent a lot of time since Day One running for president,” McCaul said. “I think we deserve somebody in the Senate who is going to be representing the interests of the state of Texas.” And who might that be? As the Austin American-Statesman noted, McCaul’s criticism of Cruz continued to “stoke the flames” of rumors that he’s considering taking on Ted in 2018, an idea that gained momentum after Cruz’s non-endorsement of Republican presidential candidate Donald Trump at the Republican National Convention in July. Republicans weren’t too happy with Cruz for not falling in line, even though Cruz flip-flopped and finally endorsed Trump last month. But a close loss for Trump in the general election could spell trouble for Cruz among potential supporters, providing an opening for McCaul to take a shot at his Senate seat. After landing the earlier punch, McCaul did say that he believed Cruz has showed an effort to make up for his long Texas absence as of late, telling the Tribune that “I do think after this election cycle that he has come home, that he realizes… you have to mind the store back home, and I do think he has traveled the state in an effort to get that back on track.”

Everything Is Fine
Good morning! Here’s a quick reminder that the election is not rigged and voter fraud is so rare that it’s statistically insignificant. Early voting began on Monday, and reports have already popped up that some Texas voters, particularly in North Texas, are claiming that voting machines “switched” their ballots from selecting Republican presidential nominee Donald Trump to selecting Democratic candidate Hillary Clinton. According to the Dallas Morning News, elections officials said such allegations were either false or the result of human error. In other words, no one is messing up your ballot but you. Tarrant County’s election administrator Frank Phillips told the Fort Worth Star-Telegram that his office received two complaints alleging “ballot-switching,” but that his office investigated and found that “the voter did not follow the directions for straight-party voting when they inadvertently click the ‘enter’ button or turn the wheel, causing the change in votes.” He also said the machines were working just fine. Meanwhile, according to the Texas Tribune, Texas’s new voter ID rules are causing confusion at the polls, and though it’s unclear if anyone has been turned away yet, civil rights advocates are concerned that local election officials who don’t fully understand the new changes might be scaring off eligible voters by saying they need a photo ID.

Bathroom Business
More than two hundred small businesses in Texas joined forces and published a letter on Tuesday opposing any potential state legislation that would ban transgender people from using the restrooms that corresponds to their gender identity, according to the Austin American-Statesman. In the letter, which you can read in full here, the businesses warned of the “economic damage” that would come from such a bill, which Lieutenant Governor Dan Patrick has urged the Lege to put forth. “That kind of legislation doesn’t just go against our values to be welcoming to everyone, it jeopardizes the businesses we’ve worked so hard to create, and it threatens the jobs and livelihoods of everyday Texans,” the letter says. “We want Texas to stay open for business for everyone.” The letter is signed by businesses from all over the state and is still open for signatures. As the Statesman notes, this further sets the stage for what was already going to be a heated debate over LGBT rights once the legislative session kicks off in January.

Merci Beaucoup, Y’all
A Texas couple just donated their massive and prized art collection to a famous French art museum, according to the New York Times. Texas art collectors Marlene and Spencer Hays signed an agreement with France on Saturday during a fancy (because France) ceremony at the Élysée Palace, and French President François Hollande named both of them commanders of the Legion of Honor. Their collection, which consists of more than six hundred pieces of art, will go to the Musée d’Orsay after the couple passes away. This is the biggest foreign donation of art in France since World War II, and according to Artnet, the bundle is worth more than $380 million. It’s mostly nineteenth and twentieth century art, and includes masterworks by painters such as Henri Matisse, Edgar Degas, and Amedeo Modigliani. The Hayses, both 80, first visited France in the 1970s and quickly fell in love with the culture. But they weren’t always Francophiles. “We were both raised in a small town,” Spencer Hays told Radio France last weekend. “We didn’t have any money. Back then, the only thing I knew about Paris and France was the city called Paris, Texas, 70 kilometers from where I lived.”